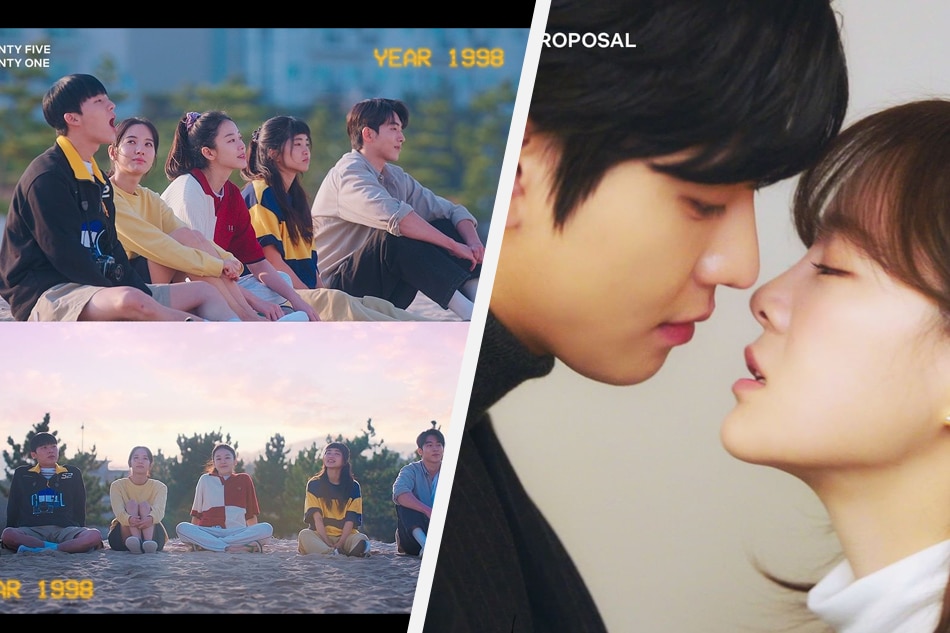 Despite the eased restrictions amid the COVID-19 pandemic, many Filipinos may still want to spend Holy Week quietly in the comfort of their homes. And if you’re still wondering what to do over the long weekend, you can take advantage of this break to watch new series or catch up on some of your favorites.

Here are some of the K-drama series you can watch on Netflix, Viu and streaming platforms this holy week.

The series revolves around Shin Ha-Ri going on a blind date, replacing her friend Jin Young-Seo. Thinking she would be rejected, Ha-Ri was surprised to learn that her date was Kang Tae-Moo, the CEO of the company where she works. Things got more complicated when Tae-Moo proposed to Ha-Ri, who is impersonating Young-Seo.

This series sheds light on the love story formed between Na Hee-Do, a member of her school’s fencing team, and Back Yi-Jin, the son of a businessman. The two would be directly affected by the financial crisis in South Korea as Hee-Do’s fencing team disbanded, while Yi-Jin’s family business went bankrupt.

With: Park Min-young, Song Kang, Yoon Park and Yura
Where to watch: Netflix

It follows how love unfolds between Jin Ha-Kyung and Lee Shi-Woo, who both work at the Korea Meteorological Administration. The story features parallels in predicting rain and shine and maintaining the romance between a diligent forecaster and a free-spirited colleague.


My roommate is a Gumiho

With: Jang Ki-yong and Lee Hye-ri
Where to watch: Netflix

The story follows how Lee Dam, a college student, has to live with Shin Woo-Yeo, a teacher and a 999-year-old nine-tailed fox. Lee Dam and Woo-Yeo crossed paths when the former’s friend slept on the latter’s expensive car. An unexpected turn of events occurred when they first met, which could result in the deaths of Lee Dam and Woo-Yeo losing their chance to become a human.

With: Son Ye-jin, Jeon Mi-do and Kim Ji-hyun
Where to watch: Netflix

It follows the story of three 39-year-old women busy with their careers. Cha Mi-jo owns her dermatology clinic, while Jeong Chan-young is a drama teacher. Meanwhile, Jang Joo-hee works as a cosmetics manager at a department store.

With: Ahn Bo-hyun and Jo Bo-ah
Where to watch: Viu

Do Bae-Man and Cha Woo-In are both military prosecutors but motivated by different reasons. Bae-Man seeks to get rich through hard work while Woo-In is an excellent investigator and seeks revenge. The two will eventually work together where Bae-Man will grow into a true prosecutor.

With: Han Hyo-joo, Park Hyung-sik and Jo Woo-jin
Where to watch: Netflix

Taking inspiration from the hit series “All of Us Are Dead”, this show is an apocalyptic thriller set in a high-rise building where an infectious disease breaks out. The building will be cordoned off, leaving tenants struggling to survive and trusting no one for them.

With: Kim Hye-soo, Kim Mu-yeol and Lee Sung-min
Where to watch: Netflix

This follows how an elite judge, Sim Eun-Seok, deals with juvenile offenders in a local juvenile court. Eun-Seok breaks custom and carries out her own ways of punishing underage offenders, who become increasingly violent and cruel.

The series focuses on former lovers Choi Ung and Kook Yeon-Su, who broke up five years ago. However, a documentary they created in the past resurfaced and went viral, which led to them meeting again. The complicated feeling and growth will be evident when they cross paths again.

With: Rain, Kim Bum, Uee and Son Na-eun
Where to watch: Viu

It will follow the story of an arrogant doctor Cha Young-MIn who unexpectedly lost his mind to another doctor’s body. They are, however, complete opposites in personality and medical ability.