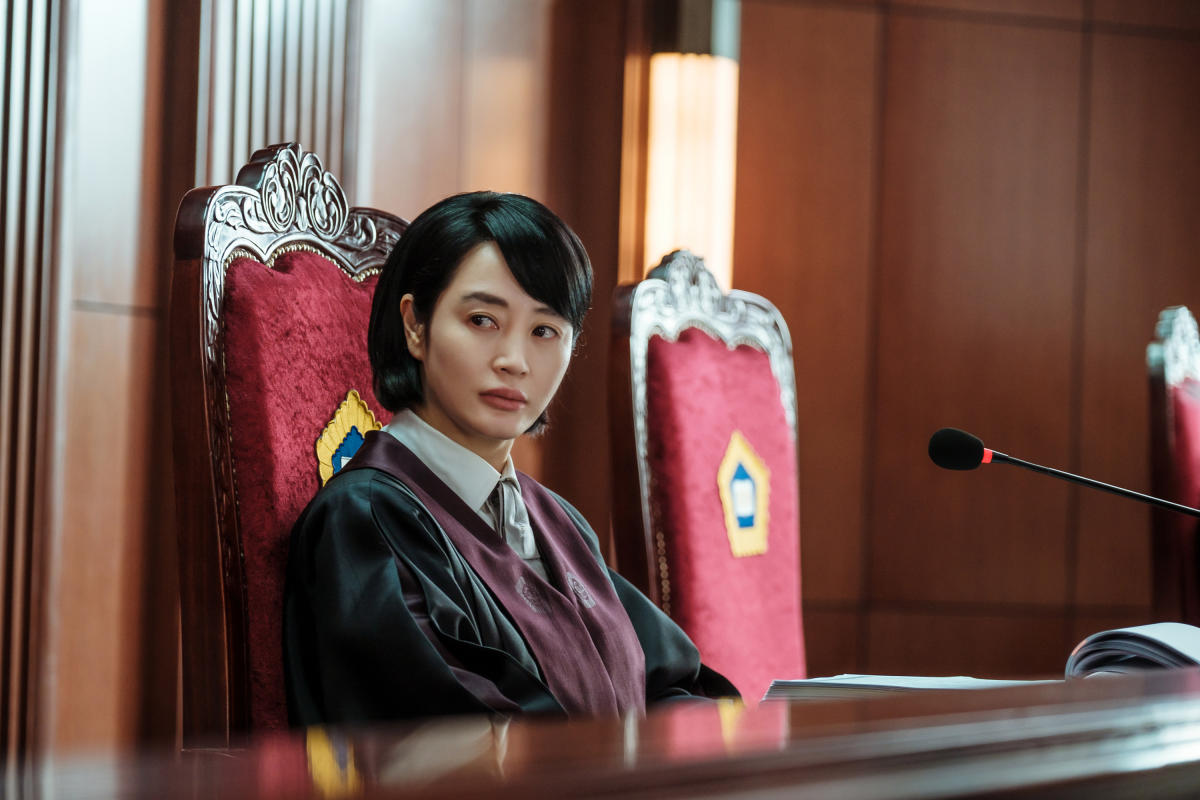 A court drama about child criminals

This review covers the first two episodes of Juvenile Justice.

Juvenile Justice follows the story of an elite judge Sim Eun-seok (Kim Hye-soo), who hates juvenile offenders but is appointed as a judge of a juvenile court. As she struggles with her dislike of these juvenile criminals, she must tackle complex cases in juvenile court and later realizes how much society is responsible for the malicious behavior of children as well.

At first glance, Juvenile Justice is quite different from the usual K-drama which tends to have hints of romance or comedy. A dark and solemn tone runs through the story, as it deals with the rights of minors – a minor is not subject to the same laws as an adult, which can lead to controversial penalties – and young people committing incredibly heinous crimes.

Sim strongly believes that minors should be severely punished for their misdeeds, often meting out the maximum sentence to the offender. Giving in and being kind to them, just because they are young and “naïve”, will not make them learn from their mistakes and understand the consequences of their actions.

While it may represent an extreme ending, it’s not hard to see where it came from. The drama also ensures that the audience can grasp his point of view by having him ask pointed and rhetorical questions of those who side with the accused.

Despite her cold and strict appearance, Sim possesses an oddly strong desire to help victims, as if she holds a personal grudge against juvenile criminals. Working overnight, relentlessly searching for evidence and even actively trying to catch a suspect seems like part of a normal work day for this unusual judge.

Kim Hye-soo, known for starring in Signal (2016) and Hyena (2020), delivered a captivating performance of the seemingly unsympathetic Sim. As she mindlessly spits out her thoughts in an attempt to make sense of an offender’s family member, she watches with deep, sad eyes. There’s just something she’s not telling us (yet).

Juvenile justice is also used to consider whether juvenile offenders should go to jail or can escape harsh sentences by exploring various serious juvenile crime cases. The dilemma raised is the following: how serious must a crime be for it to justify the severity of the sentence?

Although juvenile justice may seem too dark a drama for many to enjoy, especially after a long day, it can still be worthwhile if you enjoy delving into philosophical questions that seemingly have no right or wrong. answers.

Get more TV and movie news from Yahoo Life at our Entertainment page.