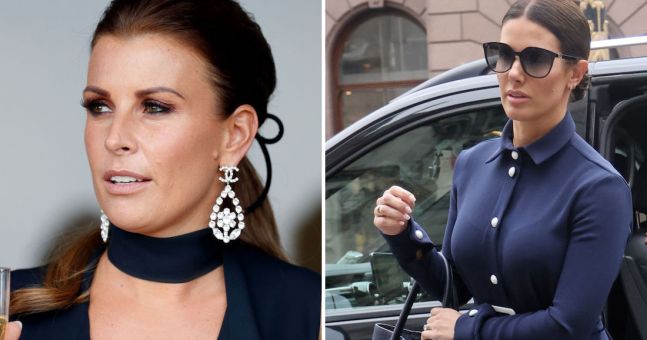 A two-part drama series about the Wagatha Christie trial is in the works.

There are reports that the slanderous drama between Coleen Rooney and Rebekah Vardy is set to be made into a TV series.

Vardy v Rooney: A Courtroom Drama will air on Channel 4.

Coleen and Wayne Rooney and Rebekah and James Vardy will all be played by actors. However, the cast has yet to be announced.

The court case will be featured on the show with producers using transcripts from the actual trial.

The reaction of the media and the public will also be very present in the series.

The show is believed to feature explosive scenes that unfolded in court earlier this summer.

Oonagh Kearney will direct the series.

She said it was bound to be a gripping watch given the public interest in the case.

“This trial has completely captivated audiences with its daily stream of entertaining exchanges and jaw-dropping revelations.

“But behind it all is the story of two women under constant public scrutiny, fighting for their reputations.”

The producers said they wanted to show the public what happened in the courtroom because very few people got to see what happened.

“The trial…captivated the whole nation, but very few people got to see what happened in the courtroom,” said creative director Tom Popay.

The team hopes to tell the story in a “unique” way.

They also want the public to see what really happened during the trial.

“We hope we can find out how much this case has fascinated and amazed so many people.”

News of the show comes after Wagatha Christie’s verdict date was confirmed.

It is understood that the verdict will be delivered tomorrow, July 29.