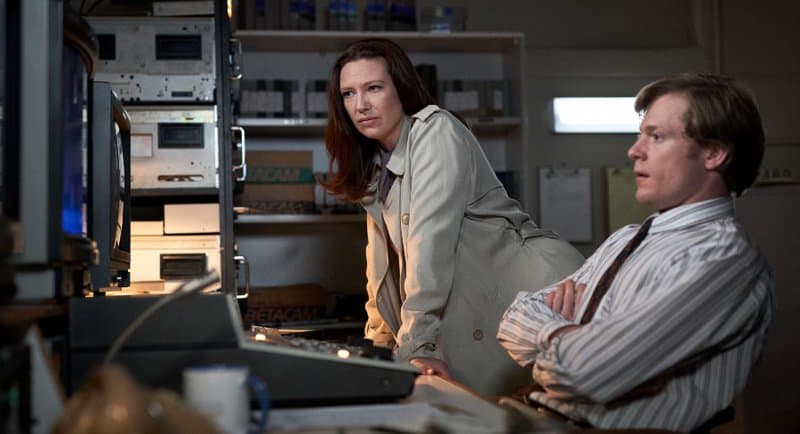 A year after the events of the first series, the public met Helen Norville (Anna Torv) and Dale Jennings (sam reid), now established as “The Golden Couple of News”.

To the outside world, they present a glowing image of success and romance. But the truth is more complex. As 1987 rolls on, global stocks will soar and crash, Australia will prepare to celebrate its bicentenary, and Helen and Dale wonder who they really want to be in life – and if that path can be together. ..

Award-winning actress Anna Torv said: “I am so delighted that production has started on the second season of The Newsreader. The scripts that Michael and the writers have put together are fantastic and I couldn’t be happier to know where the show will take the characters in this new season.

The first season won the 2021 AACTA Award for Best Drama Series and was nominated for Most Outstanding Drama Series at this year’s TV Week Logie Awards.

Creator and producer of series, Michael Lucas said: “It’s so exciting to see the whole ‘News At Six’ team back in action. 1987 and 1988 provided us with an incredible canvas in terms of drama, music, fashion, and most importantly, hair, and we’re thrilled to have our entire ensemble cast back for season two, with fantastic new additions.

ABC Script Production Manager Sally Riley said: “We are thrilled to be underway on the second season of The Newsreader from the incredibly talented team at Werner Film Productions.

“The combination of real-life news events from the era and the extraordinary cast of characters in ‘News at Six’ resonated so strongly with our ABC audience – we look forward to sharing another season with them in 2023. “

They will be joined in season 2 by an international actor Daniel Gillies (The Originals, Virgin River, Coming Home in the Dark) and Philippa Northeast (Far from home).

Minister of Creative Industries, Steve Dimopoulos said, “Our $191.5 million VCSCREEN strategy energizes our local screen industry by investing in our exceptional local productions like The Newsreader.

“This is compelling, uniquely Australian entertainment that showcases some of our best talent – and the people behind the scenes who make it shine.”

Produced by Werner Film Productions, The newsreader season two will be led by the executive producer Emma Freeman (2021 AACTA Award for Best Dramatic Direction) and will air on ABC TV and ABC iview in 2023.