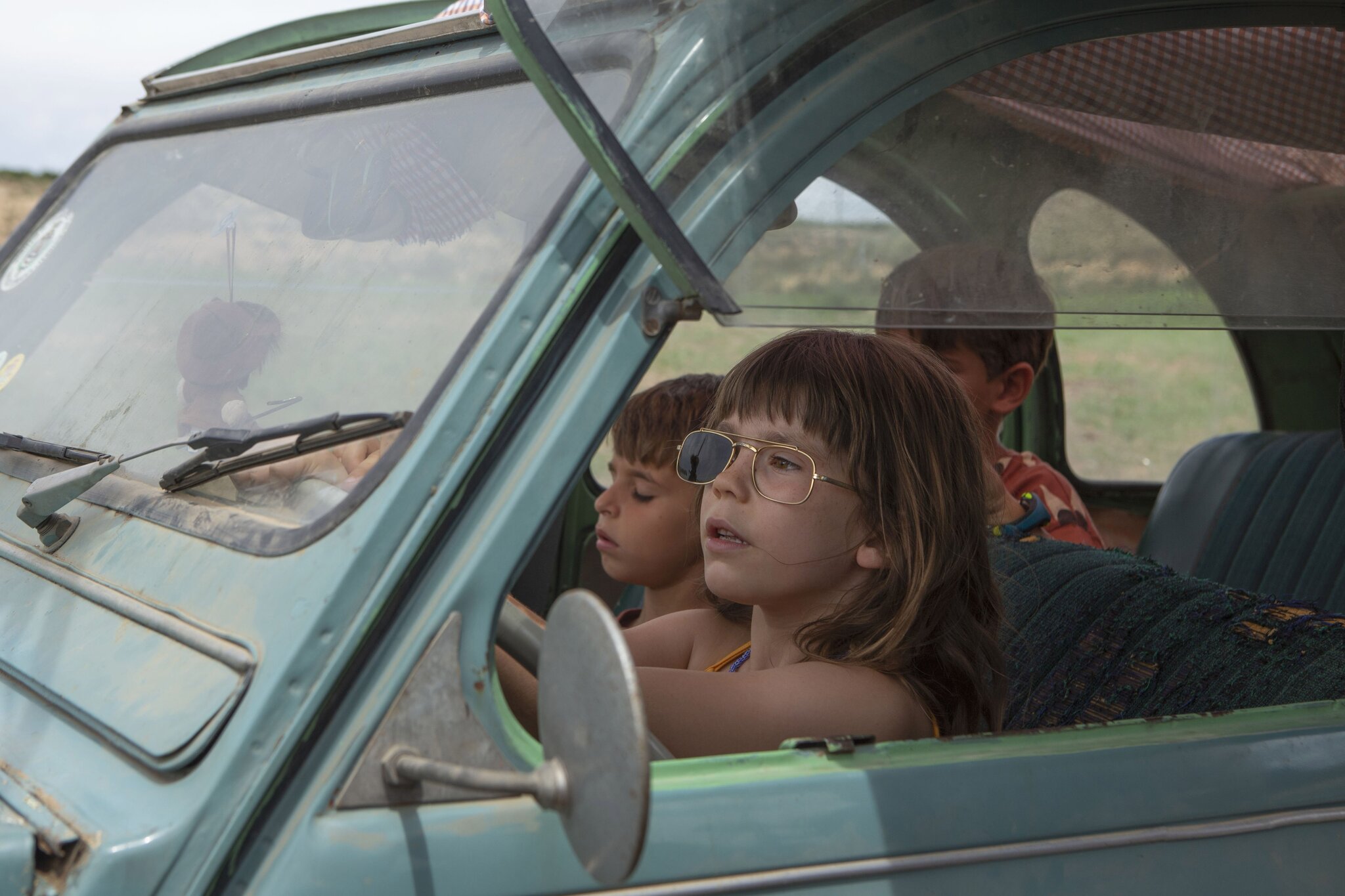 Big farming and a renewable energy company (of all people) threaten the livelihood of a Catalan family of peach farmers in AlcarrasCarla Simón’s last sunny pastoral and her first since her debut in 2017 Summer 1993. Alcarras is set in the present day, though you’ll barely notice it, and like many of its characters, it looks to the past. This idea – that time tends to flatten at times – is central to Simón’s film and sets it apart from similar works of social realism: Alcarras seems simple, even light at first glance, but deceptively far-reaching; enough at least to have impressed a Berlinale jury headed by M. Night Shyamalan (and including no less than Ryusuke Hamaguchi), who collectively awarded Simón the Golden Bear.

It’s not hard to imagine a writer as nimble and precise as Shyamalan enjoying the simplicity and quiet expanse of Simón’s film. It focuses on three generations of the Solé (Catalan for “sun,” if you hadn’t guessed it) family as they begin what may be their last harvest together. Their existential threat looms all around, with nearby farms closing up shop and being replaced by fields of solar panels. Soon their own expulsion letter arrives. Josep Abad plays Rogelio, the old and passionate patriarch; a man unaware of how far the farming game, perhaps the world, has come without him. Their owners are the Pinyol family, with whom they apparently once made a gentlemen’s agreement that the land was indeed theirs. But the new generation (one of whom affects a white stetson – big red flag) refuses to honor it. (Rogelio’s bewilderment and sadness are rooted in a story he tells about his grandfather saving a Pinyol during the Spanish Civil War.)

Among this sprawling clan, more than one could claim to be the film’s protagonist. Rogelio’s son Qumet (Jordi Pujol Dolcet) has taken matters into his own hands and plans to fight, to the detriment of his mental and physical health. His partner, the pragmatic Dolors (Anna Otin), helps keep him grounded, but his brother and sister-in-law threaten him with mutiny by listening to job offers from the energy company. Qumet’s son, Roger (Albert Bosch), grows weed behind his dad’s back and drinks while seeming no less dedicated to the family grounds, despite Qumet’s insistence that he focus on his school work. Her shy and reserved younger sister, Mariona (Xènia Roset), only sinks into her shell with each of the family’s setbacks. (Berta Pipó, who appeared in Summer 1993comes back here as an aunt.) The three younger ones run carelessly, unaware that their little universe is closing in around them.

That’s the definition of a good set. Performance is nuanced across the board, and the characters, despite limited screen time, are well-rounded; each would be redundant outside the whole. Simón is a wonderfully economical filmmaker in this sense, with an acute ability to express whole swaths of time and personal history in small, seemingly inconsequential moments. We only had to see the reaction of the other parents when Frida brushed her knee Summer 1993 knowing exactly what kind of horrible fate the girl’s mother had met; Simón brings this skill again in Alcarras, using equally succinct touches to express the worldview and inner life of its characters. A scene in which Rogelio takes Mariona to pick figs from a tree originally planted by the Pinyols particularly stands out.

These small events come together to form a detailed portrait of the Solés – you begin to know them, to love them easily. One of the thinnest silver linings of the COVID era remembered what it felt like to want deeply to be in the places we watch – a once basic draw from cinema that has been watered down in the era of low-cost airlines. With all its sunshine, al fresco dining and, through the wide eyes of their youngest corners endless to explore, Solé Farm fits that bill to the point that you start to worry about all the tangled lives it hold together. In a rather Marquezian moment, Iris (Ainet Jounou), Qumet’s youngest daughter, sings a traditional Catalan peasant song and Rogelio joins in, his memory suddenly refreshed; and his family, in a rare moment of unity, are pierced. The scene is as sweet and sentimental as Simón’s film sometimes threatens to be, but amid this generational divide, one can feel the sweep of history.

Alcarras premiered at the Berlinale 2022.