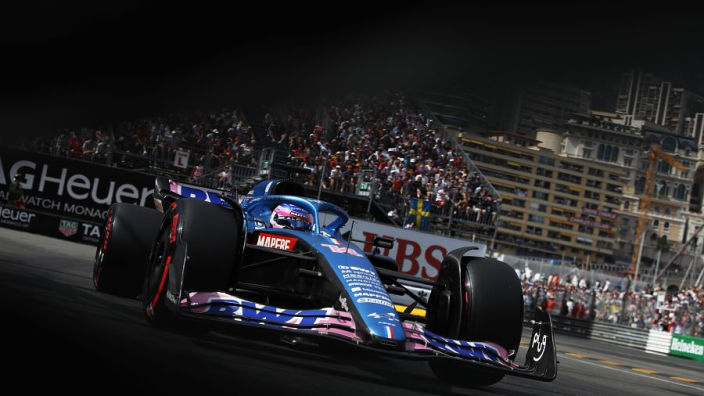 Alonso apologizes to Alpine for accident in Monaco drama

Fernando Alonso has apologized to Alpine after crashing in his final qualifying round for the Monaco Grand Prix.

The two-time F1 champion qualified seventh on the streets of the principality ahead of Lewis Hamilton’s Mercedes after a weekend that seemed to indicate Alpine was behind.

But the French team found the speed required to get Alonso and teammate Esteban Ocon into the top 10, even though the Spaniard was hoping for more.

Pushing hard on his last lap, Alonso went straight to Mirabeau and into the front barriers, contributing to the red flags that ended the session in chaotic scenes.

“Obviously I have to apologize to the team because apart from the positions you could take, every mistake this year costs money for the cost cap.

“So I’m not very proud to qualify today, nevertheless, I hope tomorrow we can do a good job.”

Alonso wouldn’t have been able to improve his position even without his error as Sergio Perez slipped into Portier’s barriers.

The Red Bull was collected by Ferrari’s Carlos Sainz, blocking the road and ensuring there would be no changes to the time sheet.

“In Q3 we had two new sets of tyres,” said Alonso. “On the first set I was P5 so I was hoping to improve that on the second attempt.

“Even without my mistake, it was flagged anyway because of Checo and Carlos, so P7 is what it is today.”