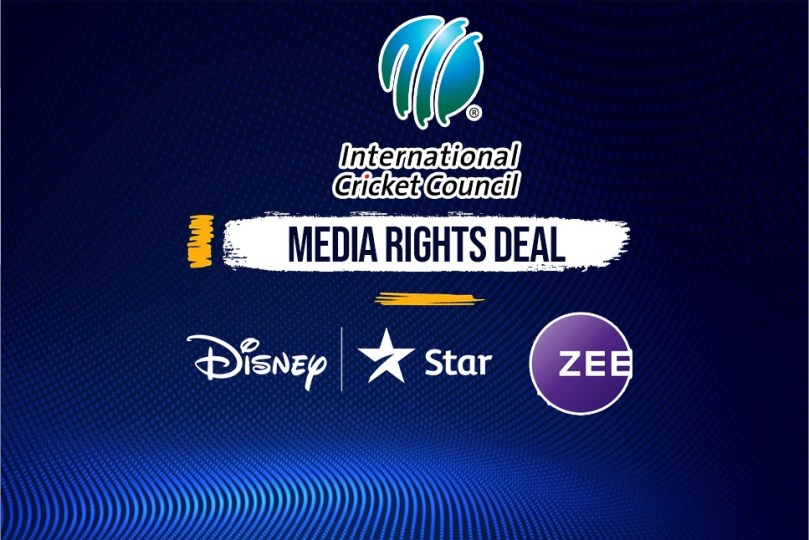 Diffusion T20 WC 2024: It’s been a few days since Disney-Star obtained the ICC media rights, but things are already moving…

Broadcast of the T20 WC 2024: It’s only been a few days since Disney-Star secured the media rights from the ICC, but things are already moving fast and well. In the latest development, Disney-Star and Zee entered into a unique sub-licensing agreement, whereby the latter obtained the television broadcast rights for the ICC’s men’s and U-19 events. Follow all live cricket updates InsideSport.IN

Disney-Star had won the ICC media right with a bid of over three billion. However, regarding Zee’s signing with Disney Star for ICC events after 2024, the amount was not disclosed. It is certain that Disney Star will charge a large part of its winning bid for Zee.

Indeed, Zee can be said to own the TV rights to all ICC Men’s and U-19 events for a period of four years, starting in 2024. ICC has, in principle, approved this deal.

With the new rights taking effect from 2024, it is important to note that Disney will still have full rights for ICC events on its digital platform.

Punit Goenka, MD and CEO of Zee Entertainment also confirmed the unique partnership. “This is a unique partnership of its kind in the Indian media and entertainment landscape, and this association with Disney Star reflects our sharp strategic vision for the sports sector in India. As the one-stop TV destination for ICC men’s cricket events until 2027, ZEE will leverage the strength of its network to deliver a compelling experience for its viewers and an excellent return on investment for its advertisers,” said said Punit Goenka.

ZEE will be the one-stop TV destination for ICC Men’s Tournaments in India by signing a strategic license agreement for exclusive TV rights with @starindia. @starindia will license the TV rights to ICC Men’s and Under-19 World Events for 4 years to ZEE.

“Long-term profitability and value creation continue to be our areas of focus across the business, and we will always assess all the necessary steps that will allow us to make sports a compelling value proposition for the company.”

Importantly, Disney Star still has the TV right for the IPL, the most lucrative league in the world. They had, however, lost the digital rights to Viacom. Disney Star Chairman Madhavan expressed his joy for the whole deal.

“By securing the IPL TV broadcast rights for 2023-27 and now choosing to retain only the digital rights to ICC tournaments for 2024-27, we have put in place a balanced and robust cricket offering for our linear and digital audiences. . Over the years, Disney Star has enhanced the appeal of international cricket in India, allowing it to reach various age groups and cultural demographics in all parts of the country. As India’s premier media outlet, we will continue to do so with our strong portfolio of cricket properties across TV and digital,” Madhavan said.