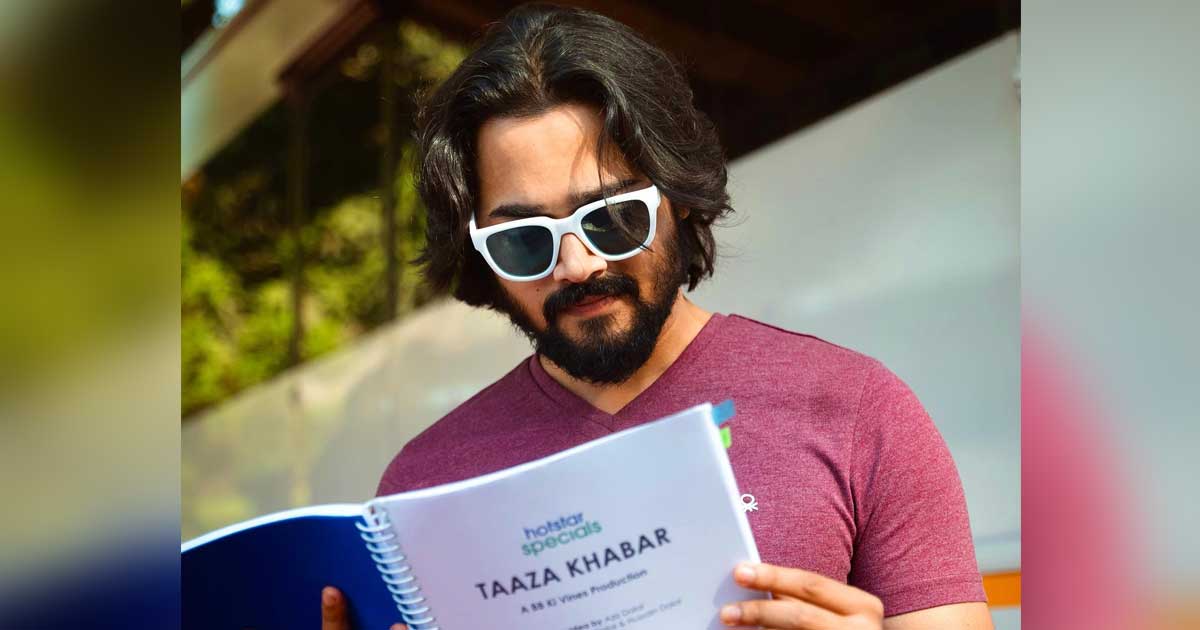 Renowned digital content creator and actor Bhuvan Bam is gearing up to play the protagonist of the upcoming comedy drama series Taaza Khabar.

Directed by Himank Gaur, the show is a Hotstar Special and is currently in production.

Bhuvan Bam said, “I am grateful to have been able to explore a whole new side of wishful thinking with my character in Taaza Khabar. Preparing this character and his antics was a humbling experience. As we start shooting I’m sure the emotion of this character is going to be fun, I identify so much with this character already. To think that I get to play this comical yet emotional character in my very first association with Disney+ Hotstar feels very special to me.

Director Himank Gaur said, “Receiving miraculous powers is a wish that every human being harbors when faced with difficulties. With ‘Taaza Khabar’ we revisit the idea of ​​a pious wish and the consequences it can have if and when it is granted. Bhuvan Bam brought his own personal flair to this realistic role that I’m sure will appeal to viewers.

Taaza Khabar was written by the powerful writing duo Hussain and Abbas Dalal. Based on the life of a sanitation worker, the series lightheartedly portrays class poverty and the human desire for a better life.

The show is produced by Rohit Raj who said, “’Taaza Khabar’ is a dive into a whole new genre and we as a team are always excited to dive into a new space. The script is very exciting and I look forward to putting on a show that can be seen and enjoyed by all”.

Must Read: Ms. Marvel: From Priyanka Chopra to Simu Liu, Global Icons Are Praising Iman Vellani for Her Standout Debut as Kamala Khan in MCU