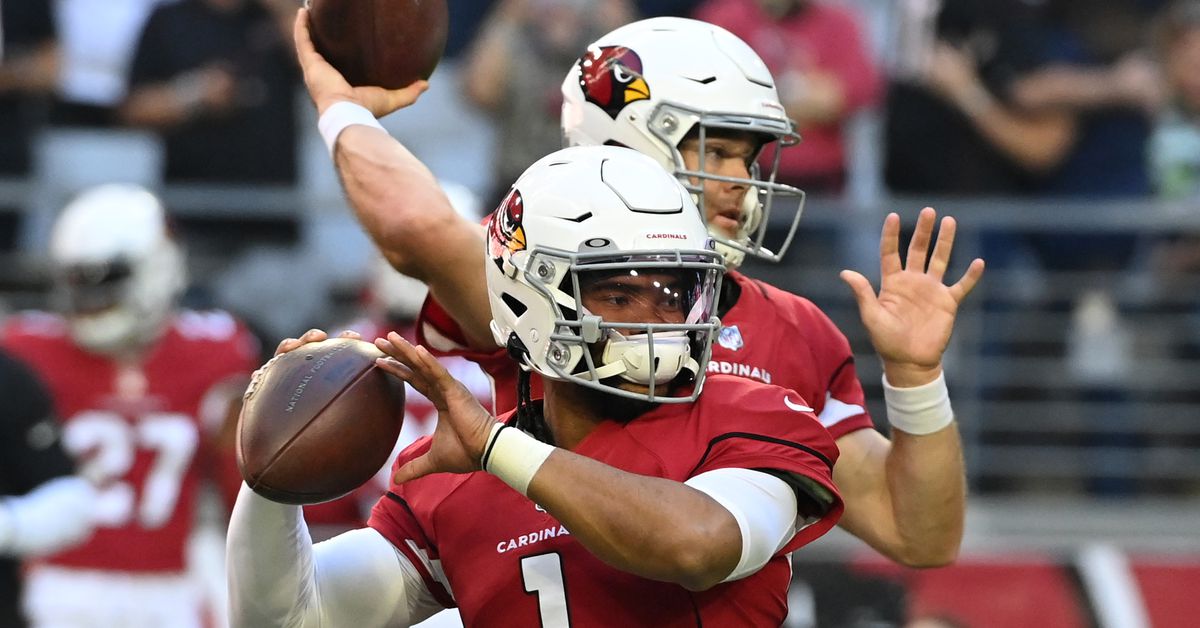 Kyler Murray’s social media drama has been one hell of a rollercoaster ride from his Instagram scrubbing of Cardinals-related content early last month to his NFL agent Erik Burkhardt sending an overly long statement in support. of his client last Monday.

This was all done for the sole reason of wanting a contract extension as he enters the fourth year of his rookie deal.

According to Spotrac, they have Murray’s market value set at $258m over six years which equates to $43 million per year. It wouldn’t be at all surprising if his contract demands were far higher than those of a two-time Pro Bowler and 2019 Offensive Rookie of the Year.

So it’s not really a question of whether the Cardinals will extend their No. 1 overall pick in 2019.

It’s about when they will do it and at what cost. And will Murray hold out until he gets one?

As we take a look at the backup quarterback position, Colt McCoy is an impending unrestricted free agent who went 2-1 in his three starts last season. Keim said during his NFL Combine presser that he “I would love to bring Colt McCoy back.”

Retaining McCoy should be a priority but also an inexpensive decision. Other free agent options, should McCoy sign elsewhere, who could be acquired at low cost include Chad Henne, Josh Johnson, Nick Mullens and Trevor Siemian.

The Cardinals signed Tracy McSorley from the Ravens’ practice squad in late November to replace former quarterback Chris Streveler and is under contract with Arizona for another season. Arizona wants a second-string quarterback with extensive experience. McSorley just doesn’t have that and although he’s the automatic No. 2 for now as the only other quarterback under contract besides Murray, expect that to change in the coming weeks. .

Players who could challenge McSorley in the draft at the end of Day 3 as third quarterback include Brown’s EJ Perry and Iowa State’s Brock Purdy.

We’re only 10 days away from the start of the NFL Free agency, but we expect the Cardinals’ 2021 quarterback roster to be the same in 2022.