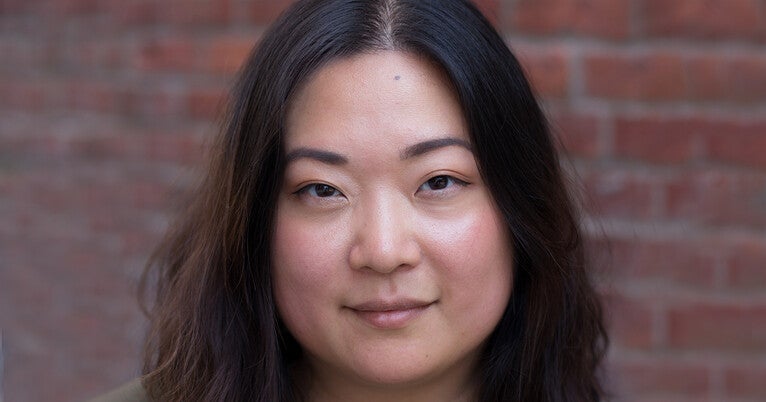 “Jar of Fat,” an absurd comedy by Seayoung Yim about two Korean-American sisters deemed too fat to fit into the family plot and their parents who will spare no effort to make them smaller, was chosen as the Yale Drama winner. 2022 Series Award.

As the winner, Yim receives the $10,000 David Charles Horn Prize as well as publication of her play by Yale University Press and a staged reading.

In a historic first, the play was chosen by a panel of judges — all former Yale Drama Series Prize winners themselves — rather than a single judge, who is an acclaimed playwright, as is the tradition. The judges were Neil Wechsler, who won the award in 2008, Frances Ya-Chu Cowhig (2009), Virginia Grise (2010), Jacqueline Goldfinger (2017), Leah Nanako Winkler (2018), and Rachel Lynett (2021). Each of them has read more than 250 plays; more than 1,500 pieces from 56 countries were submitted for review.

“Jar of Fat” is set in a fantasy fairy tale world and explores the concepts of desire, ugliness and beauty. The sisters share a deep bond, but it’s one that’s at stake under pressure from their community and parents worried about their size.

““Jar of Fat” is a darkly comical Korean-American fairy tale about the allure and danger of pursuing beauty and thinness,” Yim said. “I offer this piece as a slap match to burn off some of the accumulated rage at what fatphobia robs us of every day: grace, space, possibility and breath.”

She added, “As a Korean-American, it was important to have this conversation about fatphobia and attractiveness in a culturally specific context to explore the ways in which these issues present themselves differently from mainstream Western norms. It is my long-term hope that we collectively dream and develop the ability to honor all bodies in their ever-changing forms.

Now in its 15th year, the Yale Drama Series Prize is awarded annually in cooperation with Yale University Press and is solely sponsored by the David Charles Horn Foundation. The series is an open international submission competition for emerging playwrights, who are invited to submit original, unpublished, unabridged plays, in English for consideration. All entries are read blind.

“‘Jar of Fat’ immediately caught my attention on its first page,” Lynett said. “The playwright’s voice was incredibly strong and above all fun. Reading the play felt like a conversation as if the playwright was challenging me to perform. I always wonder, ‘What haven’t I seen before? What voices are missing in the theatre? This piece was radical but also so honest that it could not be ignored.

Francine Horn, President of the David Charles Horn Foundation, said: “Writers are encouraged to put on paper what is personal and real to them – what they feel deeply. And over the past few years, that’s where we’ve found ourselves – crushing burdens for female family members, culture shock, conflicting lifestyles clashing with established norms, grief, loss and family dysfunction. Our current winner, Seayoung Yim, writes brilliantly about this struggle between perceived acceptance, sacrifice, love, and conflict with deeply rooted cultural rituals.

“She has a magical sense of transforming the narrative from horror to humor, from fantasy to reality.

In another break from tradition, this year the Yale drama series announced a shortlist of finalists for the award before announcing the winner. Along with “Jar of Fat,” the eight tracks on the shortlist are “A Driving Beat” by Jordan Ramirez Puckett; “All Eight” by Lilly Camp; “a house that screams (or the house that was a ravine)” by Matthew Paul Olmos; “A Jellyfish Thread” by Candice Jones; “Midnight Showing” by Libby Heily; “Tell Me I’m Beautiful When the World Ends” by Aaron Coleman; and “The Jersey Devil Is a Papi Chulo” by Iraisa Ann Reilly.