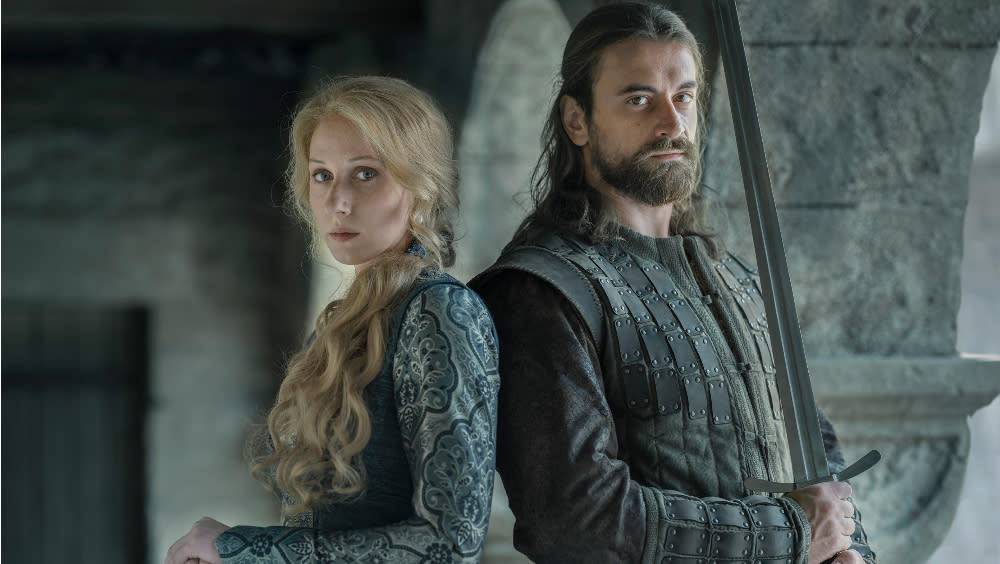 Principal photography is underway near Budapest on “Rise of the Raven,” an epic drama series produced by Serendipity Point Films (“Crimes of the Future”) from veteran Canadian producer Robert Lantos and Beta Film (“Gomorrah”) that marks the most lavish Television production in the history of Hungary.

Adapted from the best-selling novels by author Bán Mór, the 10-episode series tells the story of Hungarian warrior Janos Hunyadi, who defeated the Ottoman army in 1456 at the Battle of Belgrade, halting his march through Europe .

Lantos, whose production credits include ‘The Sweet Hereafter’, ‘Johnny Mnemonic’ and ‘Eastern Promises’, spoke exclusively with Variety about a passion project in the making for more than a decade. He was joined by Oscar-nominated and Emmy-winning director Robert Dornhelm (“Theatre Street Kids,” “Maria Theresa,” “War and Peace”) and Hungarian directors Attila Szász (“Tall Tales “, “Eternal Winter”) and Orsi Nagypal (“The Deal”, “The Outpost”), who joined the conversation fresh from shooting an epic battle sequence outside of Budapest.

Hungarian-born Lantos, who was at Cannes this year with David Cronenberg’s body horror film “Crimes of the Future,” described “Rise of the Raven” as “a quintessential Hungarian story” about an event that ” changed the history of Europe”. and impacted all of European civilization and what came next.

It took more than a decade to secure funding for the show, with the final piece of the puzzle falling into place when the Hungarian National Film Institute (NFI) launched its first-ever appeal for funding for television and film. online content in early 2020, awarding $29 million to “Rise of the Raven.”

The show is funded by the NFI and Beta and produced by Serendipity Point Films, Twin Media, HG Media, MR Film and Beta. The co-producers are the Hungarian network TV2, which will broadcast the show in Hungary and Slovenia. Austrian broadcaster ORF was announced this week as a co-producer and will air the series in Austria.

Adapting Mór’s epic series of novels required the grueling work of a writing team who were “trying to turn what was some five or six thousand pages of fiction into a 10-hour script,” Lantos said. “It was a big responsibility to take on this, and I wanted to make sure we had a team that could handle this challenge.” Showrunner Balázs Lengyel (HBO’s “Golden Life”) shares writing credits with George Mihalka, Balázs Lovas, Zsófia Ruttkay, Attila Veres and author Mór.

As “Rise of the Raven” begins, the Ottoman Empire mobilizes an army of unprecedented size and strength, marching west with the goal of conquering the Vatican and sweeping across the continent. It is the fierce warrior Hunyadi and his outclassed troops who stand in the way of the empire.

Set among the scandals, political power plays and court intrigues of medieval Europe, the series is nonetheless a human story at heart, according to Nagypal.

“To me, the whole historical story is just the backdrop,” she said. “I think we have a very complex and very human story of our heroes. It’s a family drama. There’s a man who marries a woman he’ll never see again, because he keeps fighting to save his country. Then he has children he has to sacrifice for his country. For me, the biggest question, and for me the essence of the story, is how much do you have to sacrifice for the thing in which you think ?

Production, which began on July 25, is expected to continue until June next year. The series is filmed on location in Hungary and at the public Mafilm Studio complex outside Budapest, which has hosted productions such as Denis Villeneuve’s ‘Blade Runner 2049’, Paramount’s ‘Terminator: Dark Fate’ and ‘The Witcher’. from Netflix and “The Last Kingdom”. “We use everything the country has to offer,” Dornhelm said.

The director, who was nominated for an Oscar for the 1977 documentary ‘Street Children of the Theatre’ and made numerous independent feature films, likened working on the lavish production to an artist painting for the first time on a vast web. “What I saw today was breathtaking,” he said. Variety, after a visit to the set. “It’s 275 crew, 80 horsepower in 105 degree heat in metal uniforms. It’s madness. It’s unbelievably big, dusty, hot, exciting. It really is a huge production.

For a country accustomed to hosting hit studio productions – including Villeneuve’s ‘Dune: Part Two’, which began filming in Budapest last month – ‘Rise of the Raven’ represents a watershed moment in the growth of the Hungarian industry. “It’s different from when I came back to Hungary to make movies like ‘Being Julia’ almost 20 years ago. We were the only film shoot in the country,” Lantos said.

The bar has been raised, and with the beta ready to deliver “Rise of the Raven” to the world at the end of 2024, Hungarian filmmakers will have the chance to showcase their talents like never before. “I think it would be nice to reach a level where people around the world can marvel at what Hungarian filmmakers are capable of,” Szász said. “We have this amazing historical story…and it would be great to let them know that story in a unique way and of equal quality. That’s what we aim for. »