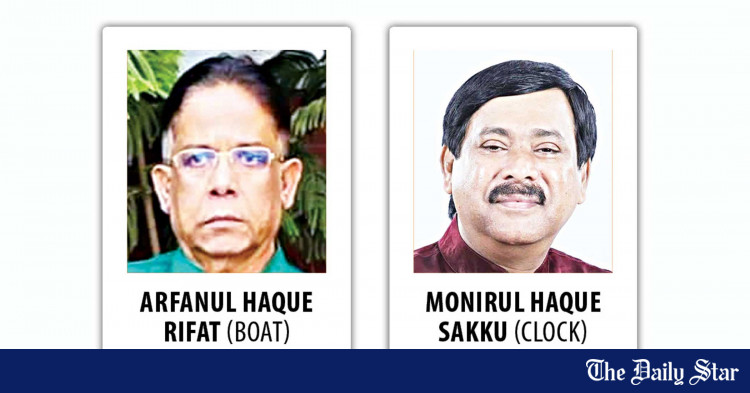 It was at the Shilpakala Auditorium, Cumilla, around 8:20 p.m.

For all the latest news, follow the Daily Star’s Google News channel.

Sakku, a former BNP leader running for mayor of Cumilla without any party support, entered the auditorium at the time with some of his supporters.

The returning officer continued with the announcement, however.

About half an hour later, when the returning officer said results from 101 centers had come in but he had not yet declared the cumulative figure, a number of the presidential candidate’s supporters and activists Mayor of the Awami League, Arfanul Haque Rifat, came to the scene.

They chanted “boat” clapping in front of Sakku, who was sitting on a chair. Five minutes later, another group of Rifat supporters arrived chanting slogans.

A few followers of Rifat attempted to attack Sakku but his followers created a human fence to save him.

The returning officer tried to maintain order by asking everyone to refrain from chanting slogans and to remain calm. But it didn’t work and the chaos continued.

At around 9:15 a.m., police began charging with batons to disperse the crowd and beat up agitated leaders and activists. The police also wanted to drive Sakku out of the place but he refused to leave.

The police action continued for 10 minutes. When the situation calmed down a bit, the returning officer said that they had gotten all the results and would announce them soon.

The returning officer then took over the announcement and declared the winner of the Rifat by just 343 votes.

“The election result was changed by a simple phone call,” Sakku told media after the results were announced around 9:45 p.m.

He said a phone call came when results from 101 polling centers were announced. “They [EC officials] then stopped reporting results for 45 minutes. I was then ahead of 980 votes. They took it by engineering.”

He called the EC soft.

He said he would decide on his next course of action after talking to lawyers.

In recent years, nearly every local government poll has been marred by violence, allegations of ballot stuffing, use of muscle power and other forms of electoral anomalies.

The voting process, however, was slow. Some voters alleged mismanagement by election officials in troubleshooting EVMs.

Both Rifat and Sakku spoke about these issues.

The weather was hot and humid interrupted by rain. It started raining at 9 a.m., just an hour after voting began. When there was no rain, most polling stations saw voters queuing.

At around 11 a.m. at Cumilla Modern School, one such correspondent found hundreds of women waiting to vote.

Some, mostly elderly people, fell ill while queuing for hours in hot and humid weather. Some went home without voting.

Habiba Sulhana from Thakurpara said, “I have been standing here for an hour. And now I’m going home. What kind of preparation did the government do so that I could not vote?

People have been seen splashing water on the heads of elderly people to help cool them down.

President Mofizul Haque said there were two polling centers at the modern school and 5,000 voters.

“It had been raining since morning, so there was no pressure from voters. But after the rain stopped, a lot of people started coming in,” he said.

These correspondents visited 25 centers and found that the pace accelerated in the afternoon.

Rifat said he was satisfied with the mood of the vote.

Sakku alleged that the EVM had slowed the voting rate and that in some centers the machines were malfunctioning.

Ruling party MP AKM Bahauddin, who would directly support Rifat, alleged that in some places people could not vote because they did not take the ballot papers with them.

In talking to voters, it was found that the elderly had problems with fingerprints when using the EVM, which was used in all voting centers.

Glitches and people’s inexperience in using the machine caused voting problems at many centers, lengthening queues outside.

The interesting feature was that female voters were noticeably a significant part of the crowd.

“I voted without hassle. The queue was long but the process was smooth,” said Bithi Begum, who voted at Cumilla Collegiate School.

This time, all voting centers were under the surveillance of CCTV cameras installed by the Electoral Commission.

While visiting polling centers, it was found that there were gatherings outside polling stations, mostly by ruling party supporters and activists wearing boat badges, AL’s election symbol. .

Even men from the ruling party were seen inside some polling centers.

The election has been much discussed in the political sphere as it is the first major task of the new election commission which started its journey in February this year.

Yesterday was the third election for Cumilla City Corporation, established in 2011. The last held in March 2017 saw Sakku win a second term with party support. But this time, he is running as an independent candidate because his party, the BNP, expelled him and also boycotted the elections.

Five candidates, including Islami Andolon Bangladesh’s Rashedul Islam and independents Kamrul Ahsan Babul and Nizamuddin Kaiser, were vying for mayor while 106 for councilor positions and 36 for reserved positions.

Chief Election Commissioner Kazi Habibul Awal said yesterday that the election was peaceful with around 60% of the votes cast.

Speaking to reporters after the elections at the EC office in the capital, he also said that on some occasions some older people had problems when voting by EVM and the general assessment was that voting by EVM was Well.