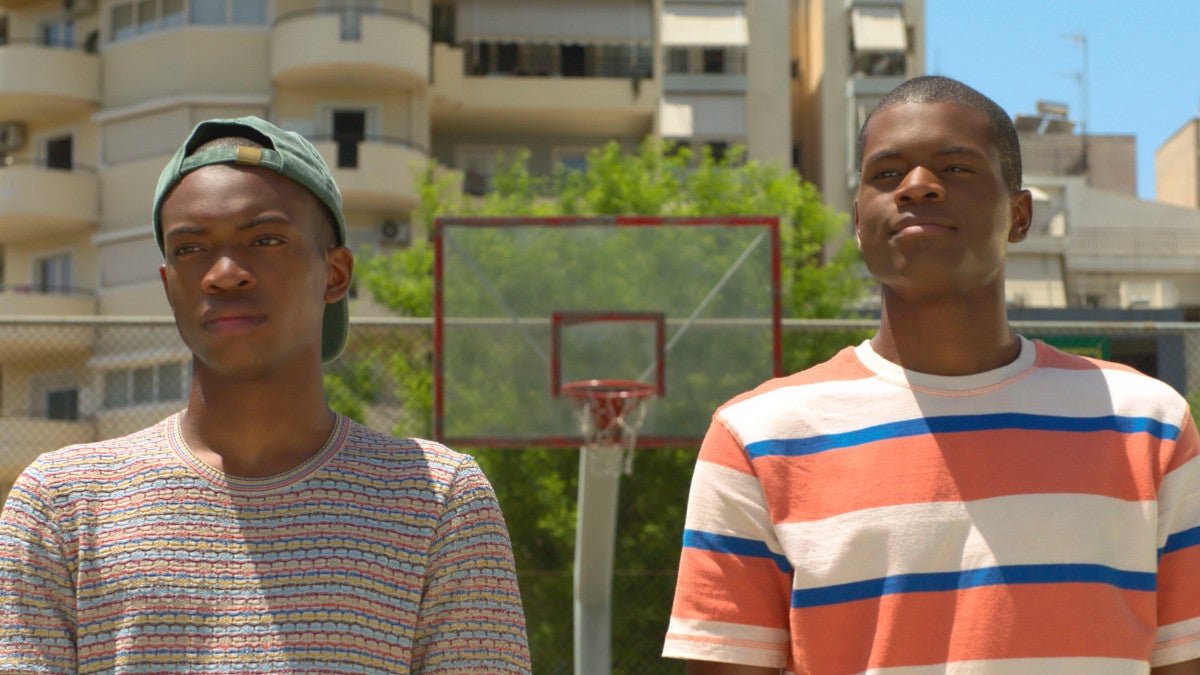 Most basketball movies, from “He Got Game” to “Love and Basketball” to the recent “Hustle,” assume an abiding love of the sport more or less from the jump. Even the attention to the business side of the plot tends to grow from a deeper, almost spiritual connection to the fast-paced beauty of the game. So it’s a noticeable change of pace that the new Disney Original + “Rise” takes a more methodical, sometimes hands-on approach to the story; after 30 minutes, his characters have barely played a pick-up game.

The opening section, which follows Charles Antetokounmpo (Dayo Okeniyi) and his wife Veronica (Yetide Badaki) on an arduous and unauthorized emigration from Nigeria to Greece, contains no indication that this film is actually about a NBA dynasty in the making. Charles and Veronica only want a better life for their family and have already left the first son in the care of others to protect him when they cross into Europe, hoping to bring him soon. Instead, they find themselves stuck in a painfully familiar loop: to get proper immigration papers, they must get a legitimate job and be on the books; to get a job, they need proper papers. This is made even more difficult by an anti-immigrant sentiment that swept through Greece in the 2000s.

In the meantime, their family is growing; the film picks up with Charles and Veronica doing their best to support their four sons. The two eldest, Giannis (Uche Agada) and Thanasis (Ral Agada) love football, like their father, but when they come across a basketball game, they realize that they have a natural talent, especially Giannis, tall, graceful and strategic. . The boys, raised in a spirit of intra-family teamwork, realize that this could be a boon to their parents’ struggles. But that maddening immigration loop of needing papers to achieve the status they want largely to solve their papers problem still persists.

NBA fans will get an idea of ​​how this story ends; so, incidentally, students of the kind of feel-good sports movies that Disney used to release in theaters when the Antetokounmpos siblings were young. The measure of “Rise” is not its unpredictability, but its ability to take the audience along on its journey, even if it has an idea of ​​how it might turn out.

Sadly, this particular inspirational sports saga often feels oddly flat, despite a pervasive sense of empathy. The characters (and the actors who play them) are never less than likable, but their story feels superficial and professional, perhaps in part because it focuses so intensely on the struggles and strengths that all members of the family share, depriving them of individual characteristics. When Giannis and Thanasis exchange a “Coming to America” ​​reference on their first trip to New York, it’s shocking, because they’ve only talked about family or basketball for most of the time.

Director Akin Omotoso sometimes holds a beautiful image, like the opening credits shot of Charles and Veronica walking down a road in Greece, silhouetted by a giant, looming sun, or a later overhead shot of practicing Giannis that shrinks the courtyard to a geometric sense of calm. These flourishes make it all the more frustrating that so many other scenes feel put together rather than composed. (Random example: A moment when Charles gives his information to a potential employer is filmed from three or four viewpoints, not for a nervous flash, but just to cut for no apparent reason.) Neither-here-nor appropriate. That quality of so many streaming movies, “Rise” sometimes feels like a theatrical movie and a mundane TV movie, stuck together, even if ultimately, the TV movie dominates.

To be clear, there’s nothing wrong with an undemanding sports story suitable for a family audience. Young kids who live and breathe basketball will probably love this one. But in “Rise,” as in many basketball movies (including “Hustle”), the suspense comes more from behind-the-scenes and behind-the-scenes dealings than gameplay. For this to work, there must be a strong sense of detail or urgency; Omotoso and screenwriter Arash Amel embark on a bunch of NBA draft encounters that are more packets of information than real, fully developed scenes. The film’s immigration points are made early; much of the rest equals good things that eventually happen to talented, hardworking people.

It may be a story, but it’s not really a drama. As is often the case, the end-credits follow-up to real people has more authentic emotion than the movie it postscripts.

‘Rise’ is now streaming on Disney+