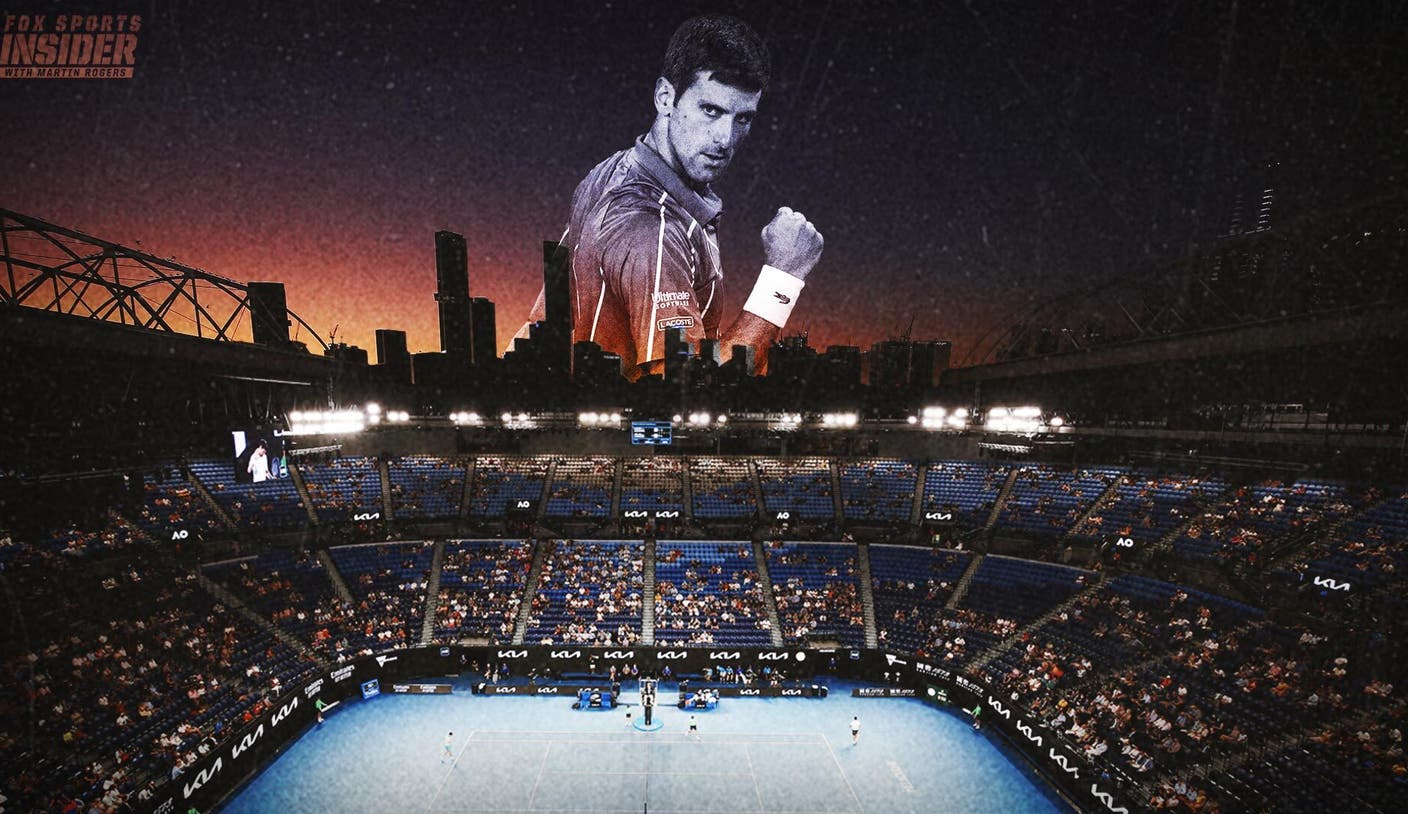 The Australian Open has long tried to sell itself as the happiest place on the Grand Slam tennis calendar, an event where sunny skies, big smiles and a passionate fan base can be guaranteed.

Still, the so-called “happy slam” smiles this time around, with this year’s release becoming an event sadly destined to be overshadowed by the legal fracas that engulfed it before the game got off to a proper start.

The man whose name will forever be most associated with the 2022 tournament is Novak Djokovic, who has made more headlines in a year he is unable to participate than any of the nine times he has lifted the men’s singles trophy.

Djokovic’s battle to enter Australia, the controversy over his vaccination status, his detention and expulsion from the country and the sporting outcome of all that cast a dark mark on the Australian Open that will not soon be forgotten.

Beyond that, it has sparked heated discussions, both within and outside the world of sport, about what the future could and should look like, for athletes needing to cross borders and even for regular travelers in holidays or for professional purposes.

Historically speaking, not being able to play this tournament cost Djokovic the chance to surpass Roger Federer and Rafael Nadal, and become the first man in history to win 21 Grand Slams. If he had played, he would have been a big favorite to win it all.

He lost that opportunity, but honestly, it turned into such a saga that no one can come out of it well.

“The prelude to the Australian Open was eventful as rarely before”, columnist Greg Baum wrote in The Melbourne Age. “It may be a first: a sports contest in which everyone lost.”

It’s not a space where we delve too deeply into the sphere of political debate, but Djokovic’s reputation has undoubtedly taken a major public hit, with the possible exception of his homeland, Serbia.

The world No. 1, who held this position for a record 356 weeks (non-consecutive), is not vaccinated. He is not a vocal participant in the anti-vaccination movement, but he does not appear to have any intention of getting vaccinated. Australia’s immigration laws, among the strictest in the world, prohibit entry to those who do not have an approved vaccine or medical exemption.

This is where it all went wrong. Djokovic claimed that because he contracted COVID-19 in December and recovered from it, he should be cleared. He seems to have received conflicting opinions.

When he arrived in Australia, his visa was canceled and he was detained in an immigration hotel. The visa was reinstated after procedural irregularities were discovered, leaving Djokovic free to train at Melbourne Park and prepare for the tournament.

But then Australian Immigration Minister Alex Hawke stepped in to cancel the visa once more, before a final appeal effectively ended any hopes Djokovic could play – at which point he took a flight out of the country.

Novak Djokovic was able to train ahead of the Australian Open but was later sent off.

Australia’s government, in a state of flux with the upcoming election, has been widely criticized at home and abroad over perceived dithering and uncertainty, although polls have indicated most Australians , who have experienced drastic blockages, supported the withdrawal of Djokovic.

One of the saddest parts is the lingering effect this will have on the rest of the tournament, both as it unfolds and how it’s remembered. Another player will claim the men’s singles title, but, unfairly, there may be a de facto asterisk attached to the triumph in the minds of some.

Tennis players are required to give interviews to the media after every match and hardly a single one has passed without Djokovic being on the agenda. The main draw started Sunday afternoon US time, and by the time you read this, the men’s and women’s singles fields will have been reduced from 128 to 48.

Even so, the vast majority of the discussion is still about one man, who is now thousands of miles away.

Former world No 1 Andy Murray said Djokovic’s situation had unfolded as a “mess” but had little sympathy for his refusal to get a shot.

“At the end of the day, people have to make their own choices,” Murray said. “But there are also consequences sometimes for those decisions.”

Australian Nick Kyrgios, meanwhile, who has previously expressed his dislike of Djokovic in no uncertain terms, this time reversed the script and instead castigated his own country’s treatment of Serbs.

What we must now bear in mind is what this means for sport in a world where coronavirus has changed things as we know them forever. Vaccine mandates set a hard line, but are unlikely to be uniform internationally. Some countries will require full vaccination for entry, others will not. Individual sports leagues may take a position requiring vaccinations for their athletes, others may not.

In tennis, which revolves around a circuit that crosses all regions of the globe, this will be particularly felt. There’s even another big moment on the near horizon.

Spectators pose for a selfie with a banner of 2021 Australian Open Men’s winner Novak Djokovic. (Photo by Darrian Traynor/Getty Images)

The next Grand Slam is the French Open, which will take place in Paris in May. This week, the French government announced that it will be compulsory for everyone (athletes included) to have a vaccination card to enter a public building (stadiums included).

Beyond that, it remains uncertain how Djokovic’s position could affect his ability to enter the UK for the Wimbledon Championships this summer and also the US Open in New York in September.

This is a situation where there will never be universal agreement and where agendas will come to the fore. Djokovic may soon be faced with a decision as to what his stance on the vaccine means for him. It’s clearly something close to his heart, but is it strong enough to allow him to derail his dominance of men’s tennis and his potential drop to GOAT status?

These are questions we never imagined asking and it is a new reality for the sport. If all of this experience has taught us anything, it’s that it’s going to be devilishly complex. For Djokovic, given his level of success, his profile and the nature of the sport he practices, above all.

Martin Rogers is a columnist for FOX Sports and author of the FOX Sports Insider newsletter. You can subscribe to the newsletter here.

Get the most out of tennis Follow your favorites for game insights, news and more.