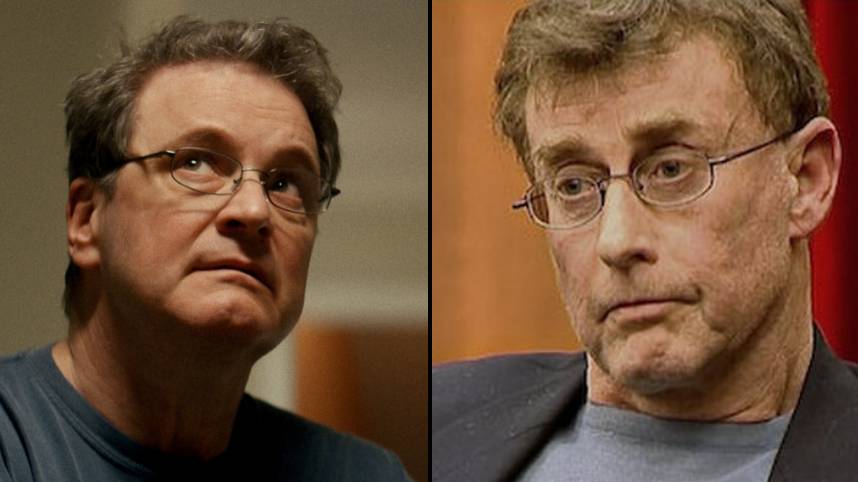 A new drama about the mysterious death of Kathleen Peterson has not been well received by a man who knows the story far better than most. Watch the trailer here:

new drama The staircase tells the story of Michael Peterson (Colin Firth) and the mysterious death of his wife.

The case was initially explored in 2004 in a docuseries of the same name, directed by Jean-Xavier de Lestrade.

It won a Peabody Award and was re-released by Netflix with three more episodes in 2018, becoming a massive hit.

Now the story is being told in an HBO Max dramatization created by Antonio Campos – but de Lestrade is unimpressed with what he saw.

The Frenchman sold Campos the rights to the story and gave him access to the archive; however, it seems he wishes he hadn’t.

He and his team’s involvement in the story feature in the new drama series and in episode five – which has yet to be released – they are pictured editing footage in an attempt to influence the result of a 2006 appeal against Peterson’s life sentence.

Speaking to The Times, de Lestrade said: “I couldn’t believe it, it was so inaccurate.

“You can’t know what happened that night, it’s totally impossible.”

On Friday, May 13, he sent a letter to Campos demanding that “offensive allegations be removed from episode five before it is publicly aired”, or that a disclaimer be added stating that the show is not ” inspired” only by real events. .

Speaking to Vanity Fair earlier this week, the 58-year-old said: “We gave [Campos] all the access he wanted, and I really trusted the man.

“That’s why today I’m very uncomfortable, because I feel like I’ve been betrayed in some way.”

He continued: “Because I trust Antonio, I didn’t ask him to read the script.

“I respected his freedom as a writer, as a creator, as a filmmaker. And I never asked to see the episodes before they aired because I was pretty confident.”

But now he’s very upset with the end result, because he thinks it undermines his award-winning original work.

He said: “I understand if you overreact. But when you attack the credibility of my work, that’s really not acceptable to me.

“It is alleged that we cut the documentary series in order to help Peterson’s appeal, which is not true.

“I can’t tell you if it had anything to do with Kathleen’s death, because I don’t know.”

Campos has yet to publicly respond to the criticism, although he previously said, “Once I started watching the documentary and seeing the unused footage and the endless amounts of research that had been done over years, it was very clear that there was more than there was on screen.”

LADbible has reached out to HBO Max for comment.