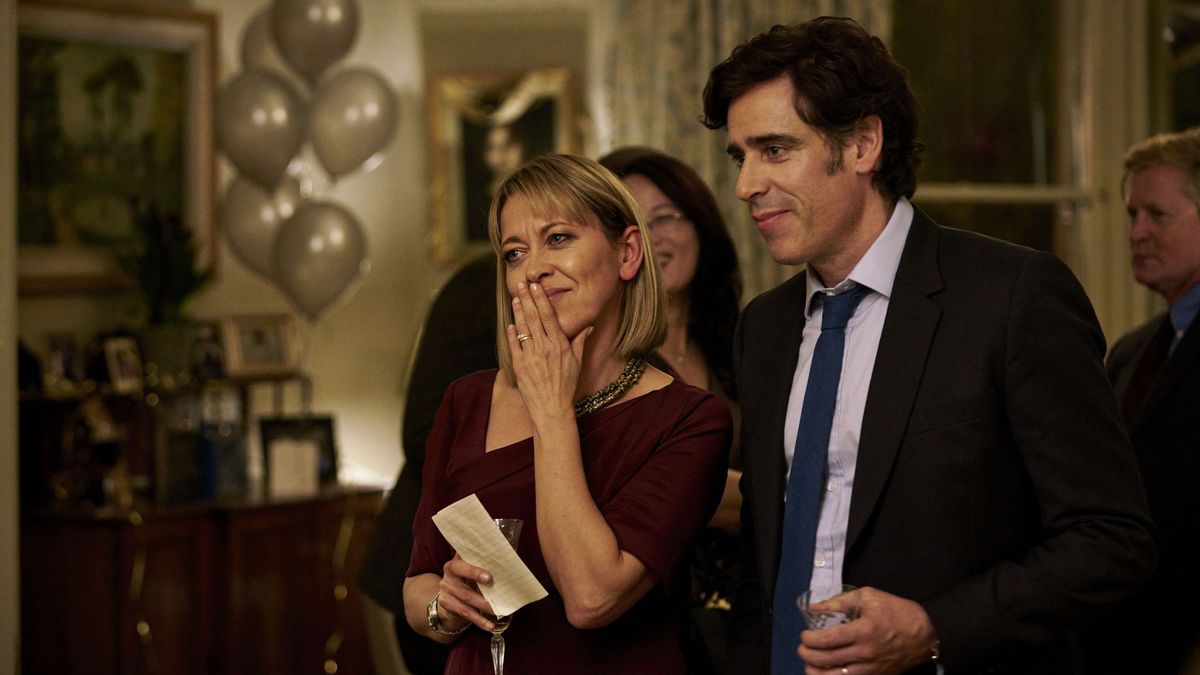 Don’t Sleep On This Power Drama, It’s As Good As Anything On HBO Max And Netflix

Prestige television. We hear this term a lot, but what does it really mean? Is it a big, lavish production directed by a Hollywood star? Something that has been well rated? Or a mixture of both? There was a time, probably over a decade ago now, when the majority of television was dominated by quiz shows and police procedurals – in contrast, A-lister led drama that was briefly tempted to leave a movie set was a real event.

Now, however, it’s a daily occurrence, and it’s becoming almost commonplace for major networks and streaming services to commit budgets in excess of $100 million for single television seasons. Shows without that budget, and without a big executive producer and a big splashy marketing campaign, can be forgotten. And today I’m here to tell you about one that’s as good as anything HBO Max and Netflix have produced in 2022.

The Split first aired in the spring of 2018 and chronicled the life of the Defoe family, all of whom work in divorce law for the family business except for their youngest member. It stars Nicola Walker, who might be best known for her role in the gritty crime drama Unforgotten, and Stephen Mangan, Fiona Button, Annabel Scholey and Barry Atsma.

Created by Abi Morgan, the writer of BBC drama The Hour and screenwriter of the political period drama Suffragette and Steve McQueen’s dark drama Shame, The Split is an eviscerating and heartbreaking look at love in middle age. and what family really means. It’s one of the best dramas of recent years, and, I can attest, if it had been made by HBO or had the same marketing budget as Netflix gives Bridgerton, it would be talked about in the same breath as Mare Of Easttown and Estate.

Why did The Split go under the radar?

In part, it arrived quietly, with its third and final season sneaking onto BBC iPlayer in full in early April, with the show’s second season arriving the same way. For American readers, two episodes of the third season arrived on Sundance Now and AMC+ on Thursday, June 23, and the third season will premiere on BBC America on June 27.

Another factor is the reviews, which have been good, but not great. It has a solid 76% on Rotten Tomatoes, (opens in a new tab) but, interestingly, the show’s ratings for each of its three seasons are in the 90s. People who love The Split, really love The Split.

However, it’s mostly the lack of a big campaign and the big marketing push that only a streaming service can provide. And, with so many “prestige TVs” already available, some dramas are rushed and forgotten.

Why is this so compelling?

The Split is truly an adult drama. Walker plays Hannah Stern, one of London’s top divorce lawyers; she is married to Nathan Stern de Mangan, an attorney who acts in many of her cases. His sister Nina is also a family lawyer, just like their mother, only Rose, the youngest of the three is not in the family business, she has difficulty living together. Hannah has just left the family business to join a major rival, which has ruffled many feathers.

Amid all of this, Hannah and Nathan’s marriage is on the rocks, the couple have been together for a long time and have three children, all of whom are growing up and don’t need many parents anymore. Christie, an old flame of Hannah’s, is back in town, Nathan’s eye wanders too. The whole gives the impression of collapsing.

Three seasons of the show unfold, each with a high-profile divorce case, one involving none of the key characters, unfolding across six episodes, as the characters’ lives continue to unfold.

Morgan’s writing is brilliant and the casting is spot on, with every episode filled with drama and twists. Somehow, he manages to be visceral, mean, pumping, brave, and completely and utterly compelling in every episode.

It gave three perfect seasons, but little talk and a conspicuous absence from any “best of” lists for any release year. That has to change in 2022 and you have to watch The Split. It’s awesome.

Looking for more great dramas? We’ve rounded up the best 2022 has to offer so far, according to Rotten Tomatoes.