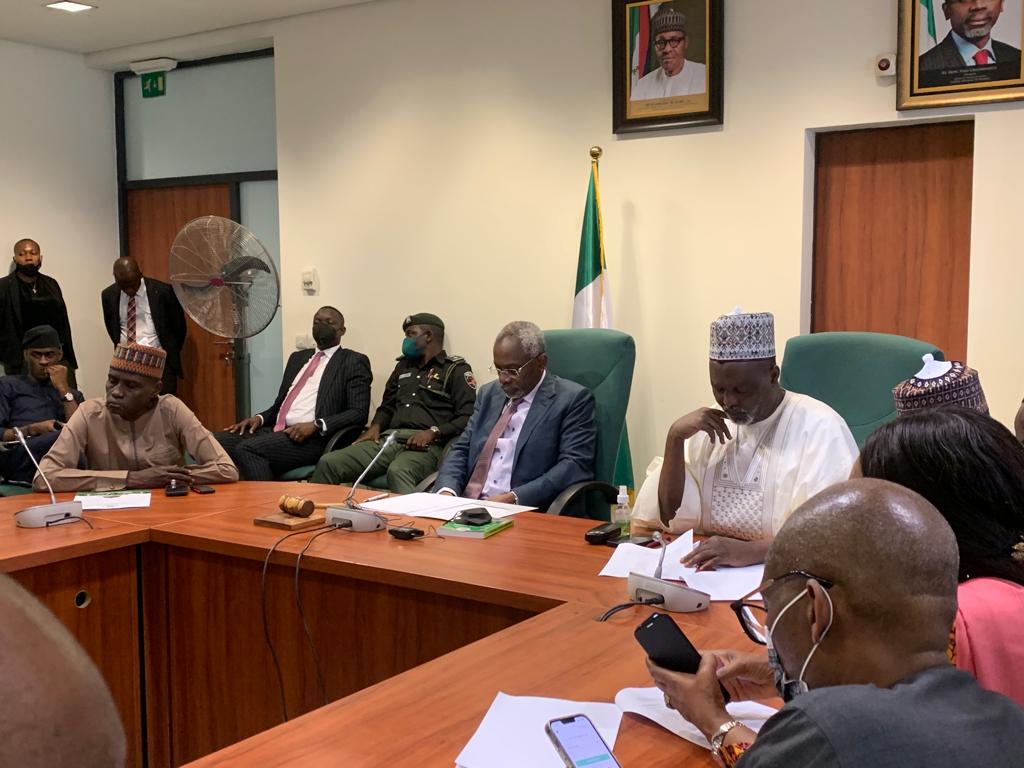 House management is currently meeting with aviation industry stakeholders over a plan by national airlines to suspend services, due to rising aviation fuel prices.

Obiora, who represented Godwin Emefiele, the CBN governor, initially told lawmakers his principal was unavailable to attend the meeting.

In reaction, Gbajabiamila said Obiora should take his leave and inform Emefiele that “there is nothing that can be as important as this at this time”.

About 30 minutes after the CBN Deputy Governor was asked to leave, Emefiele entered the room and joined the meeting.

FridayAir Operators of Nigeria (AON) have announced plans to halt operations from Monday due to the high cost of aviation fuel.

The group complained that aviation fuel, also known as Jet A1, reached an all-time high of N700 per litre.

But on Saturday, Ibom Air pulled out of the planned action, noting that suspending flights would make a bad situation worse.

Subsequently, three other airlines – Arik Air Limited, Dana Air and Aero Contractors – also said they would continue operations, but added that they supported AON’s efforts to deal with the rising price. fuel.

The meeting between the leadership of the House of Representatives and aviation stakeholders aims to find a solution to the problem.