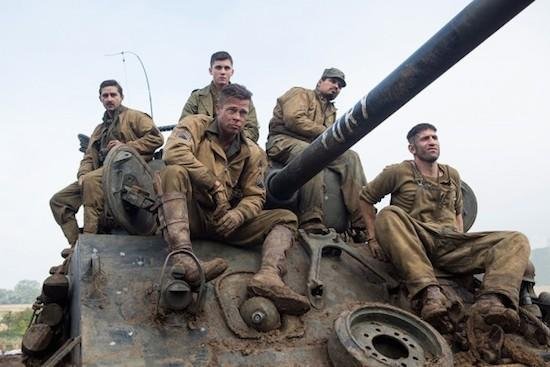 Drama ‘Fury’ revisited: Is it disrespectful to spit on a tank?

There was a bit of on-set drama during filming at an abandoned air base in England in 2013. During one scene, Eastwood’s character, Sgt. Miles, spit some tobacco juice out of the tank. LaBeouf, the actor and not the Boyd “Bible” Swan character, panicked at Eastwood’s disrespect for a hallowed American weapon of war.

It’s an interesting question. Should we respect the tools given to us by the US military the same way we are taught to respect the flag? Sounds like a weird question, but let’s move forward with the idea that LaBeouf has embraced the “Respect the Tank” creed.

Why has this resurfaced almost eight years after the film’s release? The Insider website revisited the issue in a new interview with Eastwoodwhose star has certainly risen since “Fury”.

Eastwood, son of Clint, at least tried to play it down at first. Shia “got mad at me and it turned into a volatile moment in which Brad Pitt finally found himself in the middle,” he said.

Eventually, he broke down and exposed LaBeouf’s notoriously committed acting style. “I never think your process as an actor should get in the way of how people are treated on set,” he added. “It should always improve the production, not take away and put people in a situation where it’s a shitty work environment or you’re being rude or people have to be in an uncomfortable situation.”

Pitt told a more detailed version of the story in a interview with the UK edition of GQ magazine. “We were driving down the road, I’m in the turret, Shia is in the other turret, and Scott is in the back, spitting [chewing tobacco]”, Pitt said. “And I’m starting to get pissed off, I’m starting to get hot, because this is our house, he’s disrespecting our house, you know? So I said, in the scene with the cameras rolling, ‘You’re going to clean this shit up.’ Shia the clock, and you have to understand, we’ve been through severe training camp already, we’ve been through a lot in this tank. Shia saw him and felt the same — he disrespects our house. So Shia had the same reaction as me and started to say a few words.”

Pitt told the magazine that things were getting physical and he had to step in to break up a fight.

And yet, LaBeouf and Pitt were wrong. “What’s funny,” Pitt admitted, “when we got home at the end of the day and read the script, it said Scotty’s character was chewing tobacco and spitting it out. ‘rear of the tank’. It was doing just like the script said! So we were the buttons at the end.

Ayer wrote the script, so blame him if you think spitting outside a tank is disrespectful to said tank. Or you might remember it’s just a movie, and maybe Ayer wanted the character of Sgt. Miles for having a different take on tank combat than the rest of the crew. And, if you’ve seen the movie, you know Miles paid the price for his spitting behavior.

Whether you’re looking for news and entertainment, considering joining the military, or following military life and benefits, Military.com has you covered. Subscribe to the Military.com newsletter to receive military news, updates and resources straight to your inbox.

© Copyright 2022 Military.com. All rights reserved. This material may not be published, broadcast, rewritten or redistributed.

2022-02-23
Previous Post: Forever Young: Neon lets you remember when all the Mel-o-drama was on screen
Next Post: Aziz Ansari will direct and star in a comedy-drama with Bill Murray