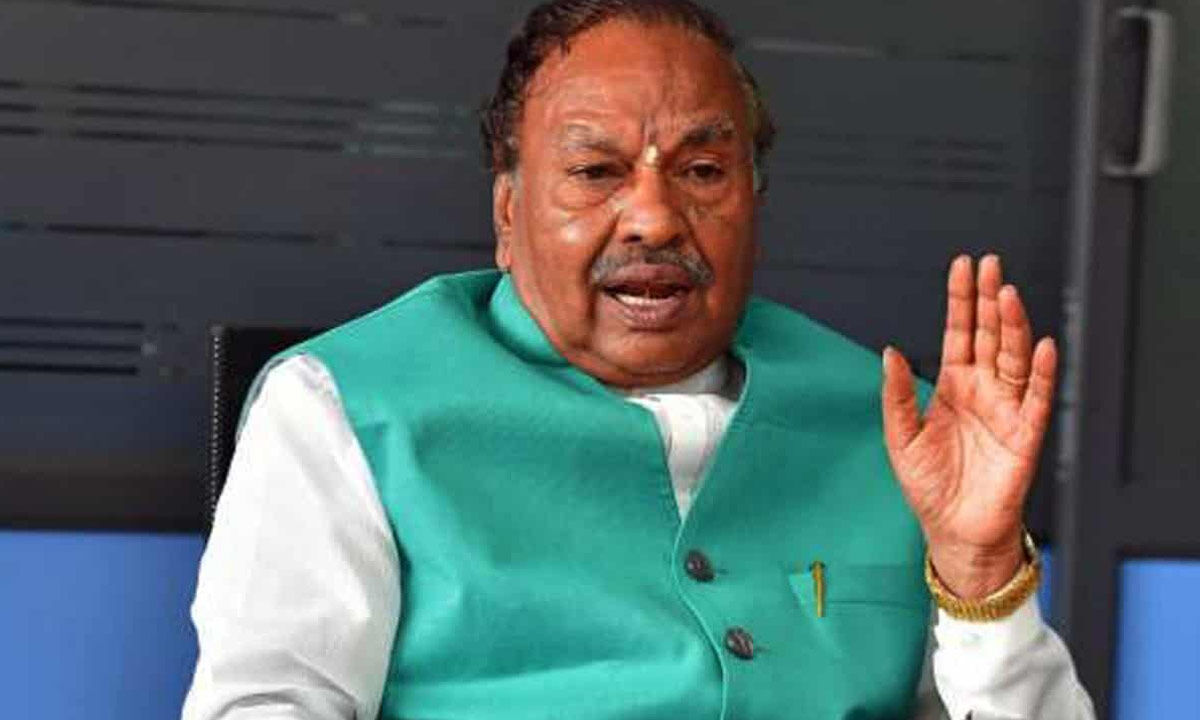 Shivamoga: Hours before Rural Development and Panchayat Raj Minister KS Eshwarappa’s visit to Bengaluru to tender his resignation on Friday was filled with dramatic and emotional scenes. Announcing his resignation on Thursday after being accused of encouraging the suicide of entrepreneur Santhosh Patil, Eshwarappa’s trip from Shivamogga to Bengaluru was filled with plenty of drama.

The day started with a pooja at his residence and later he visited a few temples with his family and prayed for his speedy exoneration from the charges. He then went to the BJP office in Shivamogga where Mahila Morcha party members urged him not to resign. A few members also broke down in tears and Eshwarappa consoled them that he will come out innocent of the charges.

His longtime friend and mentor, former Chief Minister BS Yeddyurappa, met Eshwarappa at the BJP office and he expressed hope that he would return to the cabinet soon. “I am confident that he will be found not guilty of corruption and will return to being a minister,” Yeddyurappa later told the media. “If the investigation into the suicide case of entrepreneur Santosh is concluded within three months, nothing will prevent Eshwarappa from rejoining the firm,” Yeddyurappa said.

Along the way, Eshwarappa was greeted by his supporters and party workers at various locations in Shivmogga and in small towns and villages along the highway, they urged him not to quit, another series attempts at consolation followed. At Kadur, he had lunch with his workers and those who accompanied him. He made a short stopover in Tiptur at the residence of the Minister of National Education BC Nagesh and exchanged with him.