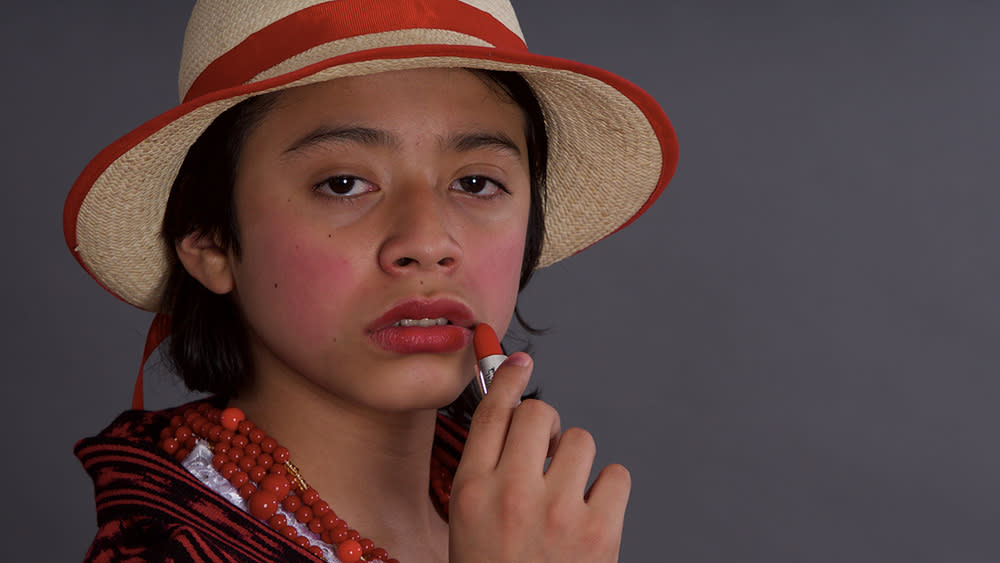 The duo bring harrowing stories to life, with Moncada previously supporting “La Mala Noche” directed by Gabriela Calvache, a raw portrait of human trafficking which premiered at SXSW and has been selected by festivals around the world, receiving 15 awards and nominations. Epopeya produces animation, documentaries and fiction with an emphasis on forward-thinking storytelling.

“We believe we have a powerful tool to transform the world one viewer at a time, which is why we produce films that showcase diversity and become an opportunity to develop new talent. Our audience is one who allows art to stimulate their lives and reflect on the purpose of community,” Moncada said.

Written and directed by Christian Rojas (“Chigualo”) from Ecuador, Ñusta” delves into the complexities of coming out in a less than hospitable community.

The film follows Kallpa, a 12-year-old indigenous boy from the Ecuadorian highlands, as he slowly realizes his urge to transition. Along with Inti Raymi’s communal winter solstice celebrations, Kallpa must navigate these longings around seemingly closed and prejudiced minds and abuses to honor self-truth and inner peace.

“Kallpa’s desire to become a woman reflects my experience and my desire to recognize and show my homosexuality and the necessary and courageous daily realization that there is nothing wrong with being who you are,” said Rojas, who founded Oso Rojo Films to focus on LGBTQ film. projects and women’s rights.

He continued, “Ñusta explores Kallpa’s gender transition, of instinct, body and sexual abuse, but most importantly, reflecting on indigenous roots.”

In 2021, the film won the Punto Género section at the Latin American Industry Market of Ventana Sur in Buenos Aires after winning the market prize at the co-production meetings of Chile’s Bio Bio Lab event.

The main cast includes Ecuadorian Camilo Burneo as the Kallpa/Ñusta protagonist in his feature debut after appearing in Rojas’ short film “Phuyu”. Peruvian activist and theater actress Pamela Mendoza will play Toa, while Romel Vargas, who recently starred in the Bolivian short “Übermensch” by Pablo Bustamante, has been cast for Nebraska. Peruvian actor, visual artist and playwright Amiel Cayo (“Samichay”) will also be on the bill.

“Ñusta” is a very intimate film, born from the need to make visible the reality that certain minorities live in our country, in Latin America and in the world,” said Moncada.

Rojas added: “The real warriors are those who fight every day, every defeat will be a victory tomorrow. This is what it is to be Ñusta in the indigenous worldview.