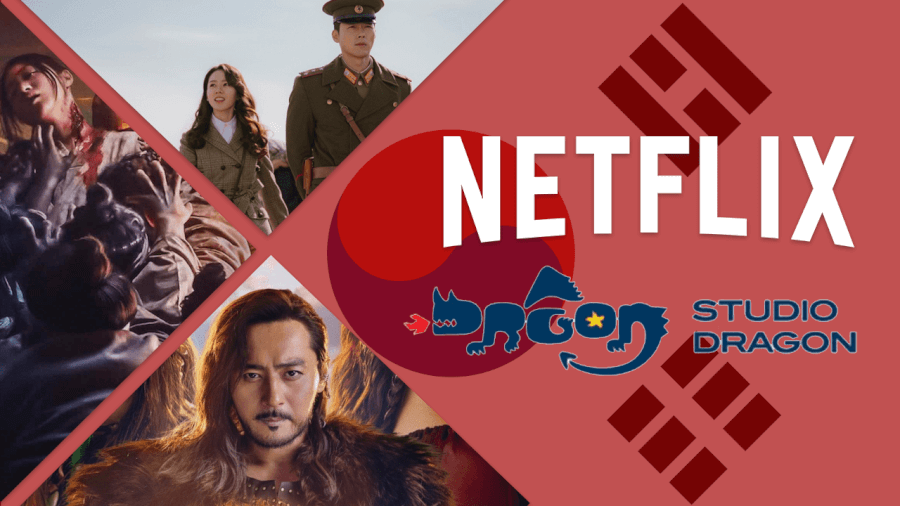 Every Studio Dragon K-Drama Series on Netflix in 2022

Studio Dragon, one of South Korea’s most prolific television studios, has been responsible for dozens of your favorite K-Dramas on Netflix. With over 50 Studio Dragon shows available to stream on Netflix in 2022, subscribers are spoiled for choice.

In November 2019, Netflix signed a lucrative three-year deal with Studio Dragon that would see the South Korean studio produce original content to be distributed by Netflix worldwide. Netflix also received distribution rights to other select Studio Dragon titles not produced under the partnership.

With over 50 dramas now available to stream, suffice it to say that Studio Dragon’s deal with Netflix has been one of the most lucrative in the streaming service’s history.

Before we get to the full list, we first picked our three favorite Studio Dragon K-Dramas on Netflix:

There was no better series to debut as South Korea’s first Netflix Original than Kingdom. Following the critical success of Train to Busan, some of the best zombie movies and TV shows released come from South Korea. Traveling back in time to the Joseon period of Korean history, Kingdom has everything you would want in a horror series. Thanks to impressive acting, a great story, absolutely amazing cinematography, and some truly dedicated zombie extras, Kingdom remains one of the best K-dramas on Netflix, and easily Studio Dragon’s best.

Exiled from court, Crown Prince Lee becomes Korea’s hope when a mysterious plague begins to turn the population into hordes of flesh-eating undead.

Chronicles of Arthdal NOT

In the mythical land of Arth, during ancient times, a power struggle ensues in the city of Arthdal. Eun-Sum, a young man born in the Blue Stone Village, must overcome his curse that would bring destruction to the city of Arthdal. Meanwhile, Arthdal’s war hero Ta-Gon dreams of becoming Arthdal’s first king. After winning many wars during his illustrious career, Ta-Gon has established himself as the most powerful man in the land.

Crash landing on you NOT

When it comes to ratings, Studio Dragon’s most successful cable drama series is the wonderful Crash landing on you. Currently third in the rankings, the drama’s highest-rated episode was watched by more than a fifth of all of South Korea’s 51.78 million people.

Beautiful fashion heiress Yoon Se-ri crashes in North Korea after being blown away by a windstorm on her paraglider. As she crashes from the tree, she lands on North Korean military officer, Lee Jung-hyeok. Although he is a principled and uncompromising man, Lee Jung-hyeok decides to help Yoon Se-ri and hides her from the North Korean authorities. As the pair learn more and more about each other and grow closer, it doesn’t take long before the pair begin to fall in love.

Below is your full list of Studio Dragon K-Dramas currently available to stream on Netflix US. All titles below Studio Dragon were either the production company behind the drama or its creator, planner, or developer:

What’s your favorite Studio Dragon K-Drama on Netflix? Let us know in the comments below!