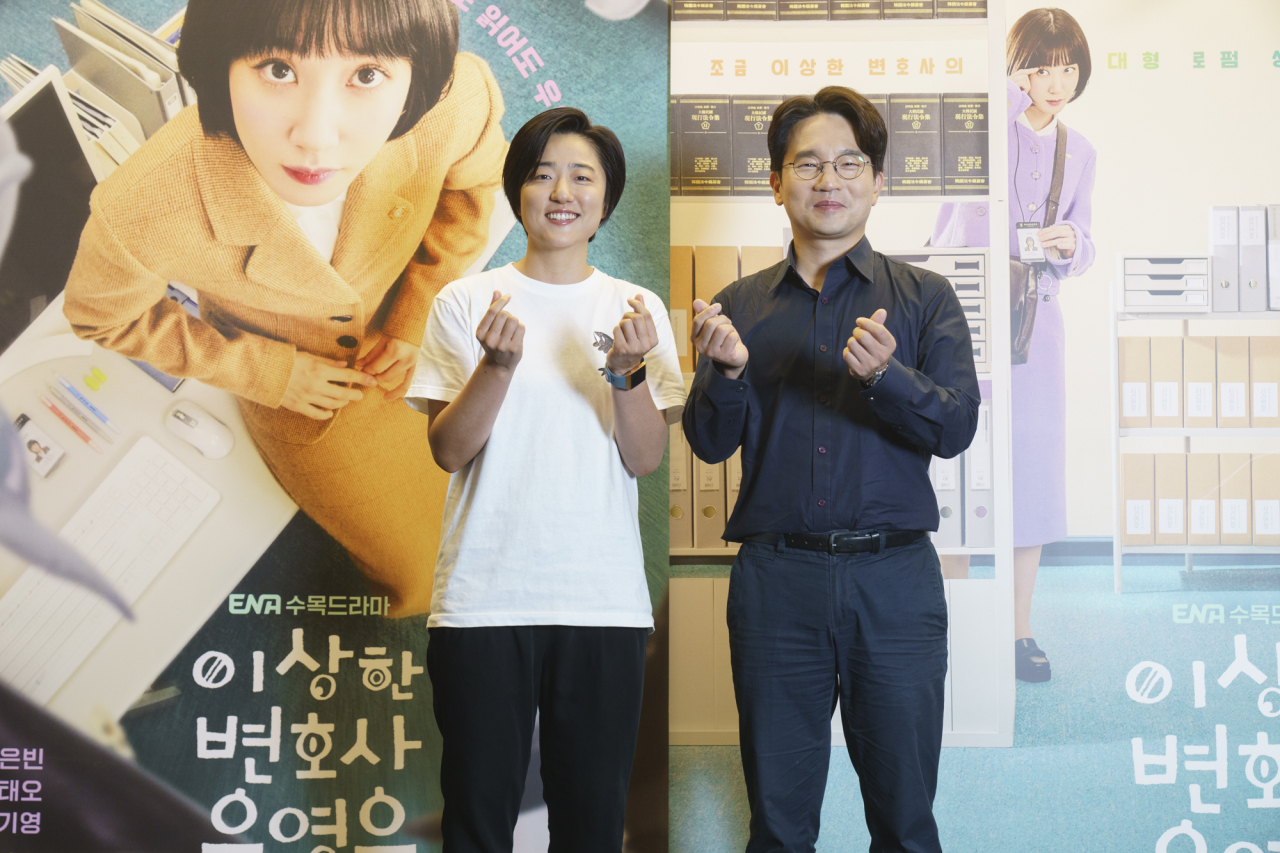 By: Ruby W. Hornbuckle
In: Drama audience
With half of its series airing on July 21, ENA’s legal drama “Extraordinary Attorney Woo,” the story of a gifted autistic lawyer, made history.

It topped global streaming platform Netflix’s weekly viewership chart for non-English TV shows in the second week of July. This made ENA the most watched channel during prime time from Wednesday to Thursday with a viewership rating of 13.1%, the highest number in the channel’s history.

While showing their excitement for the drama’s extraordinary success, director Yoo In-sik and screenwriter Moon Ji-won said the reactions from local and global audiences were unexpected.

“I wasn’t sure if viewers would be able to understand Woo Young-woo’s stories and thoughts. I was a little worried because the series was also to be aired on a lesser-known channel,” Yoo said during a press conference held Tuesday at the Stanford Hotel Seoul in Mapo-gu, western Seoul.

Comparing his series to Pyongyang-style cold noodles, an iconic food with mild flavors, the director never thought the series would go viral without provocative and wicked stories.

“I’m always surprised to see people watching the show on a bus or debating the drama in cafes. I am grateful for their love and support,” Moon said.

Moon, who made her small-screen debut with “Extraordinary Attorney Woo,” explained how the show’s gripping stories were selected.

“While the staff decided to present different legal cases in each episode, I tried to find in-depth stories by reading the essays written by lawyers. I didn’t want the scenes to be limited to the courtroom and in the office, so I also researched the cases with on-site inspections,” the writer said.

After writing the mystery thriller “Innocent Witness” (2019), a film led by an autistic girl who is the only witness to the death of a man who committed suicide or was murdered, Moon was able to better understand people autistic.

“People with autism have extremely broad knowledge about a specific area or their particular interest, a strong sense of justice and candor. These are some of the characteristics that can be enhanced by autism. Medical experts, who advised the show, also praised how the show tried to present many positive sides of autism,” Moon said.

But the director replied that the series certainly has its limits.

“It would be nice to produce a series that represents everything about autism. But it’s very difficult in our 16-episode series. I think it would be significant if “the extraordinary lawyer Woo” could raise awareness and understand the public on people with autism and promoting the inclusion of actors with disabilities,” Yoo said.

The series airs every Wednesday and Thursday at 9 p.m. on ENA and is also available on the local streaming platform Seezn and Netflix.

2022-07-27
Previous Post: Kheon Clarke on Breakout Role in Paramount+ Drama Series (Exclusive)
Next Post: The drama of the euro is not an existential crisis