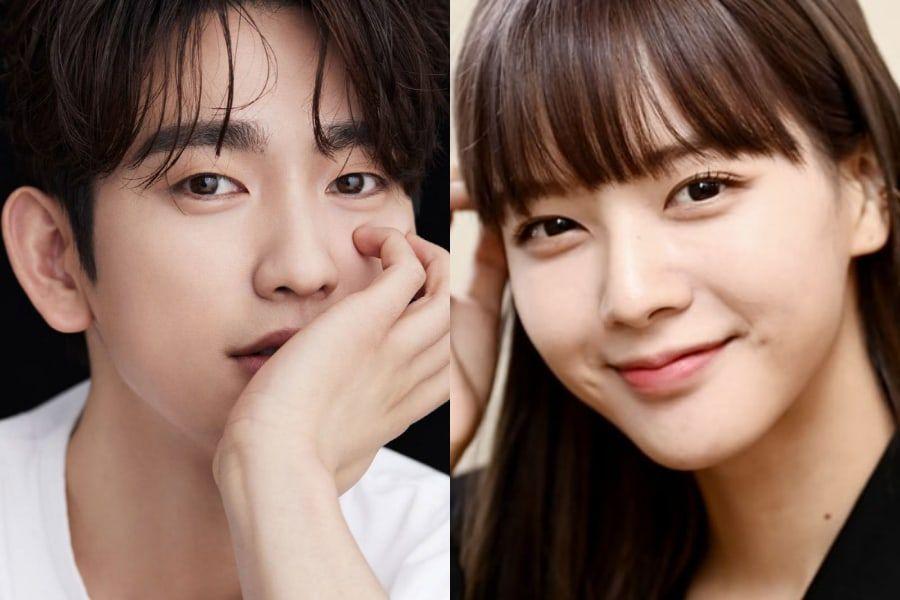 GOT7it is jinyoung and Noh Jung Ui can partner for a new project!

On April 28, Sports Chosun reported that Jinyoung and Noh Jung Ui will be playing the main characters in the new drama “The Witch” (literal title). In response to the report, Jinyoung’s agency BH Entertainment and Noh Jung Ui’s agency Namoo Actors clarified that they received an offer to star in the drama and are reviewing it positively.

“The Witch” is a drama based on a webtoon of the same name drawn by Kang Full. It tells the story of a man who loved a woman called “witch,” and it will be directed by director Kim Tae Kyun.

Jinyoung was offered the role of Lee Dong Jin. As soon as Lee Dong Jin graduated from college majoring in statistics, he was recruited by Shine Solution as the top data miner in the industry. During his school years, he met a girl named Park Mi Jung, who is swept up in all kinds of rumors. All he could do was be there for her and say he believed her. However, she leaves the school and he studies the statistics in order to tell her, “You are not a witch.” One day, he finds her in the subway, and this time, he is ready to give his life for her.

Noh Jung Ui was offered the role of Park Mi Jung, a woman who enjoys complete freedom. Every day at 3:30 a.m., she dresses up in cute clothes and leaves her rooftop house. She becomes a translator using her English skills which she has mastered since she was a child. Park Mi Jung, whose mother died when she gave birth to her, stands out even when she’s not doing anything. It might be because of her unique and mysterious vibes, but at some point, male students start falling in love with her. She is embroiled in rumors, with everyone calling her a “witch”. She’s used to loneliness now, but every now and then she remembers a high school boy with a bright smile walking past her with his group of friends.

“The Witch” is currently in talks to stream on an OTT platform, and filming will begin soon.

In the meantime, watch Jinyoung in “The devil judges“: