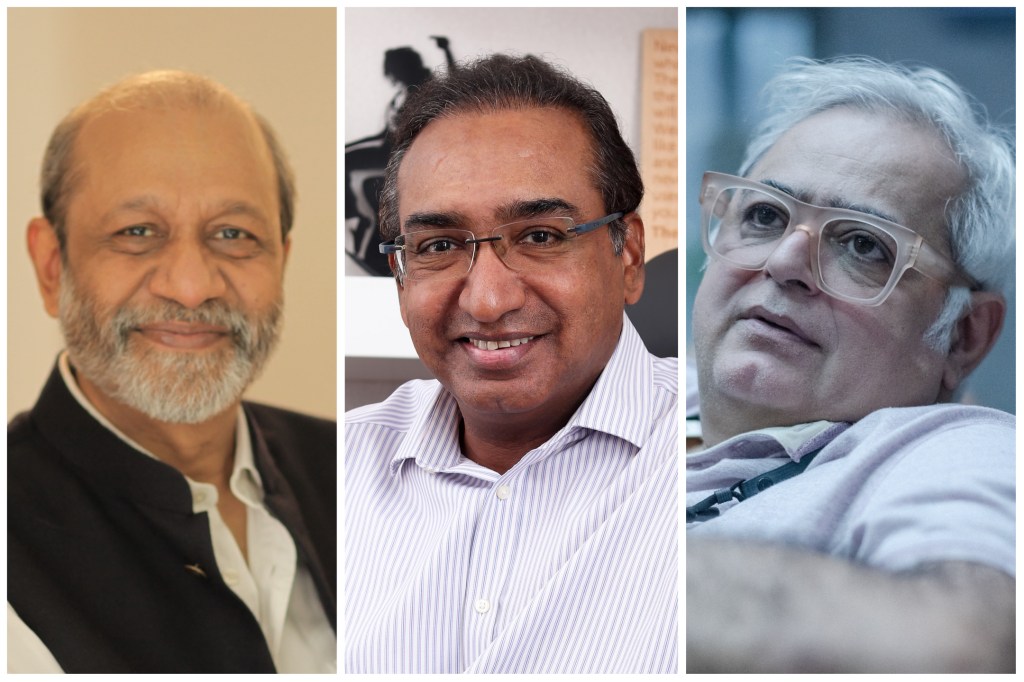 EXCLUSIVE: In May, we revealed that Indian studio Applause Entertainment was in the midst of developing a big-budget drama series about independence hero Mahatma Gandhi, and the studio has now turned to a pair of familiar faces to energize the project.

Hansal Mehta, who directed Applause’s SonyLIV drama Scam 1992was named director and showrunner of Gandhi (working title) and Siddhartha Basu, who worked with Applause CEO Sameer Nair on the early seasons of the Indian version of Who Wants to Be a Millionaire? (title Kaun Banega Crorepat), joined as historical consultant, factual consultant and creative consultant.

Gandhi will be period drama set during India’s struggle for independence and billed as epic, featuring several characters and locations from the Mahatma’s life. It is to be adapted from the books of historian and author Ramachandra Guha Gandhi before India and Gandhi – The years that changed the world – a pair of the most comprehensive biographies ever written on the iconic freedom fighter.

Applause takes a feature film financing-like approach to its TV series – developing scripts, hiring cast, crew and creatives, and filming before selling the production to Indian streaming services. That’s really the approach here, with Mehta and Basu joining Pratik Gandhi, who landed the lead role of his namesake two months ago, as we revealed at the time.

Mehta is known as one of the leading Hindi film and television directors, known for films such as Shahid, city ​​lights and Simran. He will lead creatively Gandhiwhich is expected to run for several seasons and will detail Gandhi’s life and relationships with his friends, colleagues and enemies, such as The crown explored the British royal family. Notably, Mehta realized Gandhi lead Pratik Gandhi in Scam 1992which is one of India’s highest profile streaming hits.

Mehta told Deadline that he was committed to the project for its entire duration, having initially contacted Nair to “shamelessly offer himself” as director after reading our report on the project.

“There comes a time in your life when you find a story that you want to tell that you realize will be part of the history of storytelling in India,” he said. “How could I stay away from the greatest figure in modern India – the father of the nation – and the books of Ramanchadra which are so meticulously researched with so much rich material? This is my chance to explore the character and his world and to tell a deep and personal story.

“I have to tell the whole story,” he added. “There can be no greater opportunity in a filmmaker’s life and I can’t tell half the story and let someone else tell the rest.”

“We at Applause are honored to have this opportunity to tell this important story of India and bring to life the rich history of India’s freedom struggle in a deeply layered multi-season drama series,” said Nair. . “A story of this magnitude needs a filmmaker of equal stature and in Hansal we have found our perfect storyteller. Collaborating again with Hansal and Pratik makes it all the more exciting.

Basu, known locally as “the father of Indian quiz shows”, has hosted several game shows such as quiz time, brain of india and College Challenge and was the original director-producer of Kaun Banega Crorepat thanks to its BIG Synergy production vehicle. He reunites with Nair after 22 years – the CEO of Applause commissioned the series in 2000 when he was program director at Star India.

“Behind the scenes of Gandhi will be an emotional experience, and when a series of this magnitude and importance is made, it needs people who truly believe in its importance. With Hansal’s directorial vision, Pratik’s delicately nuanced performance and Siddhartha Basu joining the creative process, we are thrilled to bring the journey of Gandhi and India to a global audience,” said Nair.

The series will move from Gandhi’s early days and his actions as a lawyer in South Africa to the struggle for independence in India, telling the lesser-known stories of his life that played a significant role in his transformation into Mahatma ( a revered person in South Africa). East Asia). He will also tell the stories of all his compatriots and contemporaries in the freedom movement, who played a vital role in shaping what became free and modern India.

The production will tour India in several international locations, including London and South Africa, it seems. Local crews and actors will be employed for overseas production elements.