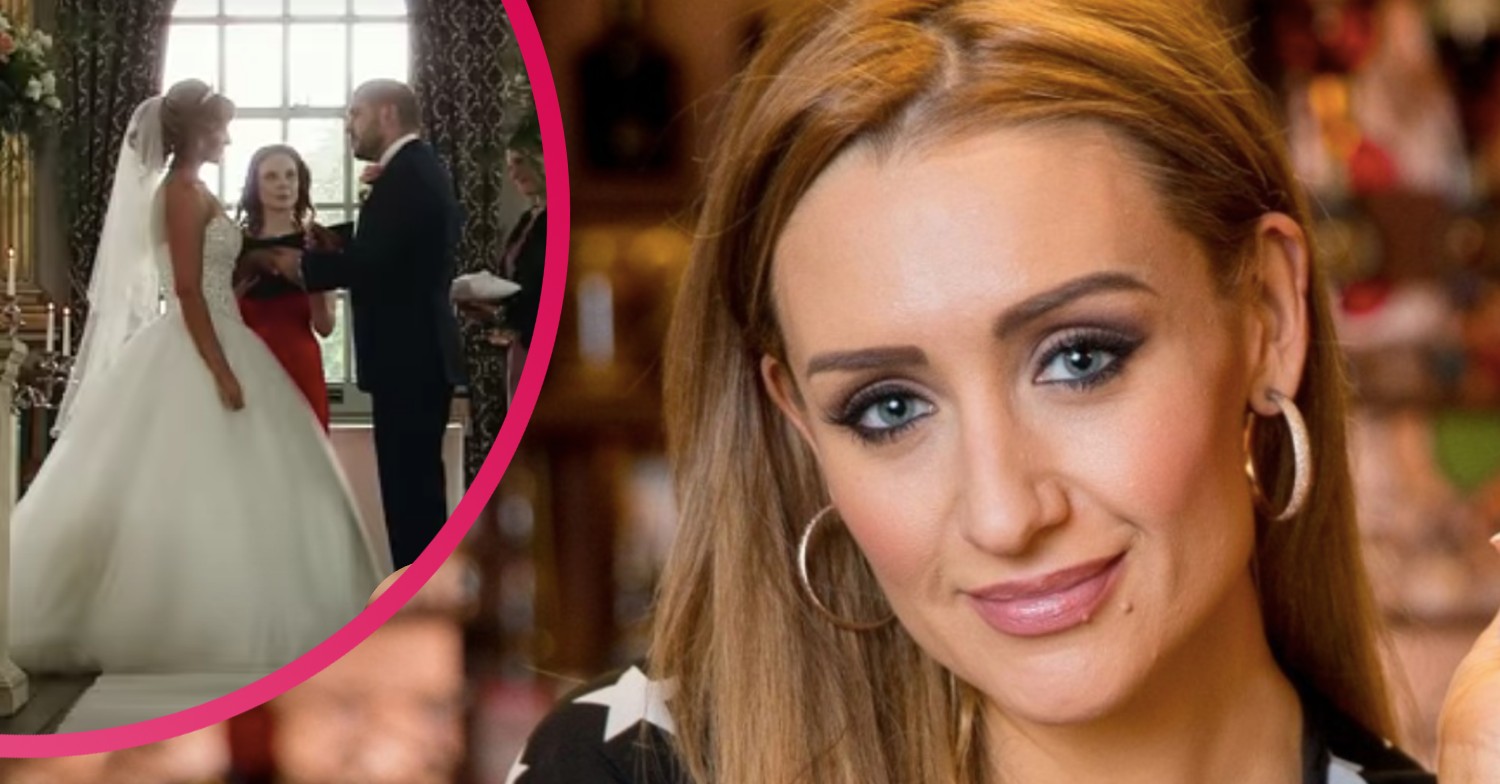 Her wedding drama and sad goodbye

Eva the diva, as she was nicknamed, was glamorous and dramatic, and she was in the thick of the action during her seven years on the streets.

Who was Eva Price?

Eva arrived in Coronation Street to live with her mother Stella Price and Stella’s partner Karl Munro when they took over Rovers.

Eva had a string of ill-judged romances with Jason Grimshaw, Nick Tilsley and killer Rob Donovan, earning her a reputation as a man-eater.

But Eva turned out to have more than just good hair and bad taste in men when she befriended Billy Mayhew, the local vicar.

Eva came across a girl called Marta, who was hiding in the factory – she had smuggled herself out of the house where she was living when Eva and Aidan Connor went to dinner with Underworld clients.

She realized that poor Marta had been exploited by her former “employers”, the O’Driscolls. Along with Billy, Eva set about exposing the O’Driscolls and helping Marta.

After a few doomed relationships, Eva fell in love with Aidan Connor.

Eva was head over heels in love with the handsome factory boss, but Aidan began an affair with Maria Connor.

Poor Eva discovered the truth when Aidan accidentally left his phone connected to the couple’s television.

A message from Maria to Aidan appeared on the screen as Eva watched. What a shock!

But there was no great confrontation – not then anyway! Instead, Eva set out to get revenge on her unfaithful.

She pretended to be pregnant, and when Aidan proposed, she accepted and even asked Maria to be her head maid of honor.

As wedding plans progressed, Eva teamed up with Adam Barlow and the couple worked to ensure Aidan faced financial ruin.

But Maria hinted that Eva was lying about her pregnancy and revealed all to the shocked wedding guests!

In classic Corrie style, the women ended up brawling in a fountain with Eva in her wedding dress.

When Eva later realized she was really pregnant, she decided she didn’t want anyone to know about it – especially Aidan.

She kept her pregnancy quiet.

Meanwhile, Toyah Battersby and Peter Barlow were eagerly awaiting the arrival of their new baby via surrogate.

When the surrogate lost her baby, Toyah was devastated. But she and Eva planned for her to take Baby Price instead.

Eva went to a remote cabin where she gave birth with Toyah by her side. Toyah and Peter named the baby girl Susie, after Peter’s late twin sister.

Aidan went to visit Eva at the cabin, and the couple danced together and shared sweet moments.

But what Eva didn’t know was that Aidan had come to say goodbye. He committed suicide and Eva was devastated.

After desperate soul-searching, she took little Susie back.

What happened to Eva Price?

Eva decided to leave Weatherfield with Adam Barlow and start a new life. But Adam realized she didn’t love him the way she loved Aidan and stayed behind.

Eva now lives in France with little Susie and her mum Stella, and is sometimes mentioned by her sister Leanne. We still hope that she will one day return to Weatherfield.

She had roles in all manner of TV shows, including Holby City, Lilies and Doctors, as well as a midwife in Corrie and prison guard Abi Peterson, before landing the role of Eva. .

Since leaving Weatherfield, Catherine has become something of a national treasure. She took part in Strictly Come Dancing, partnered with Johannes Radebe and received accolades for her roles in 15 Days, Scarborough and Viewpoint.

Catherine is married to Tom Pitfield and the couple have a son called Alfie. Their second baby – a baby girl – is due any day!