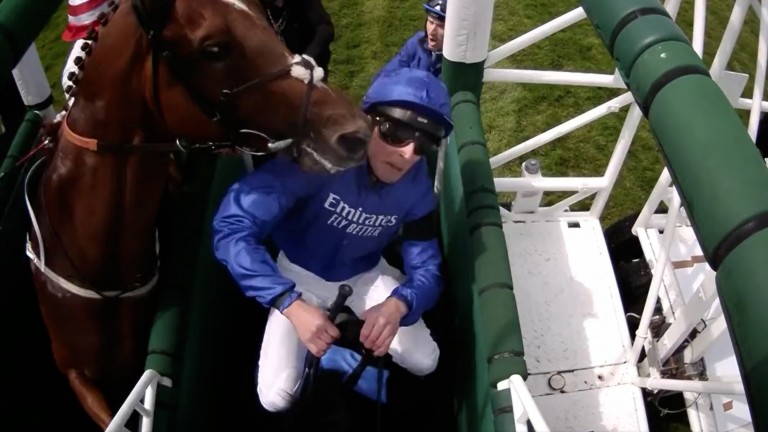 There was a dramatic start to Derby day when ‘a very bad mistake’ meant William Buick’s horse ran without him after a rival rider in the next stall hit him on the head.

The championship-seeking rider, who is aiming for a second Derby triumph on Nations Pride, was aboard Blue Trail in the 1m2f handicap which started in the afternoon.

He was hit in the head when Approachability reared into the nearby stall and Buick still looked reeling from that hit when the choke let go of the field.

Blue Trail left with the others when the gates opened, without its jockey, who remained in the stalls.

The riderless horse, which was later declared a non-runner, was also influential in the finish of the race as it appeared to interfere in the closing stages with second-placed Grenoble, who failed to catch up with the winner Swilcan Bridge.

William Buick spoke to Racing TV presenter Lydia Hislop who said: “He said he was hit on the top of the head by the horse in the adjacent stall.

Buick was assessed by doctors and cleared for final trips that day.

Relieved trainer Charlie Appleby said: “He’s fine and luckily he had that hat on. The horse’s head just grabbed him from the front.

“He said for a few seconds that he was catching his breath but he’s fine, that’s the main thing.”

Stewards investigated the incident and interviewed the starters.

After hearing their testimony, they accepted that Approachability threw its head to the left, hitting Buick’s head, which temporarily incapacitated him and distributed his weight to the left side of the starting stalls running board and, therefore, was not fully mounted when departure was made.

This caused Blue Trail to leave the starting pits without a rider and as such he was deemed a non-rider and therefore retired.

“I saw the replay and it’s unfortunate for Will, but luckily he’s fine and his horse is fine, that’s what matters.

“We have to be happy with the way we ran because it was a 25-1 shot but you can’t help but feel a little sick because it cost us a winner. Hopefully there will have other days for him.”

Bookmaker on the course Barry Johnson said: “Rule 4 on Blue Trail cost us more than a grand. Luckily we hadn’t paid out any winnings before the inquest result was announced so we had lucky on that front.

“Our worst losers in the race were Mr Big Stuff and Box To Box, so it was good to beat them.”

How did it happen 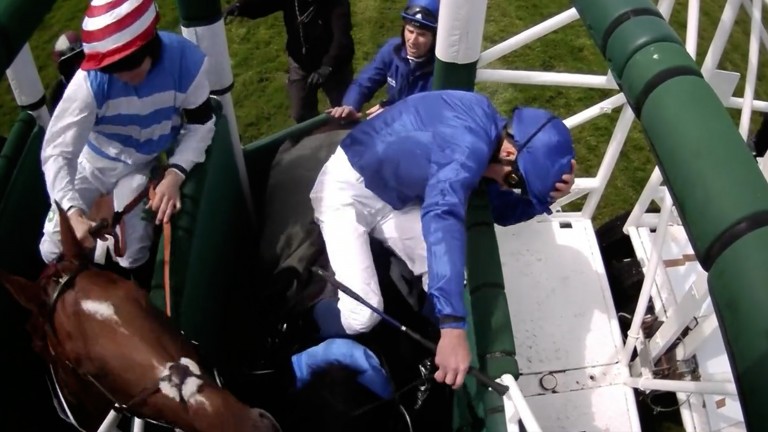 William Buick is in shock from the blow