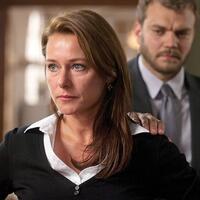 “Borgen” is back. The Danish political drama about a charismatic woman who becomes prime minister took the world by storm and turned into one of Scandinavia’s biggest television exports a decade later.

On February 13, the fourth series will air on Danish television ahead of its highly anticipated international debut on Netflix in the spring.
Viewers last saw former Danish Prime Minister Birgitte Nyborg the day after her fledgling political party won a sensational election victory. Ten years later, she is Minister of Foreign Affairs in a government led by a woman 10 years her junior.

“Since we said goodbye to Birgitte, a lot has changed,” said Henriette Marienlund, head of fiction at Danish public broadcaster DR which developed the series.

“She’s older, her life is different, her children have grown up and the world is different,” Marienlund told AFP.

As Denmark’s top diplomat, a job she envisioned at the end of the third season, Nyborg now finds herself faced with the discovery of oil in Greenland, an autonomous territory of Denmark, believing it holds the key to her independence. .

For the fourth season, “Borgen – The Kingdom, Power and Glory,” series creator Adam Price wanted an all-new script, Marienlund explained. However, many of the original cast are back, including Sidse Babett Knudsen as Nyborg.

Except this time, she has a very different role.

Denmark’s new fictional prime minister, Signe Kragh, has no intention of being walked on, and neither is Greenland’s foreign minister, Hans Eliassen.

“Even though this season is more international than the previous ones, it’s still a very Danish series where you see a lot of the Danish lifestyle,” Marienlund said.

It is this skillful blend of ‘hygge’, the cozy Danish perspective seen as exotic abroad, with the realism, as normal people grapple with everyday problems, that has been seen as part and parcel of his success.

“Borgen was commissioned for a Danish audience,” explains Eva Redvall, assistant professor of film at the University of Copenhagen and a specialist in Scandinavian theatre. “His international success was a surprise,” she added.

“The interplay of the political arena, personal drama and media in a Danish setting has proven to intrigue and fascinate abroad as well.”

When “Borgen” first aired in 2010, its depiction of a woman leading a government and raising two young children was relatively new, at least in many Western countries. It wasn’t until 2011 that a woman first held the post of Prime Minister of Denmark, as reality took over from fiction.

In the years since, a woman has become Sweden’s prime minister in 2021. Britain only got its second in 2016, and in 2017 Jacinda Ardern became the first New Zealand prime minister to give birth while in office. .

“In Denmark Borgen is mainstream television and abroad it is a niche subtitled series. International audiences sometimes focus on things that are not talked about in Denmark, for example the prime minister cycling to work,” adds Redvall.

Sold in over 190 countries, “Borgen” gained new and younger audiences after its first three seasons landed on streaming site Netflix in 2020.

“What started with ‘Wallander’, ‘The Killing’, ‘Borgen’ and ‘The Bridge’ has grown into more varieties and genres'”, from the romantic comedy ‘Home for Christmas’ to the series of science fiction ‘Real Humans,’ says Redvall.

Netflix “helped promote this diversity as they got more people to watch series with subtitles, which was very rare before, especially for UK audiences”.

According to the streaming site, almost two-thirds of subscribers worldwide watched a Nordic series or film in 2021.

Netflix has yet to reveal a release date for the eight new episodes of “Borgen,” but that won’t be until after the series ends in Denmark.

In the country of 5.8 million people, previous seasons have drawn up to 1.6 million viewers.

“There’s a lot of hype, so a lot of people will probably watch,” Redvall says, “especially since there’s a combination of ‘old’ viewers and a new, younger audience who discovered the show on Netflix.”

So far, only one new season has been filmed. Its budget has not been disclosed.

“I don’t know yet if there will be others,” says Marienlund, hoping nevertheless for success.