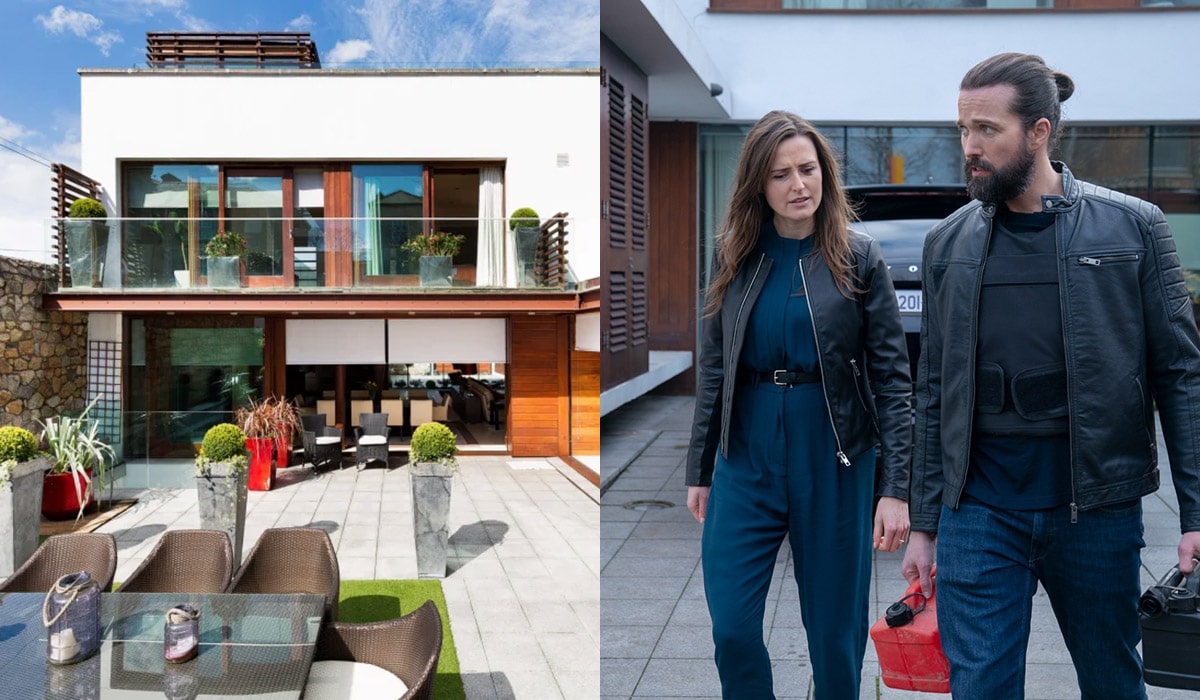 The producers of hit crime drama RTE Kin have become victims of housing shortages, as they struggle to secure properties for the hit show’s second season.

The show, which is set to return for at least two more seasons, captivated viewers with its hard-hitting storylines, which mostly took place in three houses belonging to the Kinsella crime family.

The Irish Sun has revealed that show bosses have only been able to secure two of the three homes featured in the Irish drama’s first series.

Amanda and Jimmy Kinsella live next door to assassin brother Michael and across from gangster matriarch Aunt Birdy. The houses are located close to the Aviva stadium in Dublin.

The Kin producers now face a big hurdle as the house used for Birdy’s pad in the first series is currently unavailable to them.

An insider said, “Throughout the first season, the main characters moved from house to house.

“The episode eight finale took place outside and then inside Birdy’s house where Amanda arrives to tell Frank (Aiden Gillen) that the price of peace with mob boss Eamon Cunningham is the murder of his son Eric AKA Viking.”

The final episode shows Birdy putting pressure on her brother Frank to fulfill his role as head of the family.

The insider added that fans will be confused by the sudden change in scenery for Birdy’s house. They said, “Fans everywhere are going to wonder why Birdy would suddenly move away from the rest of the Kinsella family.”

A practical reason for all of the Kinsellas to live on the same street was to allow all filming to be more easily contained, particularly during COVID restrictions. Having Birdy, played by Maria Doyle Kennedy, in a new location will make it harder to keep storylines secret.

The insider said: “It’s not just paparazzi. It’s fans with cellphones taking photos of the action and uploading videos to social media. Images of any of the actors could also reveal the best secrets of the season.

Rossa O’Neill, Kin’s location manager, told The Sunday Times that it had been difficult to locate three houses for the first series. He revealed that Amanda and Jimmy’s house was to show the “heights they had reached through their criminal activities”. The element of security was highlighted by high walls and a large gate surrounding the house.

“The property’s proximity to Michael and Birdy’s home tells part of the story, as we can see where they came from.”

Kin boasts an average of 621,000 viewers on RTE One, and has nearly three million streams on RTE player.