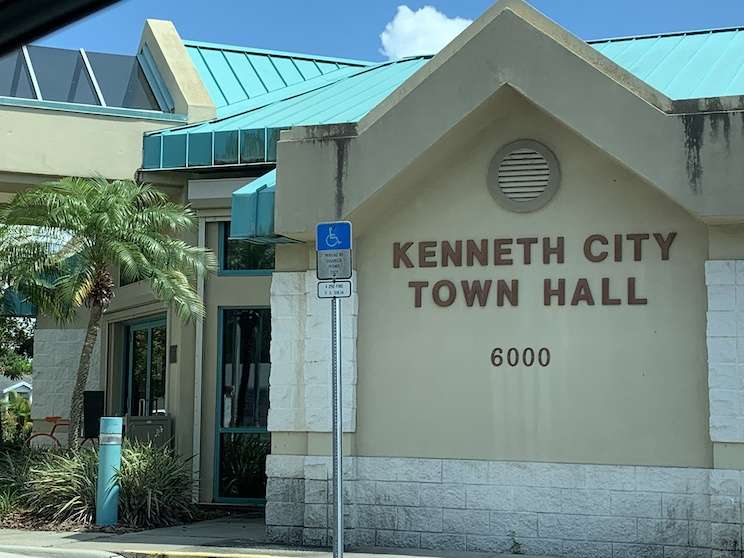 There were no major protests related to the last Kenneth City Council meeting on July 13, although a few citizens reiterated suggestions that some elected officials are stepping down and the council’s actual handling of city affairs. continued to reflect some level of dysfunction.

Adoption of the consent agenda, which usually happens at a town meeting in less than a minute, without any discussion, was a complicated process that resulted in the deletion of five of the six items and when they register for the regular action program.

“Half of these things haven’t even been reviewed yet, so I don’t see how we can manage them on the consent agenda,” said board member Barbara Roberts. “We didn’t talk about it and we didn’t see it before this meeting.”

Acting City Manager Rob Duncan pointed out that all of the information Roberts referred to was in their packets and discussed at each of his one-on-one meetings with council members. Roberts later clarified to the audience that she does not participate in such sessions and that consent agenda items have usually been discussed at a previous meeting.

Council member Megan Zemaitis said she recently had a one-on-one out of courtesy for the new administration, but was against it in principle.

“Any questions I may have, I’m sure residents may have the same questions and even more questions, and would love to hear the discussion and understanding behind our decision making,” she said.

“I think everyone sitting in this audience should know what’s in this package, and know what our questions are and their answers,” Roberts said to applause from the audience.

Duncan reminded the board more than once that any member can withdraw any or all consent agenda items, which typically consist of items that should be dealt with at the administrative level. He acknowledged that the one-on-one sessions had not been held before in Kenneth City, but are part of an attempt to use “best practices” based on what other municipalities are doing.

Once this discussion was completed, the six agenda items by consent were reduced to one: the minutes of the June meeting, which were approved. Another item, regarding an overall change to the plan, was merely informational and did not require any action, although a motion was passed accepting the presentation.

Zemaitis protested the introduction of the third item, a letter of thanks to recently deceased city attorney Randy Mora, because she felt all members of council should have had the opportunity to sign it. The letter will be reworded to include all five signatures.

A resolution was passed regarding the city’s signatories, with the signatures of two of the four people – the mayor, the city manager, a senior consultant and the police chief – required for certain expenses.

A revised budget schedule was as follows, with a third public hearing date moved to September 29. The other dates are September 14 and 28. The final item on the consent agenda was acknowledgment of a performance report submitted by Imagine That Performance, the company tasked with overseeing city affairs following the recent mass resignations of the city manager, city clerk and others.

One such resignation was that of Mora, who gave 30 days’ notice at the end of the June board meeting. This left the city technically without legal representation for five days. The board met in a special meeting called just prior to the regular meeting and nominated Sarah Johnston of Weiss, Serota, Hellmann, Cole + Bierman, which represents many state government entities, to fill the position. on an interim basis at $250. per hour. At the regular meeting, a motion was passed directing the General Manager to negotiate a contract with this company for the permanent position.

In other cases, council gave consensus to direct the city manager to pursue options to update security at City Hall for $15,000 or less with consideration by Vice Mayor Kyle Cummings.

A discussion of avenues for accounting solutions resulted in two separate directives: in the short term, a motion to extend an existing contract with Aclarian in six-week increments was passed; and for the long term, the board agreed to Imagine That Performance looking for a turnkey accounting solution they offered.

The police chief reported a generally positive outcome of the July 4 event in the city and announced that the Florida Department of Transportation recently provided the department with a $1,000 speed laser for the traffic law enforcement.

Two letters were read during public comment time documenting an alleged dysfunction in city government and suggesting the mayor and some council members resign. Both letters were met with applause from the audience. A speaker present asked if it was possible that the whole council could be put in conflict resolution.

The acting city clerk told The Gabber that as of July 18, his office had not received any recall petitions for any of the city’s elected officials.

The Gabber team has brought back the print version of the newspaper and we’ve redesigned our website to make it easier for you to get the news. We’re not out of the woods yet, and every little bit helps pay for our reporters, printer, and other expenses. Support local news and families – donate now to keep The Gabber Newspaper serving the community it loves!