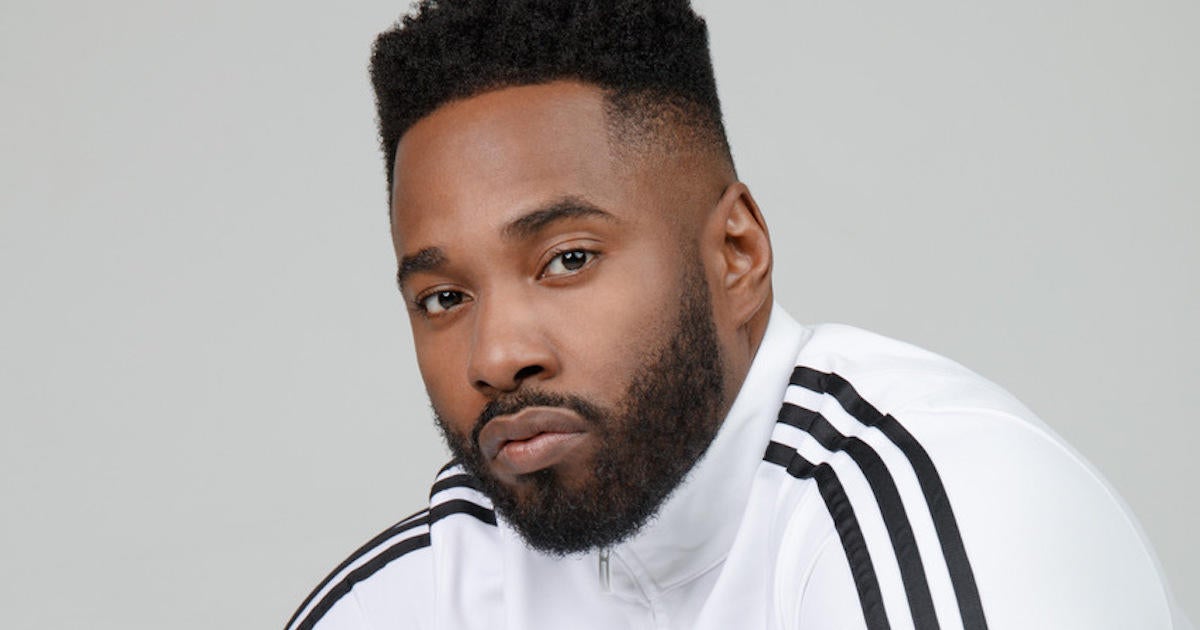 If you haven’t watched the new Paramount+ drama series SkyMed, You miss. The series takes a closer look at nurses and pilots and the intense journeys they endure on and off the job. Kheon Clarke stars as Tristan, the career-focused flight doctor and team player who takes his career seriously and his relationships casually. It’s a major role for Clarke, one he considers his greatest to date.

The actor has previously starred in Disney’s Gabby and the Unstables. He is also a guest on hit TV shows such as Riverdale, a million little things and batwoman, to name a few. PopCulture recently spoke with Clarke about transitioning to Tristan, his love for comedy, and how he expanded his worldview with drama and action.

PC: So congratulations on SkyMed on Paramount+. How was the project born for you?

CC : A normal hearing process. I didn’t think too much about it, but it was just one of those moments when everything clicked into place. The writing was good, I was kind of in the zone, and one of those things where it kind of came together, and luckily for me, they really liked the tape and decided to come along with me as Tristan.

What kind of preparation did you do once you landed the role of having to play a flight doctor?

Well, we went through a few days of intense medical training because they tried to gather as much information as possible in a few days, which would normally take a two-year course for paramedics. So that was a lot of that, and we also had a medical professional, his name is Steve Bradley, but we call him Medical Steve, and if it wasn’t for him, a lot of scenes where I have to save some people wouldn’t have seemed as realistic as that. So I guess the medical training and having Steve to help us was really handy.

How intense was it for you to have to cram in a few days of training? You said it normally takes two years to get that kind of experience, so to be able to make that as realistic as you did for such a short training?

It was pretty intense, a lot of procedures that my character ends up doing, I’ve never done before, I’ve never handled a needle, put on a neck brace, how to properly get someone out of a stretcher, that’s was quite intense, but I was not afraid of it, because my mother was a nurse. She didn’t really talk much about work, but I knew the kind of things she did, and she was well prepared and had the qualifications to do all of those things.

For example, when I was younger, I used to help her practice wrapping some wounds well and gauzes and stuff like that when she was going to nursing school before she got her job. So I guess I’ve had a slight experience with that, but not too much. But overall I guess it was pretty intense, but once you got a few things under your belt, learned how to do a few things, then it got a lot easier, but it wasn’t overall an easy process, if it doesn’t make sense.

Of course not. Do you consider this series as your flagship series in itself? Because you usually did a lot of guest roles? I know you have already played in Gabby and the Unstablesbut before that, you had more guest roles than recurring roles.

Yeah, I’d say to this day, SkyMed is definitely my breakout role, because I guess audiences see me more as my character, Tristan, on the show, and also that I’m under contract. So I guess I would rank that as my biggest role so far. Yes I agree.

How does this differ from other projects you’ve done, in terms of your character? Do you prefer to do more dramatic projects or do you like action?

I guess if anyone knows me, there aren’t many filming here in Vancouver, or in Canada in general, but I’m more of a comedy-based actor. Some of the producers either say you were born with it or you weren’t, but I just have good comedic chops and good timing, so that’s a little more up my alley. But I’m falling in love with the idea of ​​doing more drama, because some of my drama teachers always tell me if you can do comedy, then you can do drama, you just have to go somewhere, and you feel that pain, and just kind of bring it out and show it to the public.

So being like you love comedy, but you’re in a drama series, how else do you seek to expand your expertise as an actor? What kind of projects do you want to get involved in next?

The next project I’d like to do is something more like a comedy-drama, I think I’d do well, and more action, because with SkyMed, there was action, and I was able to save people, so I got addicted to it. I hope one day you’ll see me on the big screen jumping out of a plane, with explosions and stuff like that. It’s something that really interests me. But only time can tell, and when the right opportunity comes along, just wait for it.

You had other guest roles, including one in batman. In fact, I recently spoke with the leading lady of the next batman film. How was it in this world?

I guess the context of that episode I was on batman, I was playing an ex-boxer/con accused of a murder I didn’t commit. It was very interesting, it was more of a kind of social justice episode for that. And that batman ended up proving my innocence and actually saved me from the police, which is kind of interesting because she’s for the law, but I guess when she realized… because she’s a detective – when she realized that the law had not understood right. They were taking an innocent man who happened to be black to jail.

So it was very interesting. There was a scene in the courtroom where I kind of broke down, and I made a threat based on I guess that was some kind of evidence that they’re using against me in my breakdown of courtroom. But obviously my character was just more upset that his freedom was going to be taken away from some BS charges that… Kind of like, I don’t mean the typical story in America, but just stuff like that kinda happens, and I I was just happy to be a part of something that shines a light on this stuff, and it was a very fun and interesting role for me on this show.

Another thing I wanted to ask you SkyMed being on Paramount+, as an actor, what do you think of the current state of content consumption? Obviously, there are a lot of opportunities through streaming, and there are so many different streaming platforms. How do you navigate the world as an artist with so many options? Do you find it overwhelming or more of an advantage, or are you more of a traditional person and prefer TV and movies instead of streaming?

I’m more traditional, but I understand the business side of things. As an actor and part of the show, you want everyone to see it. But for example, there is Paramount+ in the United States. I don’t know if you know it, but SkyMed is a Canadian-based show, but it does not appear on Paramount+ in Canada. It’s on CBC, and that’s something that baffled me. I was like, “Okay, well, on the same streaming platform as a Canadian show, they should show it.”

But I get it, that’s business. But coming from the acting side, I would like as many people as possible to see it. But I do not know. We’re just the artistic and creative side, not too much of the business side here when we do things. It’s a little hard to navigate because I have friends who say to me, “Oh yeah, what have you been on? I want to see this show.” But some shows are not available in some regions. Well, for now, now, SkyMed isn’t available everywhere on Paramount+, but there are other shows that eventually aired, so I’m a little on the fence about that, to be honest.