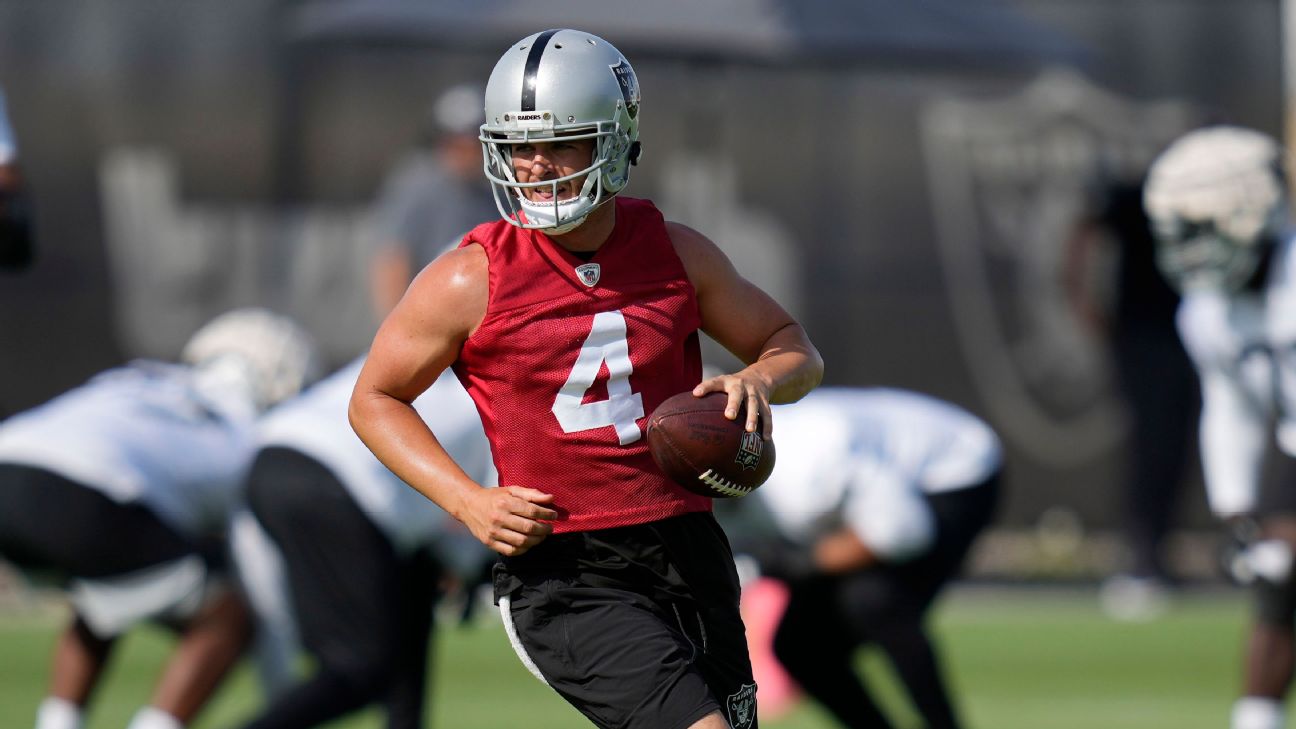 HENDERSON, Nevada — After a season of turmoil, tragedy and an unlikely playoff berth, Las Vegas Raiders strategist Derek Carr said he hoped dealing with such problems off the pitch was a thing of the past.

Especially with a new regime at the helm of the organization under owner Mark Davis, from president Sandra Douglas Morgan to general manager Dave Ziegler to coach Josh McDaniels.

“I think we’ve had a lot of time since all of this happened,” Carr said Friday, during his first training camp press conference.

“I told you, I couldn’t even understand it at the time, I’m a human person – I haven’t really had the chance to feel all these emotions, and after the season, one day you will just hits like, ‘Wow, damn it.’ More so, the life transformations for families and for the loss of lives and careers that are made and all that.The real part of it hits you because it was so, it happened, and we were from back here to play. There’s so much on your mind, football-wise, that we haven’t really figured it all out.”

The Jon Gruden email controversy cost the former coach his job with the 10-year, $100 million contract; he resigned on October 11. Less than a month later, on November 2, the receiver Henry Ruggs III was involved in a high speed car accident in Las Vegas which claimed the lives of a young woman, Tina Tintor, and her dog. Ruggs was released by the team less than 24 hours later.

Later that week, another former first-round pick Damon Arnette was cut after the cornerback posted a video of himself brandishing guns and making death threats.

Carr said at the time that he dreaded checking his phone when he woke up for fear of seeing more negative news.

Instead, the Raiders rode a four-game winning streak to end the season, which saw them finish 10-7 and claim the franchise’s first playoff bid since 2016, just its second since 2002. The Raiders lost a heartbreak to the eventual AFC champion. Cincinnati Bengals in the joker round.

Carr signed his own extension — for three years and $121.5 million — in June.

“There are a lot of things that Derek Carr does every day to give you a lot of confidence in what he can do with your team,” McDaniels said during minicamp. “I don’t know how everyone rates him. I just know that I feel pretty good with the things I see…he works really hard. He’s acclimating to some of the new guys.

“He treats everyone the same, which I like. That’s a good sign of a leader. He’s not just going to talk to the guys who are in the first group; he talks to everyone at every position – attack, defense, kickers, punters. So I was very impressed with him.

Carr said the toughest questions he had to answer last season were how to deal with off-field issues at the time.

“If I’m honest, after the season I had a few days to think about it, really during the summer and things like that,” Carr said. “But since football [started] and we talked and worked on the playbook, it was all football. And it was nice.

“I’m glad that hopefully all of that is behind us.”