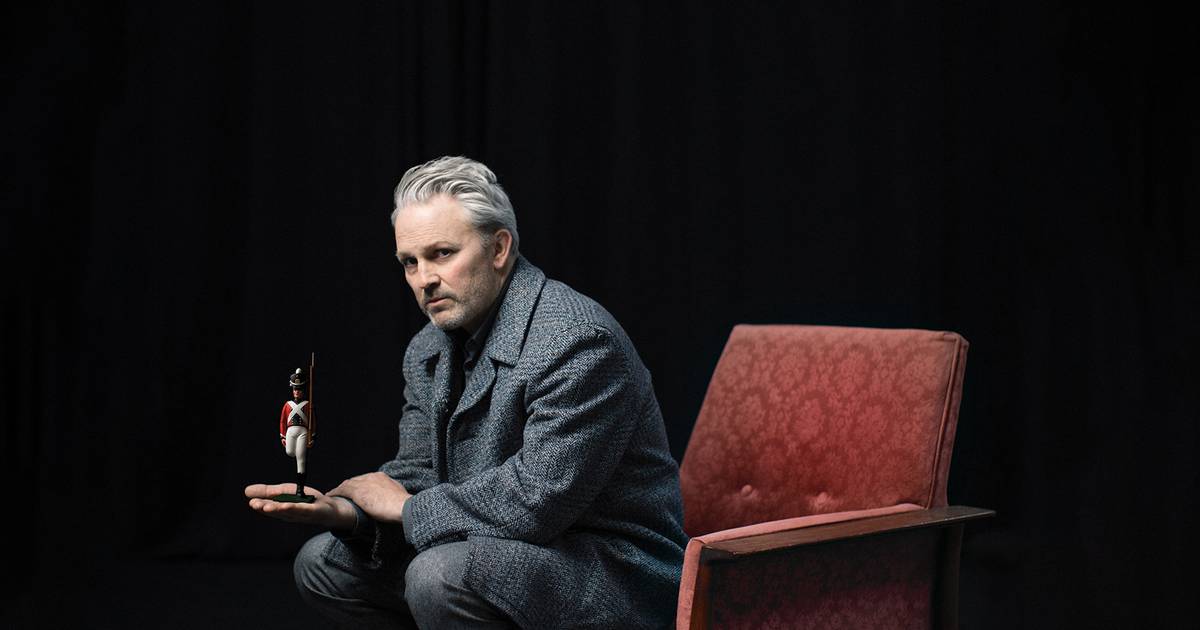 Looking back on the past decade, it’s tempting to ask Louis Lovett, an actor dedicated to creating plays for young audiences, why he started getting creepy.

Think back to 2010’s fantasy adventure, The Girl Who Forgot to Sing Badly, and you’ll remember that Lovett arrived colorful and lighthearted, in a striped bathing suit, as a young girl on a mission to save her family. One could easily divide the plays of his company Theater Lovett into two camps, one characterized by such quirky and comforting narratives. The Other Camp, containing adaptations of fairy tales and popular stories, is boldly sinister.

“Very often with theater for young audiences, the colors of the rainbow and the brightness are what you expect. It wasn’t our thing. We went to those darker colors,” says Lovett. Ahead of his new play, The Tin Soldier, a take on Hans Christian Andersen’s fairy tale, he shares his experiences of what happens when you turn children’s stories dark.

For example, a few years ago the Lovett Theater toured the chilling play A Feast of Bones – a tonal shift for the company. During a post-show discussion, young audience members expressed strong disagreement with the ending. The play served something fascinating and morbid that was hard to resist: the possibility of revenge.

A retelling of the Henny Penny folk tale, A Feast of Bones found something very serious in this tale of a chicken who, believing the world to be ending, recruits a group of animals to alert the king, only for she leads them into death by the claws of a fox. Madness and violence had historical echoes for Lovett. “I saw a parallel with the march to war in 1914, and with that mob mentality. It was an obsessive drive based on the silly assumption that something was falling on someone’s head,” he says.

He gave the idea to playwright Frances Kay, who set the narrative in wartime France, in a dimly lit cafe where folk musicians play songs containing subtly murderous lyrics. Henny Penny is now disguised as a waitress and is wracked with survivor’s guilt over the deaths of her friends. His client is the fox, a war profiteer who profits from the suffering of others. Henny Penny brings plates in and out of the kitchen, and with each course there are hints that the fox, unbeknownst to him, is being served food to his own family.

Lovett has a knack for creating atmospheres of menace, but what if it makes kids mistake the hero for an avenger? “One of the key elements of these pieces is the responsibility you have towards young audiences. You can’t say revenge is a dish best served cold,” he says. After Henny Penny leads the fox to the gruesome conclusion that he devoured his loved ones, she reveals it was all a charade and reunites him with his family. The fox learned the horror of his actions, but that wasn’t enough for Lovett’s audience. “The kids wished she wouldn’t let him get away with it,” he says. They wanted blood.

This places Lovett in a complex position, where the demands of being an artist often resemble the responsibility of an adult setting an example for young people. Not since A Feast of Bones have there been so many instructive lessons on how to deal with the consequences of someone’s actions. Instead, he chose to present hard-to-reconcile real-life issues in easily recognizable ways.

The impetus for such pieces often seemed to come from a protective place. His excellent drama The True Story of Hansel and Gretel was inspired by reports in the UK that one in four children under the age of five suffered from tooth decay. This allowed him to play with the hypothesis: what would happen if a parent gave in to a child’s wish to eat as much sugar as he wanted?

Set in a medieval German village populated by quietly sinister bakers, the play showed Hansel and Gretel’s worried father watching their every move, while their frustrated mother wished they were out into the world. It felt as if it encouraged young audiences to consider less fairytale and more real dilemmas, allowing them to see a dispute unfold between adults over different parenting styles and, more ambitiously, giving them the opportunity to decide whether the children of the room are pampered or abandoned.

Like Muireann Ahern, his co-artistic director and wife, Lovett is a designer of pieces for young people, but who is nostalgic for old times. When the opportunity arose to revisit Hansel and Gretel by staging Engelbert Humperdinck’s operatic version, Ahern had the ingenious idea of ​​replacing the endless forest of the tale with a labyrinthine hotel. “She was hearing on the news that people were coming out of their homes and being put up in hotels. Children were restricted and could not play in hallways and stairs,” he says. While the parallel with an ongoing crisis was urgent, Ahern’s vision was not for a contemporary hotel but for an establishment straight out of the romantically doomed Ruritania of Hergé’s Tintin or Wes Anderson’s Grand Budapest Hotel.

These references to the old world are deliberate. Lovett remembers a turning point in his own childhood when, using his imagination to create new worlds on his doorstep, his attention suddenly became preoccupied with the arrival of one of the world’s indomitable toy franchises: Star Wars. “Each child arrives wired to imagine, pick up an object and play with it. We now live in a world where talented people make games and say to the player: it’s okay, you don’t have to imagine this character, his costume, his voice,” he says.

He likes to think that when immersed in the bygone eras of Lovett plays, an audience could take a break from these pre-ordered imaginative experiences. “What a child knows is their own world. So we like to bring aspects of things that they don’t know,” he says.

Lovett seems a staunch proponent of retaining the sense of play you had in your youth. In conversation, his smart, snappy narratives are often punctuated with cartoonish sound effects, or comically distorted facial expressions. The world can easily avoid an adult who clings to his childishness, and such resilience is why Hans Christian Andersen is a hero to him.

“People thought of him as awkward, weird, weird but he was an incredibly modern artist,” he says. The decision to adapt The Tin Soldier was tied to Andersen’s admission: “Most of what I’ve written is a reflection of myself.” In the story of a toy soldier who separates from a paper ballerina, Lovett saw something revealing about Andersen and the decisions the author made about his life: “It’s a representation classic of him, when it comes to the sad story of someone who lives a life where they never found love, not to say he never had any love affairs.

It has been speculated that Andersen had relationships with men and women of Danish artistic high society. He remained celibate for most of his life, dependent on wealthy benefactors in his later years and enjoying celebrity fame. The play parallels the plot of The Tin Solider with a turning point in Andersen’s life: whether it’s acting on his desires or choosing a solitary life as a successful artist.

The approach to the piece seems impressed by this creative production. Inspired by the author’s arrival in Copenhagen as an ambitious teenager, when, gifted with a soprano voice, he auditioned as an actor and dancer, the production assembled a cast including singer Olesya Zdorovetska, dancer Kévin Coquelard and piano virtuoso Conor Linehan.

While directing The Tin Soldier, Lovett is surrounded by people who inspire him. Besides Andersen, with his daring acting and unparalleled imagination, Nico Brown, who is one of Lovett’s early mentors, is co-screenwriter on the screenplay. (He was seen in A Feast of Bones, as one of the musicians.) “Nico comes from that tradition of Punch and Judy, of entertaining the kids with what you have: your voice, your instrument, your storytelling,” he said. .

It makes the room personal. For someone who talks about the importance of setting an example for young people, Lovett now looks to his own role models.

The Tin Soldier runs at the Gate Theatre, Dublin, from June 10 to July 2 and at the Black Box, Galway, from July 11 to 16