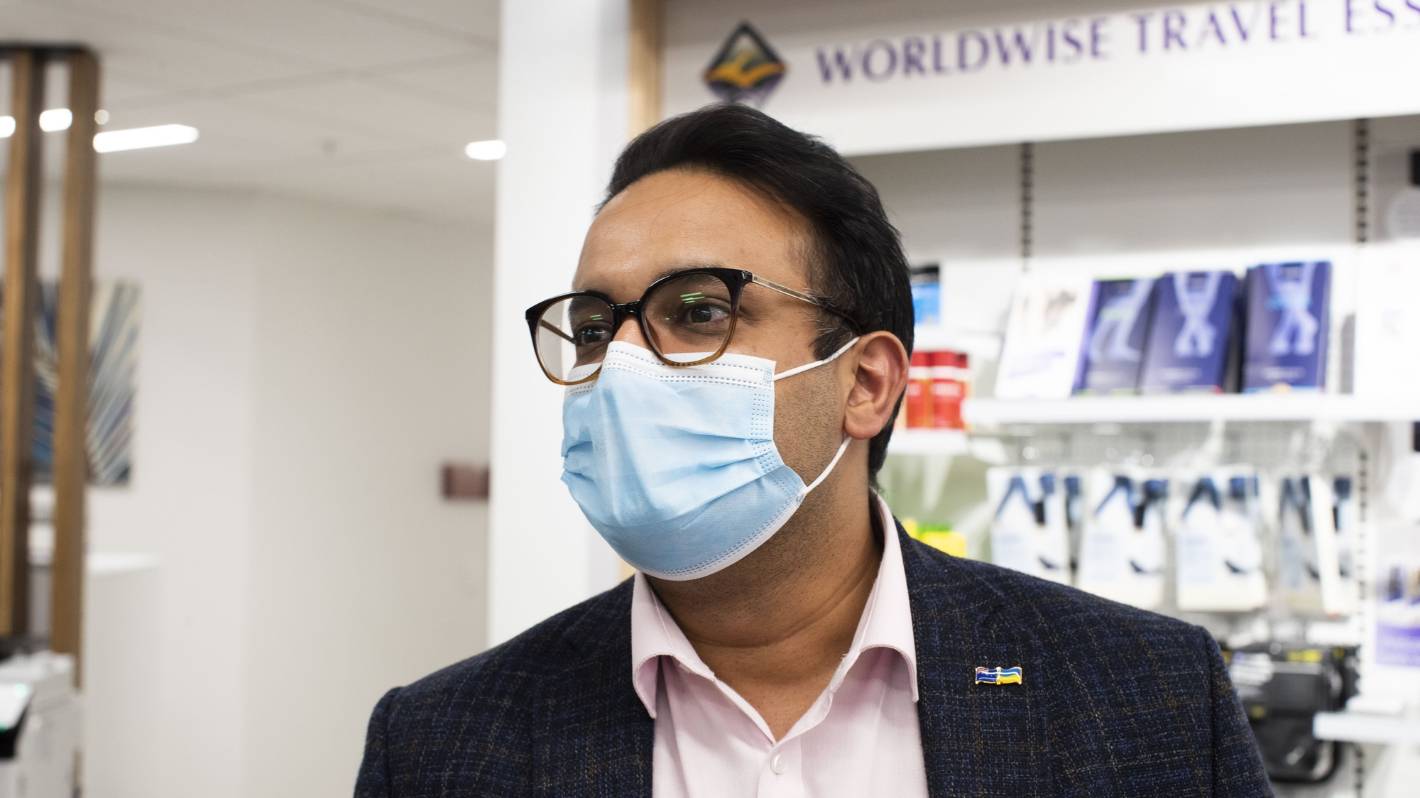 Luke Malpass: Gaurav Sharma’s drama is a salutary reminder: Politics is about numbers

‘OPINION: “Do you know what politics is? It’s not if you’re a bum. It’s about whether you’re a smaller tramp than someone else.

In the seminal political documentary Rats in the Ranks, the man aspiring to be mayor of Leichhardt for the third time, Larry Hand, uttered these words of wisdom.

These were clearly not words heard by Gaurav Sharma, the GP turned MP. It is unlikely that he ever watched Rats in the Ranks, for if he had he would have known he was a smaller bum than almost any other member of the Labor Party. He would also have realized that, even in a tiny municipal election in Sydney in the early 1990s, the numbers are what count. The nature of politics does not change.

He would also have understood that in politics there is often a meeting, or many small meetings, before the main meeting, where people get together and try to sort out the outcome in advance. Especially when someone comes off as a Labor rat – despite Sharma not having voted against the party yet, which is the traditional definition of being a rat.

Caucus meetings, like most other things in politics, are governed by numbers. It’s not a trial, it’s just a peer vote. And Sharma will now almost certainly be kicked out of the Labor caucus by Tuesday, and likely from the party in due course.

A short political career will come to an end. But in the meantime it is inflicting as much damage as possible on the government and – probably unintentionally – hitting soft spots where there is a level of public suspicion or fatigue with Labour.

It’s easy to forget that at the root of Sharma’s complaint, he refused to be managed in any way after Labor whips barred him from hiring new employees because there had problems with its management.

The key point is that there has been precisely no new evidence produced to support any of his initial claims, and now he has moved on to criticize the Prime Minister and Labor for running a ‘kangaroo court’ from which he was suspended. He refused to show up, of course, but that’s okay.

He will no doubt be a short-lived hero to a section of the political right who think he is standing up to big Labor and a hero against centralizing tyrants everywhere. But there is no question of principle, no ideological disagreement. In fact, every problem Sharma has seems to revolve around himself and resentment for the way he was handled.

He’s clearly smart enough to make all of his claims plausible if you hear them on the radio and aren’t really listening properly. But now, according to Newshub, he has started recording conversations with his colleagues.

If trust is the central currency of party politics, he is broke.

That said, just because Sharma doesn’t appear to be the victim of obvious bullying doesn’t mean there aren’t other Labor caucus MPs the subject of complaints.

And the problem with Gaurav Sharma and Sam Uffindell is that they are both very junior backbenchers. These are massive distractions for their parties and raise different versions of the same problem: candidate selection. The big difference is that Uffindell received a blue ribbon seat from the National Party, while Sharma was in a marginal seat and was swept away by Jacinda Ardern’s 2020 landslide.

What the Sharma mess has obscured this week may be the very first signs of some economic stabilization. Wage growth outpaced inflation during the year at 8.8%, but it appears that at least part of this growth was due to an increase in hours worked.

Reserve Bank Governor Adrian Orr suggested in an interview with Stuff that New Zealand may be reaching the end of its interest rate tightening cycle. He also admitted that the bank could have been wrong over the past few years, although he pointed out that it used the best data at the time to guide its interest rate decisions, as well as its purchases. of large-scale assets and its funding for lending programs.

As the long cold and wet winter seems to drag on forever, Labor will try to bring the conversation back to the economy in a bid to disrupt National’s ever more cohesive narrative of what’s wrong with the country and why it’s is the fault of the Labor Party. Whether you agree or not, National Leader Christopher Luxon and MP Nicola Willis have been telling a much better story than National has for a long time, and the opposition has favorable economic conditions.

Over the past few months, Labour’s message has been mainly defensive, and it has reacted in small bites. So while trying to explain that inflation isn’t really the government’s fault and there’s not much they can do, they then make a disappointing – and temporary – payment of $350 at the cost of budget living for those earning less than $70,000.

Labour, and Finance Minister Grant Robertson in particular, have struggled to talk about good indicators — especially relative to other advanced economies — while trying to say it’s cold comfort to anyone facing to higher grocery bills and household expenses. The overall story is that the Labor Party is investing in health, education and long-term reforms that will make New Zealand better.

But that’s a tough sell when many of these larger changes will only be visible to voters over time. And this is a highly contestable space.

It is a politically difficult situation for the government. Since Luxon took over as head of National, he has rebuilt National’s economic credentials, having suffered enormous reputational damage in the previous year. Labor knows they have to fight this.

By Tuesday, Gaurav Sharma will probably no longer be a Labor MP. He made it clear that he would not leave quietly. But where there are rats in the ranks, the numbers will rule everything else.