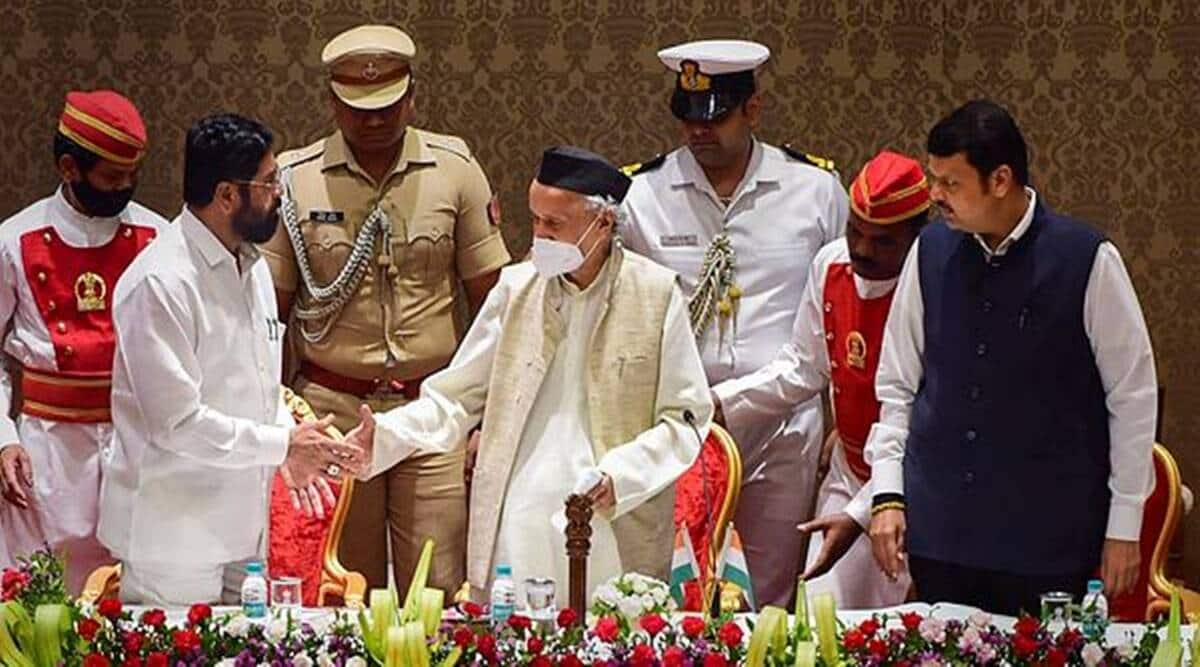 Maharashtra political drama: When the BJP won but its leader lost

As the top BJP leaders gather in Hyderabad for its national executive, it will have one more trophy to display on its wall: the state of Maharashtra. Although the former chief minister Devendra Fadnavis played a key role in hunting down two-thirds of the Sena cubs from Thackeray’s lair, he may not strike happy poses afterwards. For, he was deprived once again, this time of the coveted prize of the chief ministry. In a day of dramatic developments, the real surprise was not the BJP’s choice of chief ministerial candidate, Shiv Sena defector Eknath Shinde, but the public snub to Fadnavis, the top leader of the BJP in Maharashtra. The clearly avoidable snub in the media spotlight has rattled the BJPs, to use their new slogan, the ecosystem, while leaving the political establishment as a whole baffled.

Before digging deeper into the current political minefield, revisiting the state’s recent electoral history will help us understand the high-stakes battle underway.

It was in 2019 that the central leadership of the BJP initially seemed cold to Fadnavis’ efforts to appease the Shiv Sena, with whom he had an alliance, after the BJP failed to secure a majority to form the government. In the 288-member House, the BJP under the leadership of Fadnavis had won 105 seats while the Sena had 56. The combine easily passed the 144 mark. . The Sena, interestingly, never seemed unmanageable. A call or two from Prime Minister Narendra Modi or Amit Shah would have been enough to appease Uddhav Thackeray. But that never came even as the BJP leadership was seen taking all possible measures to retain Haryana which went to the polls with Maharashtra.

The BJP’s reluctance was striking in its efforts to take over Haryana which sends only a dozen MPs to Parliament, while ignoring Maharashtra which has four times the number of parliamentary seats of Haryana. It was inexplicable that the central leadership of the BJP was seen engaging much smaller parties, even trying to win new allies in the northern state and at the same time paying no attention to its 30-year-old partner. in Maharashtra and the Centre. It was the first visible sign that all was not well between Fadnavis and the BJP leading duo. But why would the BJP risk losing Maharashtra?

The answer to this question is directly related to the developments of this week. Furthermore, it also highlights how the central leaderships of the national parties, be it the Congress or the BJP, view the leaders of Maharashtra.

First, about the Sena-BJP brawl. The BJP’s strained relationship with the Sena after the former developed its own Hindu Friday Samrat is no secret. Until Narendra Modi arrived on the scene, Shiv Sena founder Bal Thackeray was considered the Hindu heartthrob. His cordial relations with Atal Bihari Vajpayee and Lal Krishna Advani of the BJP have helped the two sides stay together for more than three decades. However, after the rise of Modi-Shah, the BJP has become increasingly reluctant to welcome any other partners into its Hindutva space. This led to friction between the two Saffron siblings. Such was the BJP’s zeal to eliminate anyone who shared its board on Hindutva that it had no hesitation in showing its willingness to even forge a truce with the NCP to starve the Sena. With this in mind, the central BJP leaders wanted Fadnavis to go solo in the 2019 assembly elections.

In turn, it was Fadnavis’ mistake not to draw inspiration from the Center while insisting on a pre-election alliance with the Shiv Sena. The team led by Uddhav Thackeray was a bigger critic of the Fadnavis government than of the opposition. The Sena policy of having the cake and eating it too has infuriated the BJP leaders. Yet, due to Fadnavis’ insistence and the RSS’ wish to avoid a split in Hindu votes, the two parties went to the polls together to become each other’s enemies in the post-Secondary scenario. electoral. The Sena, citing the 50-50 power-sharing deal with the BJP, claimed the post of chief minister, which the latter was unwilling to part with. Thus was born the tripartite alliance in November 2019 in which the Shiv Sena, the Nationalist Congress Party and the Congress came together to stave off the BJP. Since then, the ruthless BJP had been waiting to settle accounts with its former partner and punish the Thackerays.

He did just that by installing Eknath Shinde, a veteran of the Thackeray court, in the chair of the chief minister. And in doing so, he snubbed his own man, Fadnavis, for his decision to go with the Sena in the 2019 election. In the process, he also sent a message down the line to take no position for granted. Over the past two and a half years, Fadnavis had become the face of the state BJP and was on a mission to unseat the government from the three-party alliance. He and everyone around him assumed that Fadnavis would be chief minister once the government led by Uddhav Thackeray was overthrown. However, this was not to be the case.

Politically too, it suits the BJP to have Shinde, a Maratha, as the face of its alliance government instead of Fadnavis, a Brahmin. The Fadnavis government had to face the wrath of Maratha and the NCP led by Sharad Pawar was thought to be inciting the politically dominant community. The rise of Shinde, the BJP believes, will neutralize the NCP. Also, it will be much easier for the BJP to beat the Shiv Sena with one of their own. This is the easily visible political optics.

But there is much more than meets the eye. Capable and promising Marathi leaders, whether in Congress or the BJP, have always had their wings clipped the moment they tried to become ‘national’. In the 1970s, it was Yashwantrao Chavan who was not only ostracized but humiliated by Indira Gandhi. Later, it was Sharad Pawar with whom the first Congress family had an uncomfortable bond that eventually forced him out of the party. And now Fadnavis faces the same fate. If the political vine is to be trusted, Fadnavis is paying the price for the mistake of some of his overzealous supporters of coining a slogan ahead of the 2019 election: “Devendra after Narendra”.

For the Marathi ManoosDelhi continues to be gate (distant), as Fadnavis would have understood by now.

The writer is editor, Loksatta