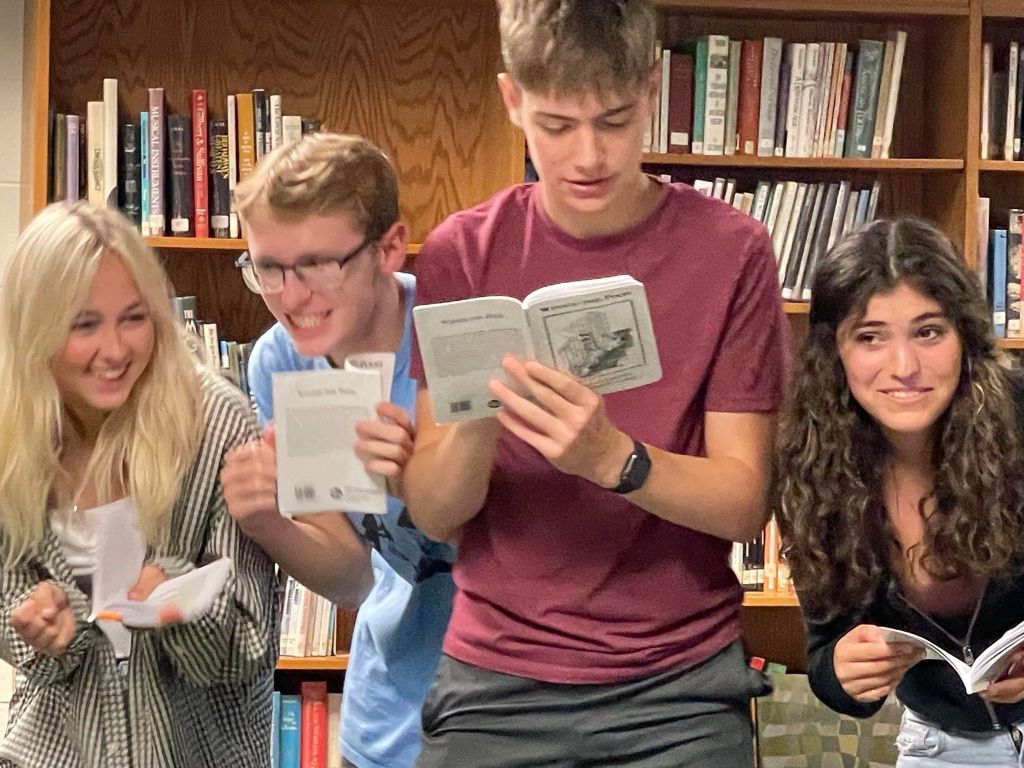 Mariner Drama will present “Winnie the Pooh” – The Voice

Mariner Drama kicks off the 2022-2023 school year with their take on “Winnie the Pooh.”

The production will take place at 7:00 p.m. on September 22 and 24 at the East China Center for the Performing Arts.

“Adapted from AA Milne’s first book starring Winnie the Pooh, Pooh finds himself embroiled in many fun and exciting adventures, assisted by Eeyore, Piglet and Rabbit,” said Jay McCulloch, director of Mariner Drama and instructor of ‘English. “Pooh’s intentions are always the best, but his passion for honey always gets him in trouble, especially with the bees in the forest.

“When friend Piglet is forced into Kanga’s household, Kanga starts bathing him with soap and forcing spoonfuls of fortifying medicine. Pooh wants to come to the rescue, but he has a lot of snacks (and) he gets stuck in Rabbit’s door.AA Milne’s wit and special understanding of young people make this play one of the most successful presented.

The team is led by behind-the-scenes director Azalea Taube, assisted by Brooke Wormsbacher and Tori Berger. Anna Winne is the lighting manager and Andrew Pressman is the sound manager.

When asked why he chose to put “Winnie the Pooh”, Jay McCulloch said he had long loved the “Winnie-the-Pooh” stories by AA Milne.

“I loved the Disney versions growing up, but it was in college that I read the original stories,” he said. “The warmth, kindness, simple joy and wonder are such a contrast to our world that I have found, and still find, such comfort in the heart that comes from these tales. I was surprised to see how excited the students and our community have been about this particular choice of show.These characters are still very much loved, and so I think that excitement comes from a childhood bond with these animal friends that we still love.

Jay McCulloch said Mariner Drama held auditions for this year’s ninth through 12th graders in June. The students selected to participate in the show received their script at the beginning of the summer and have been in rehearsal since the beginning of August.

“We really hope that many, many families will witness this, not only bringing children with them, but also being open to being that child as they watch these beautiful, touching and often funny stories unfold on our China PAC stage. eastern,” he said. “There’s a real warmth and heart that people will feel watching this show.”

He noted that while the cast and crew hope to have younger children in the audience, children 3 and under may still struggle to enjoy the experience.

Tickets for the production can be purchased on show nights at the East China PAC box office or online at marinerdrama.ludus.com. Tickets are $10 for adults and $8 for all children and students.

“Bring family and friends for this wonderful evening of theatre,” said Jay McCulloch.