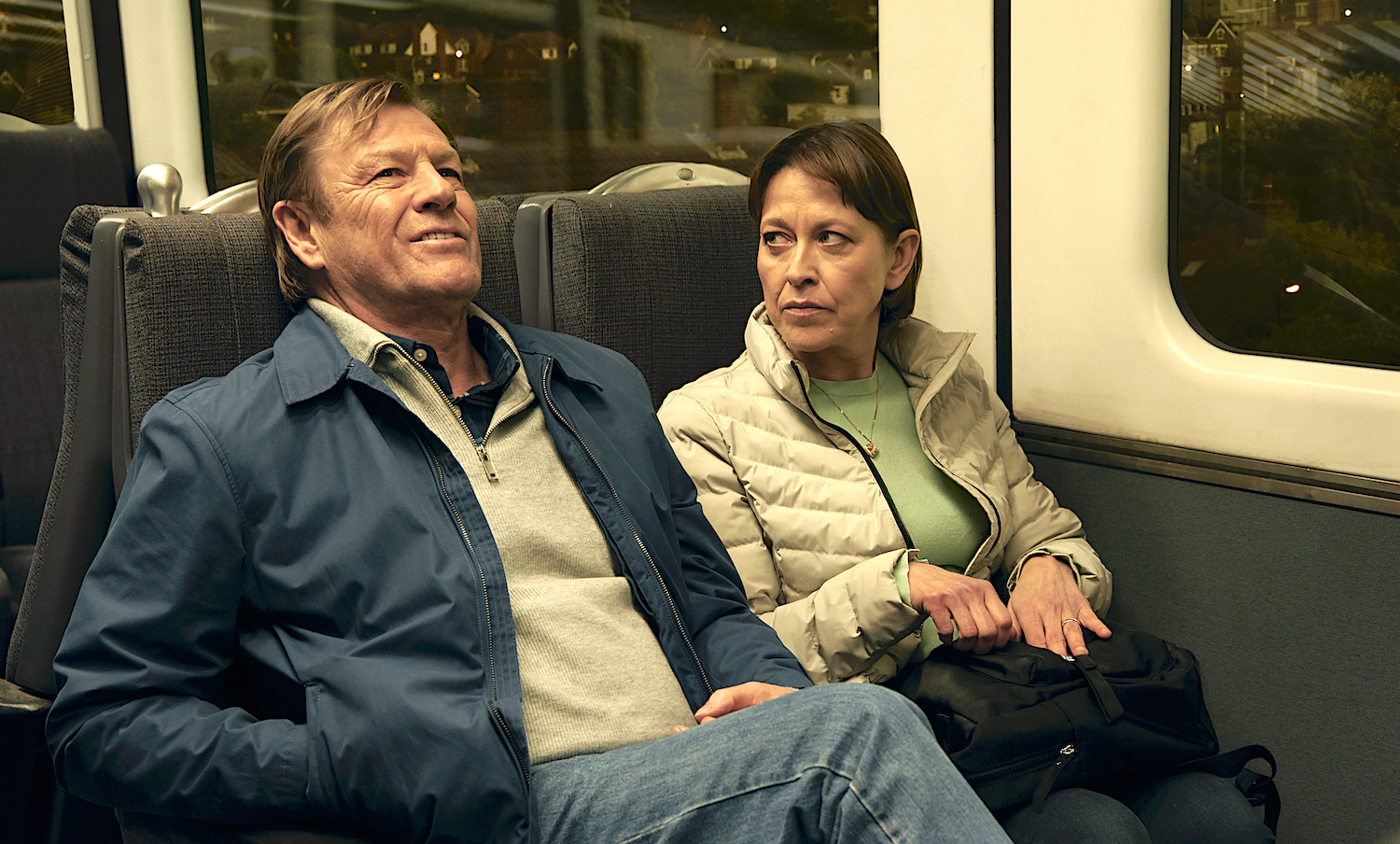 Marriage, BBC One, review – a brilliantly executed drama series with a big heart

We’re in the usual world of Golaszewski’s domestic routine, where the characters often hide their feelings and assume that’s exactly what you’re doing. It looks like a modern comedy of manners, but it’s a minefield. Tonally, it’s in gradations of beige, pale gray and watery green, both visually and emotionally; then, much like the way brief strokes of intense color appear in his palette, the dialogue suddenly explodes, before falling back into banality.

Negotiating this dramatic world requires the finely tuned acting skills of the leading actors, especially in lead roles, which Golaszewski gets – Russell Tovey and Sarah Solemani in Him and herLesley Manville and Peter Mullan in Mom. This time it’s Sean Bean and Nicola Walker, and none have been more impressive.

As Ian and Emma, ​​they go through the motions of their marriage hiding behind toothy smiles, but neither can fool the other for long with this scheme. The opening sequence shows them at an airport cafe, where Ian tries not to be grumpy because he wanted a jacket potato and Emma offered him fries instead. She quickly realizes that it’s not the potato that’s bothering him (he ate all the fries, after all, she points out) but the nerves about the theft. The argument escalates hilariously as they settle into the plane, the volume increasing with each volley, but suddenly he reaches across the aisle to grab her hand during takeoff. And you realize that Emma knows her husband of nearly 27 years all too well, yet he’s happy to let the situation erupt and then work itself out.

Why do we watch this ordinary-looking couple, who live in an unassuming brick house in a town with no name, argue over food? It’s part of Golaszewski’s skills that he can make everyday life so full of emotion and meaning. Beneath all the prosaic verbiage, there is usually a big, aching heart. Like with Emma and Ian. He recently lost his mother, then his job; she must ward off the sulky manipulations of her widowed father (the most beautiful game of James Bolam, pictured above), who wants his full attention. There are also secret heartbreaks in their family history, though they have a seemingly well-adjusted black adopted daughter, Jess (Chantelle Alle), an aspiring singer-songwriter.

In this small domestic arena, Golaszewski quietly questions big ideas: how should people behave, especially married people? Is frankness always good, pretense always bad? Is marriage the opposite of freedom? What drives the drama most, however, is the palpable sense that he loves his characters, no matter how unglamorous.

The dramatic plot unfolds in soft touches that we recognize with a wry smile – the escapism in loading the dishwasher when trouble lurks, the shared jokes that still hold value after a quarter of a century, the moment when words fail and only a big hug do. Ian, we have just seen, has seen his life turned upside down by the dismissal and does not yet know what the way forward is. He is bored and aimless, scaring strangers away with his desire to connect with them, while pretending he is having a good day.

There’s real pathos in watching Bean’s manly body trying to make its presence felt, when he clearly feels he’s invisible or obnoxious to the phone-obsessed youngsters around him. Even his daughter greets him less eagerly, he notes, if she’s with her shrewd record producer boyfriend, Adam (Jack Holden, shown below with Chantelle Alle), a man with disturbing and aggressive opinions about his role in her life. Emma instantly hates him for asking for more salad and then not eating any. Under Golaszewski’s microscope, one cannot help but see a coercive controller in the making. 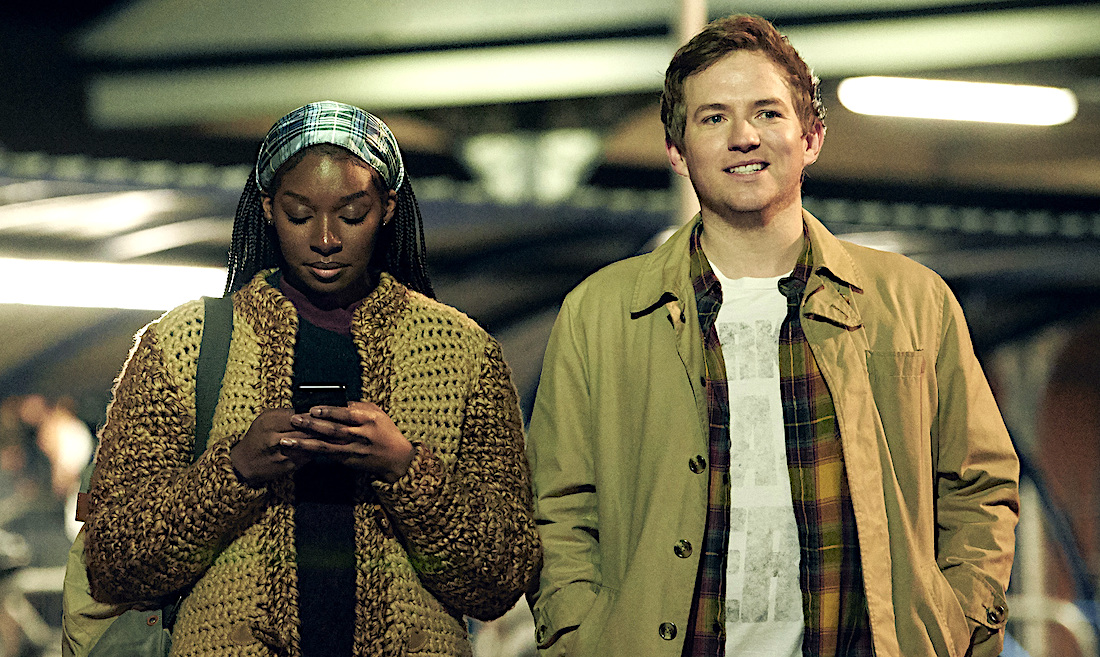 Emma’s role as office manager gives her a degree of independence, especially from Ian, who is instinctively jealous of his smart young lawyer, Jamie (Henry Lloyd-Hughes). Jamie is the kind of man who can rattle off the performance stats of his expensive car, but rudely dismiss important questions; he has his own devils to beat. Emma is dangerously eager to impress him: the woman appalled at the price of everything these days suddenly pays £3 for an extra avocado in a salad like the one Jamie has just ordered.

Throughout, Bean and Walker unfurl their expressive faces like super-sensitive weather maps, the cloudiness and the sun taking turns registering without a word being spoken. They can lie quietly on a sofa, watch TV and devour shrimp crackers, and you can’t take your eyes off them. Pay attention to an extraordinary wordless sequence on a graveyard bench that has to rank among the great TV drama scenes.

It’s not just the acting that impresses. There’s an almost art-house zing to the pacing and editing, an instinctive feel for when to cut or cut a scene, when to play it in total silence or drown out its dialogue in the sound of drills and sirens. Another masterstroke is the Pulitzer-awarded opening theme and end credits: part of the Left for eight votes by young American Caroline Shaw, who weaves spoken vocal lines of relentless instructions – “To the side, to the side, and around, turn around, to the midpoint” – into a cacophony. Inside this frame, Emma and Ian continue, hand in hand, as their personal cacophony builds; from one angle, small and helpless, from another, heroic. Wonderful.