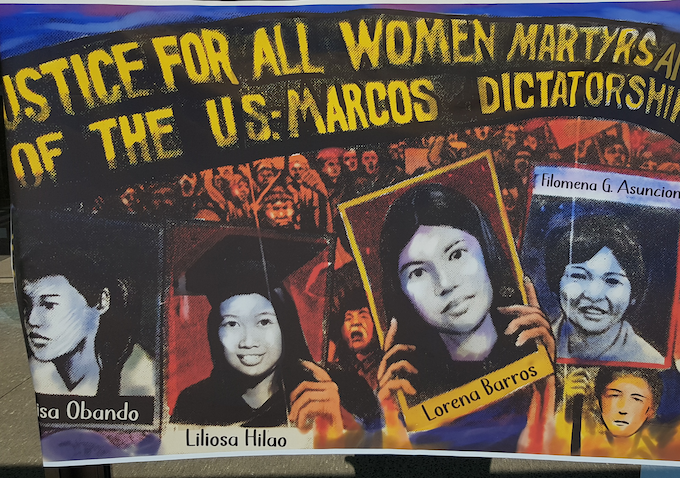 Seven weeks ago, the Filipino film revealing the truth about martial law Katips basked in the limelight of the country’s FAMAS National Academy Film Awards, winning Best Picture and a total of six other awards.

Last week, he began a four-month “world tour” of 10 countries starting in the Middle East, followed by Aotearoa New Zealand today – hosted simultaneously at the AUT South campus and in Wellington and Christchurch.

The screening of Vincent Tañada’s harrowing musical drama – especially the graphic torture scenes – but also joyful and poignant touched raw nerves among many viewers who shared tears and their experiences of living in fear or in hiding during the hate-filled Marcos. dictatorship.

Denunciations of martial law, arbitrary arrests, disparecidos (“disappeared”), brutal torture and murder by state assassins in the 1970s made the red-baited witch-hunts of the McCarthy era in the United States look like picnics of Sunday school.

Amnesty International says more than 3200 people were killed35,000 tortured and 70,000 detained during the period of martial law.

Tañada dismissed claims that the film had a political purpose to sabotage the leadership of the dictator’s son, Ferdinand Bongbong Marcos Jr, who won the presidency in a landslide victory in May elections to sack the Marcos family. in Malacanang.

He has insisted in numerous interviews – and he repeated it in a live exchange with audiences in Auckland, Wellington and Christchurch – that the film is educational and that its intention is to counter the disinformation and to ensure that the story is remembered.

“You know, as an artist, our goal is not just to entertain people, but more important than that, we’re here to educate,” he says.

“We also want to educate young people about the atrocities – the reality of martial law.

“History is being forgotten little by little. We forgot that in the last elections and I guess we also have a responsibility to educate and let young people know what happened during those times.

Rarely are such brutal scenes of torture seen on the big screen, and ahead of the main screening at AUT, organizers – Banyuhay Aotearoa, Migrante Aotearoa and Auckland Philippine Solidarity – showed two short films made by the University of the Philippines and Santo Tomas University in Manila featuring survivors of martial law describing their horrific treatment during the Marcos years to contemporary students.

Some of the students burst into tears while others, surprisingly, remained impassive, sometimes with a look of disbelief.

Love story of a freedom fighter
In a word, Katips tells the love story of Greg, a medical student and leader of the National Unions of Students in the Philippines (NUSP), who along with other freedom fighters stage a mountainside protest against martial law called Mendiola.

His teacher is kidnapped by Metropol State Police, murdered, and his body dumped in a remote location.

The protesters begin a vigil and the police brutally suppress the protest and arrest and kidnap other freedom fighters. They are subjected to atrocious tortures and their bodies thrown.

A refuge called “Katips House” welcomes Lara, a New York actress and the daughter of the murdered professor who visits Manila but does not yet know the fate of her father. Lara and Greg form an unlikely relationship and their lives are turned upside down when “mother” Alet is kidnapped and tortured to death.

Greg and another protester, Ka Panyong, writer for the underground newspaper Ang Bayan, are forced to flee to the jungle for safety and become rebels. The two are shot while on the run, but manage to survive.

When Greg returns to Lara at the “Katips House” during the Edsa Revolution in 1986, he finds he has a son.

The film has a moving ending featuring the Bantayog of Bayania memorial wall to fallen heroes fighting martial law – a fitting antidote to the Marcos and their crude attempts to rewrite Philippine history.

Ironically, the same month as Katips was released in public theaters, another film, the selfish Maid of Malaçanangwas launched with the aim of perpetuating the myths of Marcos.