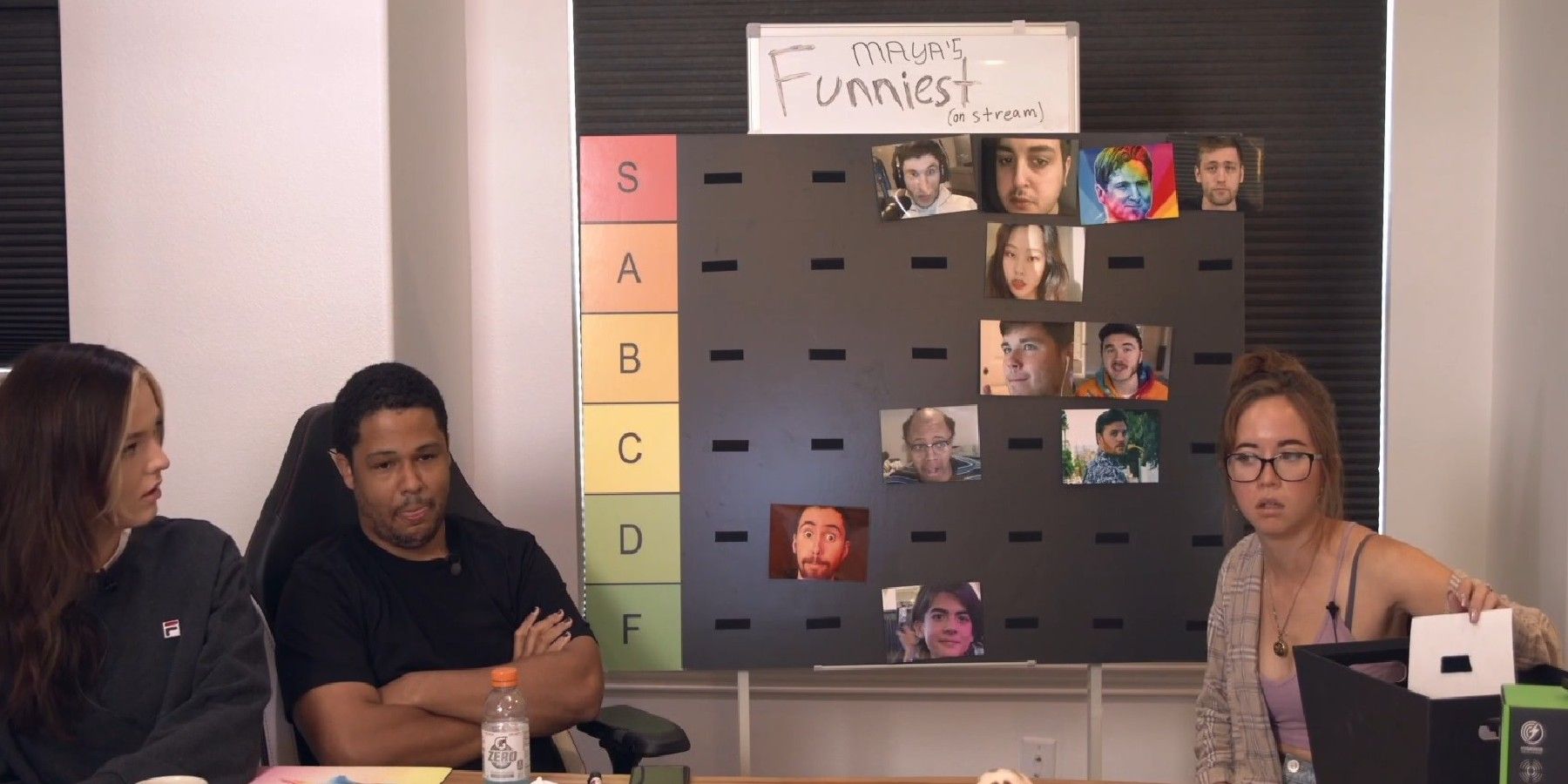 Tier lists have become a staple of Tic streamers in the Just Chatting category, and many livestreamers have embraced the idea like Asmongold, Mizkif and xQc. Popular Twitch streamer Maya Higa recently stirred up some Twitch drama like how others have done with such categorization by placing Amouranth at the bottom of her tier list.

During a Twitch stream on July 6, Maya joined Nick “Nmplol” Polom and Malena Tudi to reveal her list of the platform’s funniest livestreamers. Not too long ago, frequent Twitch stats leader xQc caused his own drama with a similar list in which he placed HasanAbi and Pokimane in Category B, inspiring xQc and Hasan to reconcile in person. Given where she places Amouranth and Hasan in her own tier list, Maya may have some tweaking to do after a snippet of her ranking started making the rounds on Reddit.

According to Maya’s list of funny content creators, Trainwrecks is in Tier S above Mitch Jones and 39daph is in Tier A, and recently returned streamer Jschlatt floats comfortably in Tier B. Asmongold is in Tier D just in below Will Neff in Maya’s tier list, and there are only a few streamers at the bottom tier. Maya sticks Amouranth and HasanAbi at the bottom of the tier list board next to Shroud while claiming that they aren’t intentionally funny, unlike Trainwrecks or Jschlatt. Nmplol remains unfazed by Maya’s ranking of Amouranth, but his placement of Hasan Abi causes him and Malena to temporarily leave the livestream as Maya justifies placing Hasan at F-level.

“Amouranth has made me laugh with some mindful jokes before,” Maya said during the aforementioned tier list stream. “That being said, funny isn’t what she does. But she can be funny. I’ll put her here, but she can be funny.” Maya said inserting Amouranth in the bottom, and she had equally harsh words for Hasan Abi. “He’s not supposed to be funny! He’s not supposed to be a funny streamer. That’s not his thing,” Maya said before placing him in the same controversial F-tier as Amouranth. Although she does not specify why she includes the two streamers in a list of funny Twitch streamers without considering them funny, Amouranth often opens Pokemon TCG packs during hot tub streams and Hasan regularly talks politics with his audience.

While it’s currently unclear what inspired Maya to create a tier list of fun Twitch streamers, many responses to the circulating clip insist it’s an effort to create drama. . Several Twitch viewers expressed agreement or disagreement with Maya’s tier list when it was created, and some continue to anticipate a response from Amouranth and Hasan on Twitch. A huge number of responses to the failing livestream message also called for Forsen’s inclusion, just as fans of the Others are protesting their favorite. Tic streamer placement.

2022-07-07
Previous Post: Megan Boone in “Accused” – Fox Anthology drama series
Next Post: Historical drama “Ahe Nilashaila” will be reenacted in the capital of Odisha from today