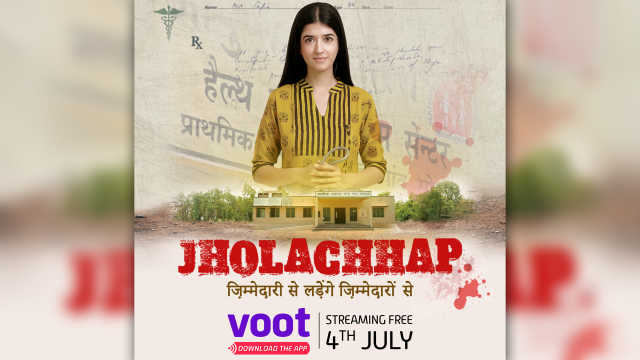 Voot is set to launch a social drama series titled Jholachhap. Created and directed by Jyotiprakash, the show will highlight the health crisis in rural India.

A young doctor Neha (Mehak Manwani) is stationed in a village where a series of unexpected events occur.

Speaking about his character, Manwani said, “I think raising awareness about improving the healthcare system in rural India has become the need of the hour, especially in these testing times. With Jholachhap, we aim to do just that but in an entertaining way! It’s an interesting story of a very ambitious doctor who aims to change the system with his service and the evils of society trying to lay obstacles at every step of his journey.

He said, “As a Jitender, I played the antagonist of Jholachhap whose main goal is to ensure Dr. Neha is banished from the village for personal benefit. This web series is pure entertainment and includes comedy and drama, complete with an underlying social message. I really enjoyed working with the show’s star cast, and I’m super pumped for the show! »

The release date for the series has yet to be announced.