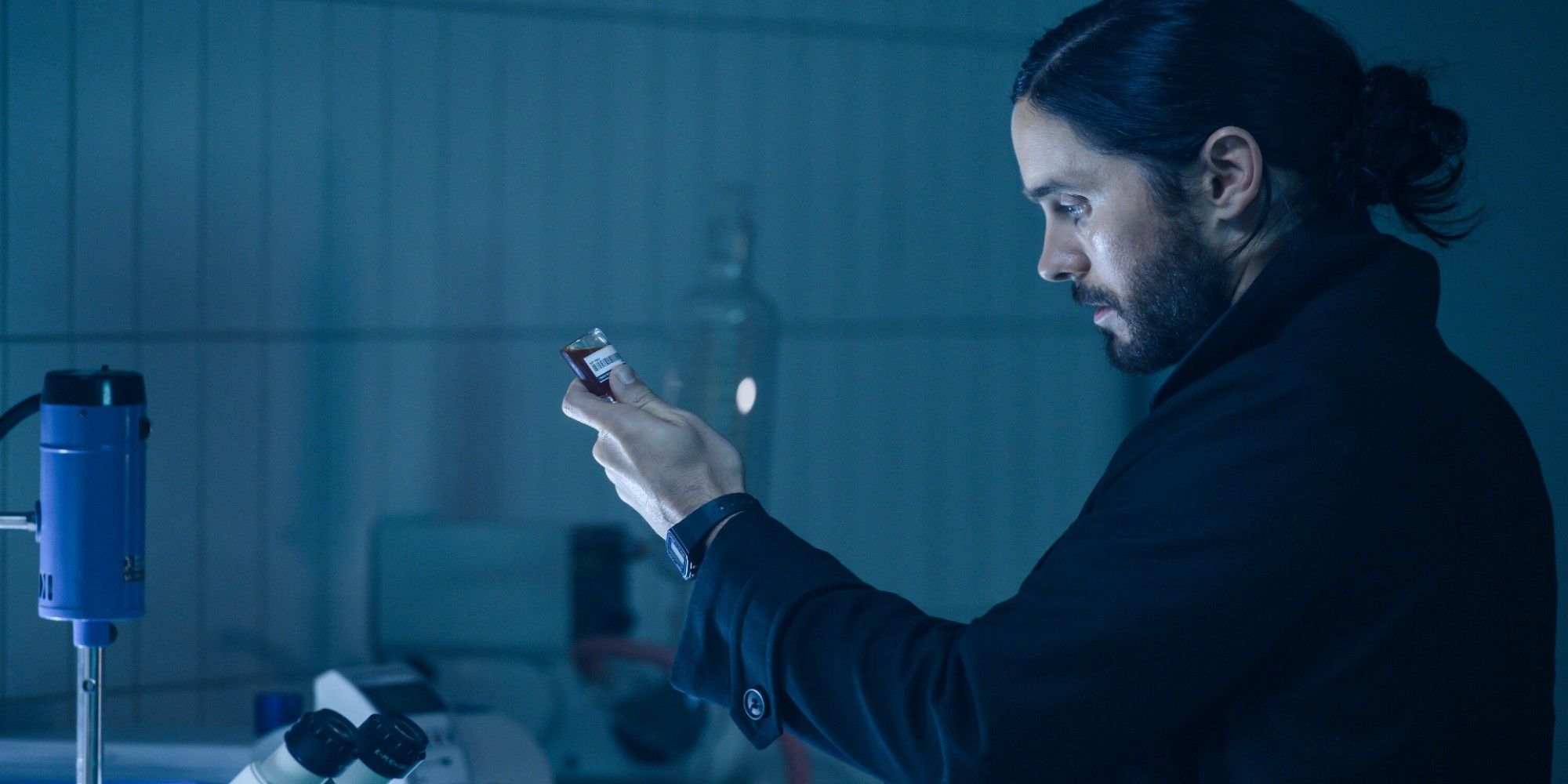 Morbius is a bad superhero movie, but a great medical drama

Jared Leto’s Morbius would have been better served on TV as the lead in a medical drama rather than getting his own superhero movie.

WARNING: The following contains spoilers for Morbius, in theaters now.

Critics haven’t been kind to Jared Leto’s adaptation of Morbius. Like its stablemate Sony, the Venom series, Morbius was critically savaged but found a more receptive audience among moviegoers. Even that is relative, as its 70% positive viewership rating is somewhat lukewarm compared to more popular superhero films, which are typically around 90% among fans.

While taste is subjective, there’s a compelling case to be made that being a cog in Sony’s Spider-Man universe has kept Morbius to live up to its potential. Instead of being another superhero origin story with horror movie seasoning that exists primarily to set up a future movie, the character of Dr. Michael Morbius would have been better suited to a different medium and a completely different mix of genres.

Instead of a clunky mix of the superhero and horror genres, Morbius could have succeeded as a medical drama with supernatural influences. Being shod in the “superhero movie origin story” formula brushed aside the most interesting part of Morbius’ character: He’s a genuinely committed doctor who cares about his patients… who also finds himself struggling with overwhelming vampirism.

“Vampire Doctor” seems like a compelling pitch for TV, which is full of doctor shows. But somehow, “House, but he’s addicted to blood” wasn’t the inspiration for supernatural hospital drama. Morbius would be the perfect character to realize the potential of this genre mix. The challenge of balancing his need for blood with his literal life-or-death work in the hospital would create a storytelling engine that could fuel television seasons.

The bond Morbius formed with his young patient Anna is an example of something that would have worked better on television than in film. As it mirrored the touching scenes of Morbius and his childhood best friend-turned-nemesis Milo, Morbius’ the insistence on fitting the superhero movie mold meant he couldn’t focus on the good doctor’s bedside manner. A TV series could offer more balance between Morbius’ work as a doctor and his evolution into a supernatural vigilante. Allowing him to gradually transition into the role of a different type of Dark Knight would be a better way to introduce the character to a wider audience than the urgent work the film needed to undertake.

RELATED: Jared Leto’s Method Of Acting Out Morbius Led Him To ‘Need’ Help With Bathroom Breaks

Stuffing Morbius’ origin story into a two-hour span, which was also meant to include world-building for a burgeoning superhero cinematic universe, did the story a disservice. Characters like Tyrese Gibson’s Simon Stroud were poorly served in the film’s final cut. A full TV season or even a miniseries would allow more characters than Morbius to shine. Stroud’s presence would also add elements of police procedurals to the mix.

A Morbius The series giving equal weight to the doctor part of “Vampire Doctor” might seem odd, but a mix of genres isn’t uncommon in superhero comics. He’s set to become a big part of the Marvel Cinematic Universe in the next She-Hulk series, which is expected to lean into the comedic aspects of the source material, including an appearance by Howard the Duck. Even the recent Spider Man trilogy combined superheroics with classic teen movie tropes.

RELATED: Morbius Director Thinks The Spider-Verse’s Miles Morales Will Appear In The MCU

Since Sony is focused on establishing its Spider-Man universe, a Morbius television series have unfortunately never been on the table. Such a project isn’t as compelling a case for Marvel Studios getting full control of the Spider-Man license as the idea of ​​bringing the full lineup of Spider-Man characters into the MCU, there was. so no reason for something so substantial to even be considered. Morbius isn’t as popular a side character as Venom or Carnage.

That said, it’s still a shame that Morbius was shod in an unsuitable format during the character’s live-action debut. The idea of ​​a vampire doctor could make it to TV without featuring a living vampire. It’s a shame he didn’t have the opportunity to realize his full potential in a more hospitable environment. If he had gone the television route, he would have gotten much better reception.

Robert Curran lives in deep south Texas. He is a lifelong fan of comic books, video games, and professional wrestling. He spent five years in the trenches of his local comic book store. His work has appeared in WWE Magazine (when WWE had a magazine), Comics Should Be Good, and Inside Pulse. Follow him on Twitter @RBCURRAN.