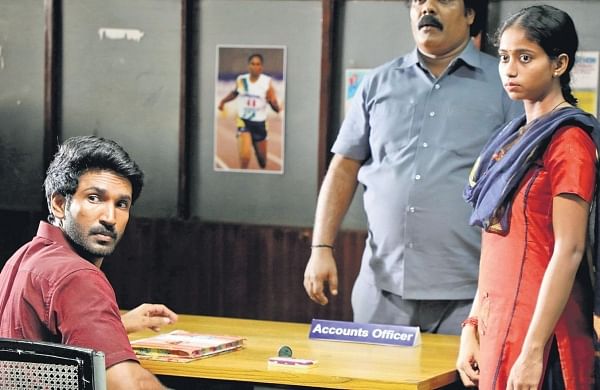 During one of Clap’s scenes, a sportscaster declares that a cricketer getting slightly injured is a story worth covering while an athlete winning a gold medal is relegated to a mere snippet.

Well, a similar thing happens in our Tamil films, as athletics films often don’t get the same treatment as cricket-based projects. Eeti, probably the only other Tamil movie based on athletics, is more of an action thriller than a sports movie. Maybe the directors think there’s a lack of “drama” in this sports format.

However, director Prithivi Adithya has not one but two athletes as protagonists in his debut film, Clap. He amps up the masala in this film by making his athlete hero Kathir (Aadhi) an amputee and decides to focus heavily on his internal battles rather than those on the track. Make no mistake, this isn’t a film about a budding Paralympian but about a wounded soul who wakes up one day to find himself stewing in a mundane office job.

Without a doubt, Clap deserves applause whenever he explores post-traumatic stress and Kathir’s phantom limb syndrome. I also liked how the relationship between a persistent Mithra (Aakansha) and the broken Kathir develops in the film. This dynamic could have turned toxic in the hands of an incompetent creator, but Prithivi assures that the relationship is built on an underlying mutual respect.

The racer film faces its first hurdle (pun intended) when it actually enters the tracks. Krisha Kurup’s Bhagyalakshmi is an orphan from an oppressed caste, and she fits the model of an outsider protagonist. The small town girl, however, is completely invincible when she starts running.

She makes every victory feel like a cakewalk. However, this comes across as a deterrent as it’s no fun when you know who the winner is. To be fair, that invincibility wouldn’t have been a dealbreaker in a superficial masala artist with a demigod hero, but for a movie as grounded as Clap, that seems alien. Every sports drama worth its salt is elevated by its background score.

However, despite Ilaiyaraaja’s name attached to Clap’s music, the film’s BGM and solitary song are awfully ordinary. It’s unreal to realize that the man who gave us Mouna Ragam, Punnagai Mannan and Karagattakkaran also worked in Clap.

Invested performances from most of the main cast make up for the laid-back pacing and predictability of the storyline. Aadhi delivers his career best performance as Kathir. Every time he screams in pain or squirms in helplessness, we understand that pain. Aakansha, who was completely in a bad mood during his recent Tamil debut Veerapandiyapuram, is perfectly in tune with his role, proving that an invested creator can make a lot of difference. But it was shocking to watch the ever-reliable Nassar ham work his way through a role that may very well be considered his easiest paycheck.

The formula for making a successful sports drama is to get the audience to embrace its protagonist wholeheartedly. But the emotional investment we have with Kathir is clearly absent when it comes to Bhagyalakshmi. If Prithvi Adithya had bridged this gap, this Clap would have resonated louder and longer in our hearts.