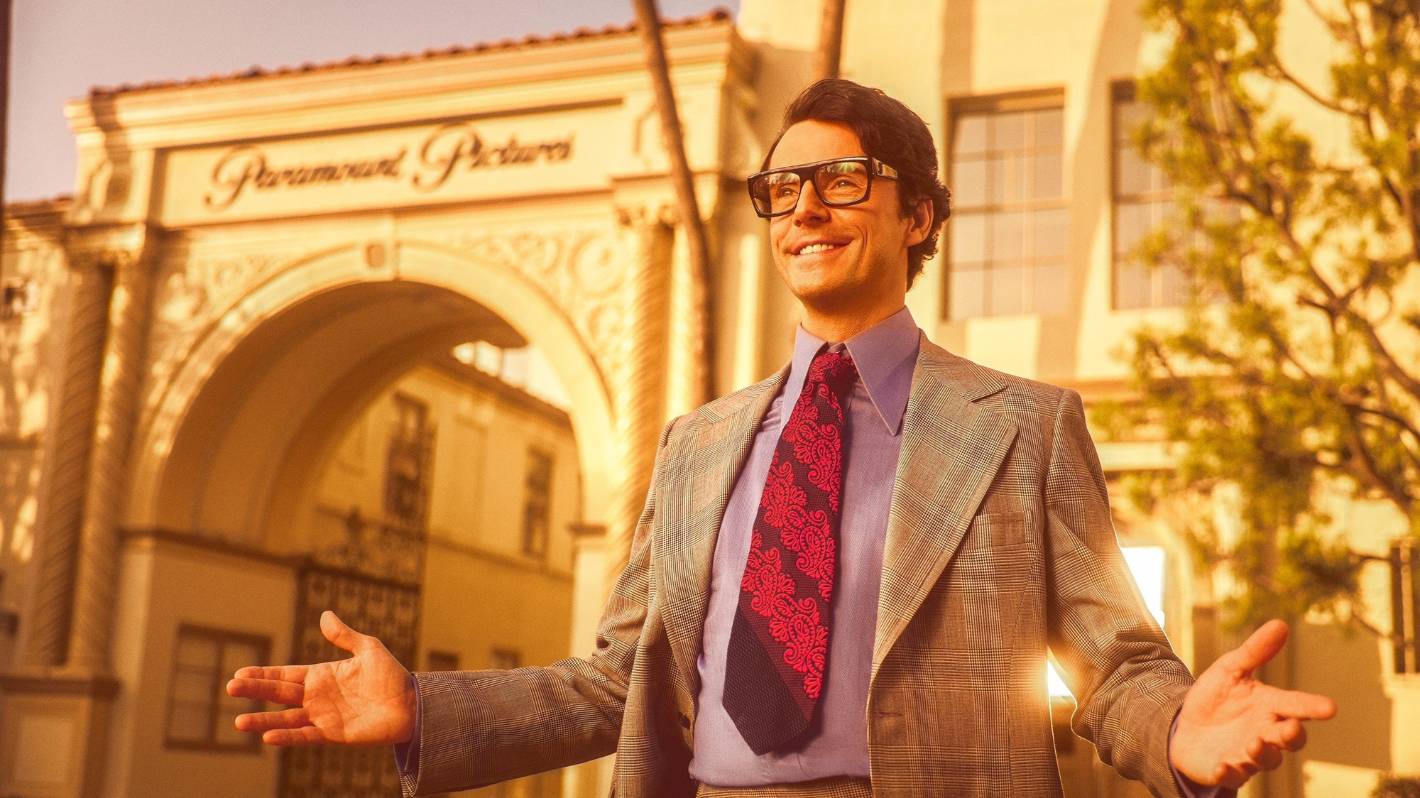 The Godfather tops the list of many people’s favorite movies. From its opening line – “I Believe in America” ​​- this classic mob film is a compelling story about how one family comes to symbolize the corruption of the American dream.

However, the story behind the making of the film is also truly gripping drama – as demonstrated by The Offer, a new 10-part series.

“The Offer is the story of producer Albert S. Ruddy, who had to go to war to get The Godfather made,” Toscano explains.

“It is told from Ruddy’s point of view and examines the many challenges he faced – from evading warrants from his corporate bosses, threats from the real-life mob, all the while navigating the nuances of Hollywood to to do work.”

The drama depicts the severe and constant pressure that Ruddy (played by Miles Teller) endured while trying to get The Godfather off the ground.

He leads a life of constant stress. It’s not hard to see why one of his most famous quotes is, “Show me a relaxed producer and I’ll show you a failure.”

Toscano goes on to highlight why – 50 years after it was directed by Francis Ford Coppola and adapted from Mario Puzo’s bestselling novel – The Godfather remains such a landmark film and such a great subject for a TV series.

“I grew up with The Godfather. The first time I saw it I wasn’t even a teenager. I was captivated by the masterful and subtle narration.

“It became the high point in my mind of what was possible and it continues to inform me.

“To this day, I discover new things every time I watch it. I can keep watching it because The Godfather explores the most universal theme of all – family.

Lead writer Michael Tolkin, who also scripted the Oscar-nominated movie The Player, admits he had to do tons of research for The Offer.

“The only story I know about filming The Godfather is that Mario Puzo got into a fight with Frank Sinatra one night at Chasen’s restaurant in Hollywood. So I wrote five minutes of the show. I only had nine hours and 55 more minutes to complete.

Once he began contemplating the vast amount of source material, Tolkin was grateful to write a 10-part television series rather than a movie.

“TV has become the big delivery system for storytelling now,” Tolkin says. “We’re happy to watch 10 hours of a TV series rather than 90 minutes of a movie most of the time.”

For the actors, the biggest challenge was to play real characters. Matthew Goode talks about the difficulty of portraying legendary studio executive Robert Evans, the subject of a famous documentary called The Kid Stays In The Picture.

“I would say Bob Evans was pretty well known, so I found it pretty terrifying when I got the job.

“I felt a lot better when I was doing my scenes with Marlon Brando (who’s played by Justin Chambers). It actually gave me a lot of comfort. I was like, ‘I’m against you, but let’s see what you got. , my friend’.

Goode, who has also had starring roles in The Crown, Downton Abbey, Brideshead Revisited and A Discovery Of Witches, continues: “There’s so much you can find on the internet. As Bob himself said, “there’s always your side, the other person’s side, and then the truth.” I also discovered a lot of things by talking to people in Hollywood. They were like, ‘Hey, Bob used to go to the same hairdresser as me, this, that and the other…'”

Whiplash and Divergent star Teller also admits he found it difficult at first to play someone real in The Offer.

“There is a great responsibility when you take someone’s life and retell it, especially a life as full as Al’s. If someone made a movie about my life, you couldn’t even make 30 minutes of it. I mean, I love my life, but nowhere is it as entertaining as Al’s.

“More than anything, I just had fun playing him, just being able to tell his story. I wanted to text him and tell him. ‘Al, this is so much fun. Playing you is really keeping me on my toes”.

The Offer, airing on TVNZ OnDemand from April 28.