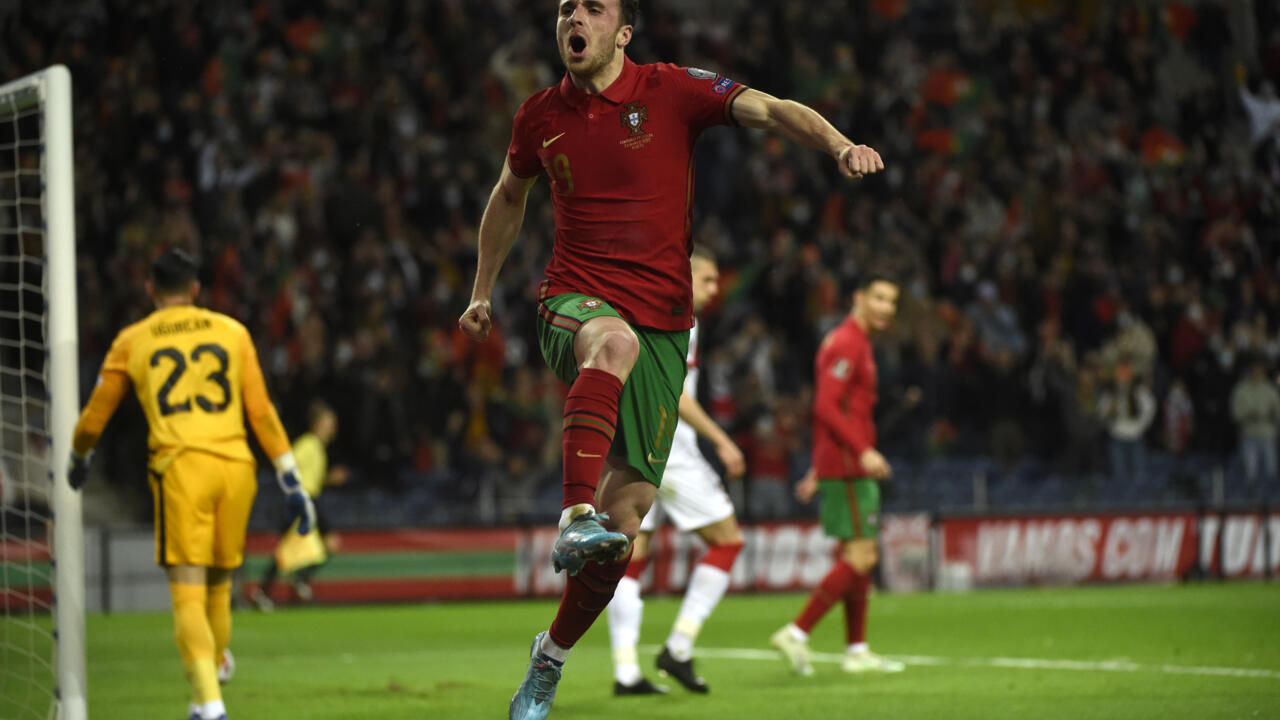 Porto (Portugal) (AFP) – Portugal will advance to a decisive World Cup qualifying play-off final next week after beating Turkey 3-1 in Porto on Thursday, but only after Burak Yilmaz missed a crucial late penalty for the visitors.

The home side were cruising at the Estadio do Dragao thanks to first-half goals from Brazilian-born midfielder Otavio and Liverpool striker Diogo Jota.

But veteran Turkish skipper Yilmaz fended off a goal in the 65th minute, setting up a tense end to the game.

Turkey were then awarded a late penalty when a foul on Enes Unal was detected by the German referee following a VAR review, but Yilmaz put the kick over the bar and Matheus Nunes scored. ensured victory for Portugal in injury time.

Yilmaz, 36, may never have the chance to play a World Cup again as Turkey wait to get back to the final.

They haven’t played at the World Cup since finishing third in Japan and South Korea in 2002.

Portugal have not missed the tournament since 1998 and now expect to secure a place in Qatar when they host North Macedonia in a decisive match next Tuesday.

At 37, Cristiano Ronaldo’s dream of World Cup glory lives on and few teams in international football can match the attacking threat of Fernando Santos’ side.

The 2016 European champions started strong and took the lead on the quarter-hour as a Bernardo Silva shot hit the post and Otavio, earning only his third cap, scored the follow-up.

The second goal arrived three minutes before the break at the end of a flowing move, as Otavio clipped a cross from the edge of the box for Jota to head for the back post.

Portugal were cruising, but Turkey pulled one back in the 65th minute as Cengiz Under slipped a pass for Lille striker Yilmaz to score.

The home side, missing their first-choice centre-back duo of Pepe and Ruben Dias due to Covid-19 and injury respectively, started to look shaky and Turkey took advantage.

Jose Fonte’s contact with Unal in the box was initially missed by referee Daniel Siebert but he awarded a penalty after reviewing the footage, although the Turkish player clearly exaggerated the impact of the challenge.

Yilmaz could have forced extra time but his kick in the 85th minute grazed the bar and flew away, much to the relief of the home crowd.

Substitute Nunes, also born in Brazil, made it 3-1 in the fourth minute of injury time, in which international all-time top scorer Ronaldo also hit the bar as Portugal progressed .

2022-03-24
Previous Post: ‘Teenage drama’ led to fights at Newtown High School
Next Post: Yak in the classroom: How a low-budget Bhutanese drama made Oscar history