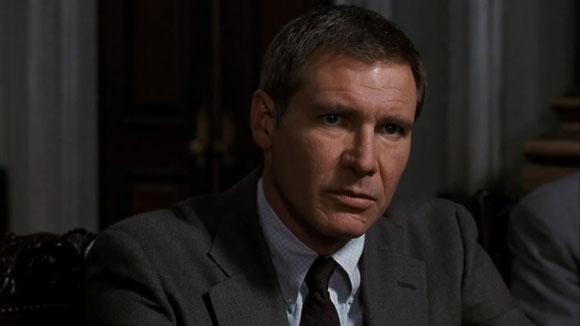 presumed innocent heads to Apple TV+. The streaming service has ordered the new legal thriller series based on Scott Turow’s novel. This is not the first time the novel has been brought to the screen. A film adaptation starring Harrison Ford (above) was released in 1990.

David E. Kelley will serve as showrunner and executive producer along with Dustin Thomason, JJ Abrams and Ben Stephenson. A cast and premiere date will be announced later.

“Apple TV+ has revealed that it has landed presumed innocenta new eight-episode limited series based on the acclaimed book of the same name by Scott Turow that will be reimagined for the screen by master storyteller David E. Kelley (Big little lies, nine complete strangers), who will serve as showrunner and executive producer alongside executive producers Dustin Thomason (stone castle), JJ Abrams and Ben Stephenson of Bad Robot.

Inspired by Scott Turow’s beloved courtroom thriller, presumed innocent is the story of a horrific murder that upsets the Chicago prosecutor’s office when one of its own is suspected of the crime. Kelley, winner of several Emmy awards, reinvents presumed innocentexploring obsession, sex, politics and power and the limits of love, as the accused struggles to hold his family and marriage together.

What do you think? Are you excited about the presumed innocent A TV show is coming to Apple TV+?