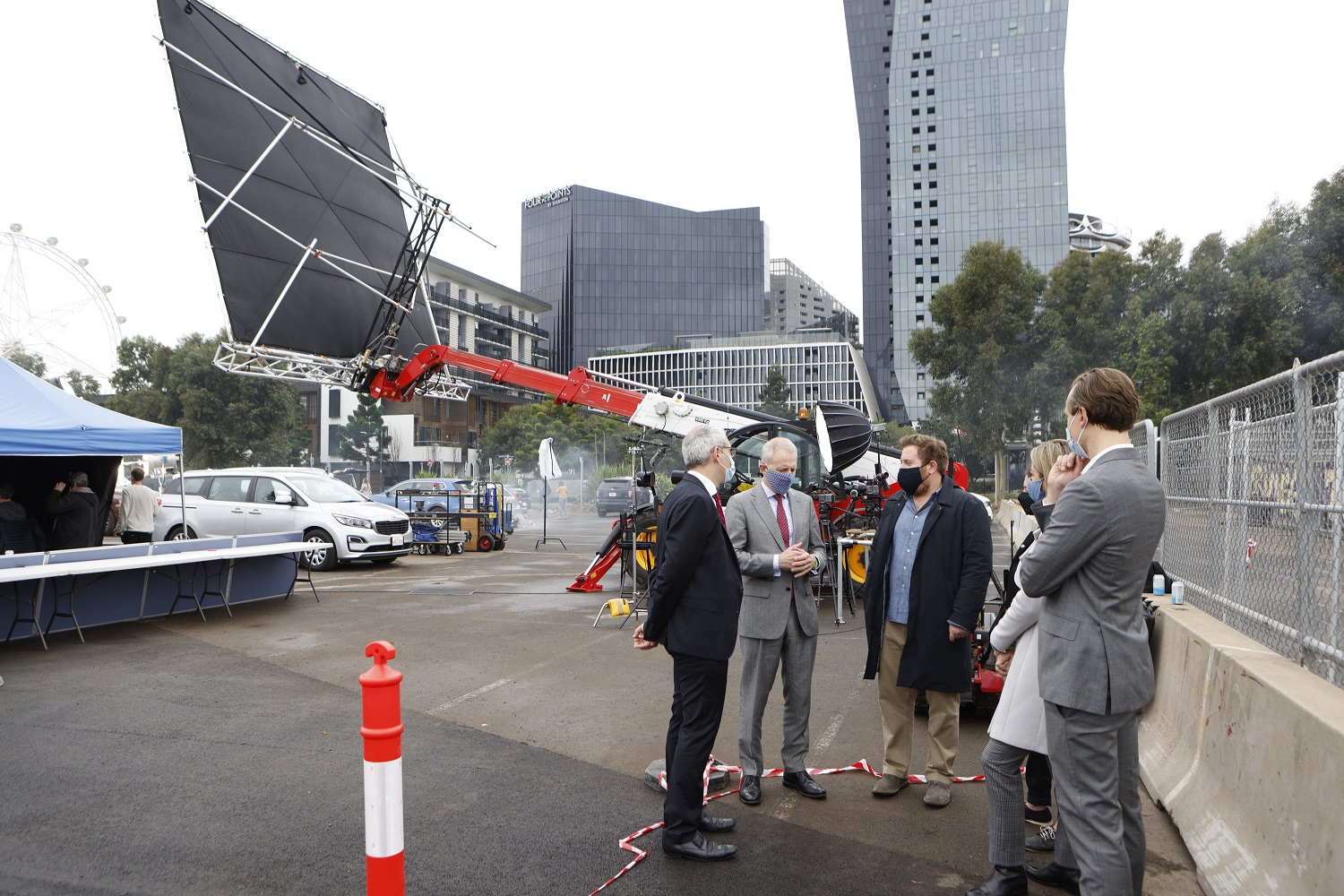 Victoria to Open Again for NBCUniversal Drama La Brea, which is returning to the state for a second season.

Created by David Appelbaum and produced by Universal Television with Keshet Studios, the series follows a family trying to survive after being separated by a huge chasm that mysteriously opens up in Los Angeles.

The first episode was the biggest TV project to film in Victoria for over a decade, lured to Australia by a $9.66 million grant from the Federal Government’s Location Incentive Scheme.

An additional $16 million from the incentive will go into the second season, with the expectation that more than $118 million will be invested in the economy and 390 jobs created, with production expected to use the services of 800 local businesses.

Universal Studio Group and Matchbox Pictures will also partner with the Australian Film, Television and Radio School (AFTRS) for a training initiative dedicated to virtual production.

Minister for Communications, Urban Infrastructure, Cities and the Arts, Paul Fletcher, said the production would provide another opportunity to create a pipeline of jobs to develop the next generation of industry professionals. screen.

“The return of this series to Australia is a testament to our talented screen industry and stunning landscape, which has both captured the attention of viewers around the world and won La Brea a 2021 People’s Choice Awards nomination,” he said.

By announcing the renewal of La Brea late last year, NBC said the drama had reached 47 million viewers across linear and digital platforms since its September 28 launch, while also being the number one program among 18-49 year olds.

“This is the type of project that proves and expands the capability of the Australian screen industry,” he said.

“We are thrilled with the success of the first season and to be working with Universal Television and Keshet Studios again on the second season.”

Universal Television President Erin Underhill said Australia has proven to be the perfect setting to bring La Brea on the small screen.

“Paul Fletcher, the Australian Government and the local creative industry have helped make the show a success, and we look forward to giving back to the community with our new training initiative,” she said.