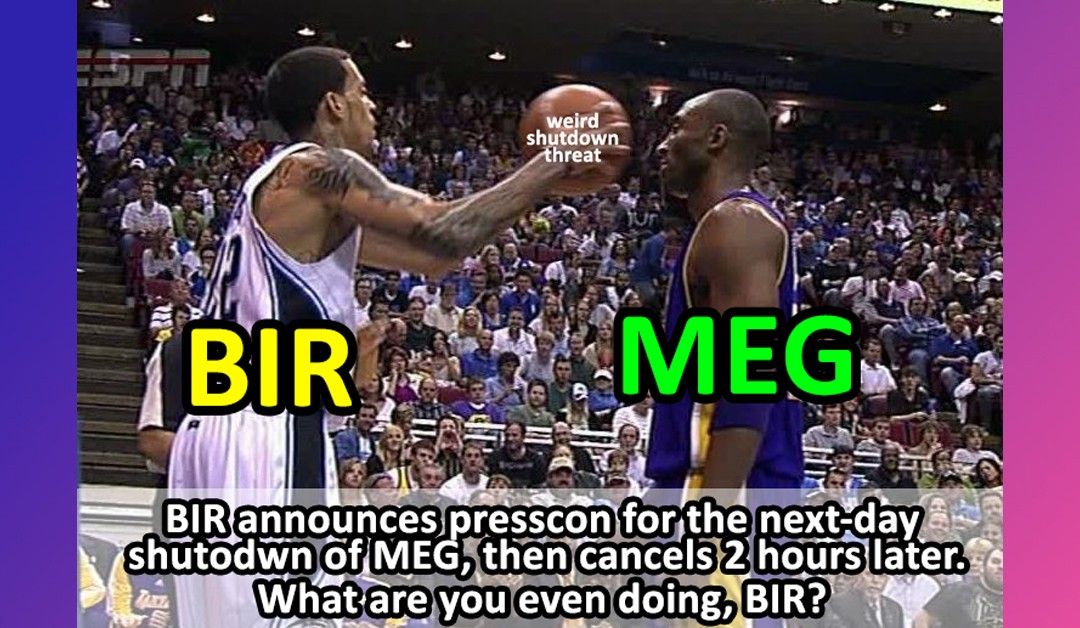 Confusion dominated the day for Megaworld [MEG 2.80 2.94%] [link] After news began circulating towards the end of the session yesterday, the Bureau of Internal Revenue (BIR) issued a media advisory that it would issue a shutdown order against MEG at MEG’s headquarters at BGC on the 18th may. The media advisory, which began gaining traction on Twitter around 1:30 p.m., said nothing about the nature of MEG’s alleged breach, which only added to the sense of chaos. Traders looking for updates were left in the dark as it took almost 3 p.m. for the MEG to post a clarifying statement to the PSE disclosure server.

What happened to the stock? When the news first broke, the stock plummeted. Within 10 minutes, the stock went from P2.74 to a low of P2.53/share, an 8% drop, on absolutely incredible volume. It was market moving news. Within 30 minutes of this low, however, MEG’s price had already returned to its pre-BIR price, and by the end of the trading day, the stock had actually moved into positive territory that day at P2, 80/share, up 3% on the day, but up 11% from that intense initial low.

How did MEG react? It took a while, but MEG finally pushed a statement to the exchange to say, “We got our hands on the media advisory regarding the shutdown order. We are currently verifying and clarifying this with the Bureau of Internal Revenue. That’s the whole statement. Two lines:

At the time all of this was happening, it seemed fitting that the statement be so short given the absolute approach the BIR had taken thus far. Minutes later, the MEG updated the media to say, “We have already contacted the relevant BIR regional office and the issue has been clarified and resolved.” The MEG also said it “continues to fully support government revenue programs.”

BIR Toggles: After forcing the MEG to scramble, the BIR responded by saying the issuance of its planned closure order was “on hold until further notice”, but did not provide further clarification on the nature of the original problem that prompted the BIR’s actions, acknowledging only that “Megaworld Corporation has shown full cooperation with all Bureau of Internal Revenue requirements”. Whaaaaat.

This Venue: The best part of the original BIR notice is that they planned to hold the media event announcing the closing order at 7:30am at Denny’s in Uptown Parade at BGC, which is a mall owned by MEG. Was this an intentional game on the part of the BIR, or just a complete coincidence? This is all just too crazy to be sure.

What is happening here?

For example, it’s good that the problem was so quickly defused by MEG, but what should shareholders take away from this debacle?

A suspension is not a cancellation, so the language of the BIR seems to ensure that it maintains its right to carry out its closure order.

Was this a confusion or misunderstanding, or is there still a material problem significant enough that the BIR considers an attention-grabbing stop notice to be the appropriate means of solve the problem ?

For the sake of discussion, let’s assume that the MEG has committed some truly heinous tax acts, such as failing to pay billions in taxes or committing open and provable tax evasion: what the hell is the BIR doing?

It’s not like MEG is a sketchy POGO with a post office box for a street address and company name, on printer paper, in Comic Sans characters, taped to the wall behind the receptionist’s desk.

It is a huge public company, owned by Filipino citizens.

There are a lot of administrative steps that the BIR seems to have skipped to push this press conference dispute.

Going a step further, let’s assume the MEG didn’t do anything wrong, and it was all just a big mess, the question is still the same: what the hell is the BIR doing?

We know next to nothing about this situation, but based solely on how quickly this appears to have been resolved, openly threatening a public company in this theatrical manner, during market hours, simply cannot be the right line. driving.

I am not taking sides here on the substance of the concerns (if any?) that BIR still has against MEG, I am only commenting on the validity, sustainability and fairness of BIR’s approach.

Sounds like barangay level stuff here. Nearly 400 million pesos worth of MEG shares changed hands in less than an hour as a direct result of what the BIR did.

Those who sold on the belief that government power was directed against MEG’s business continuity all lost money.

The panicked emails I received from Barkadans wondering if their investments were safe should tell BIR that these kinds of actions have real consequences. All we can do is stay tuned for more. What a mess.