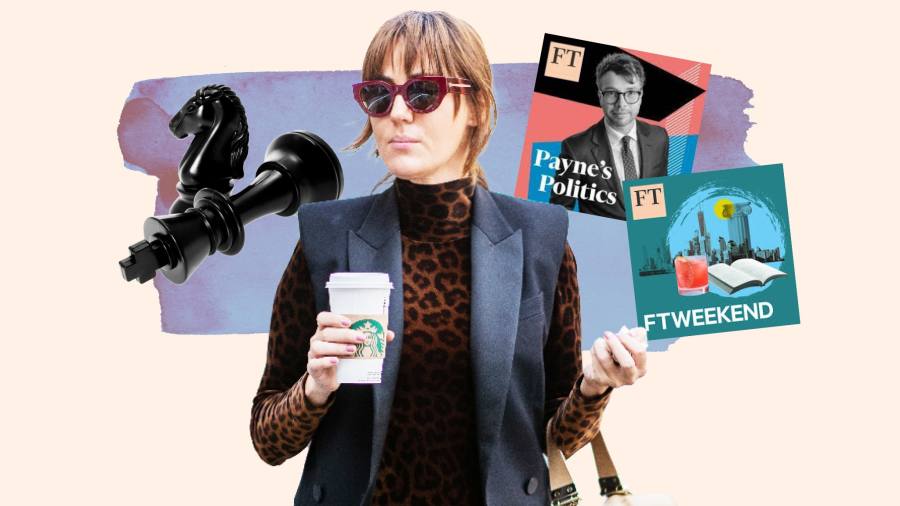 Something for the Weekend: Starbucks Drama, Chess Grandmasters, and Sleeping Out

This week’s most-read story on FT Edit? The news that Starbucks is considering selling its UK business.

Don’t panic, that doesn’t mean the UK’s estimated 1,000 stores are going to close.

But it’s remarkable that after two decades of investing in the UK, Starbucks seems to have decided to cash in and let someone else run its stores.

We caught up Olivier Barnesthe FT’s leisure industries correspondent, to ask what’s going on behind the scenes.

He told us he had been gathering advice for a while that Starbucks wanted out, and finally confirmed he had hired investment banker Houlihan Lokey in February to test the market for a buyer.

“Howard Schultz has only just returned to the throne as CEO, so that seemed to be the first signal of his new strategy,” he said.

In recent years, we’ve seen private equity groups pull a few strings; Bridgepoint bought Burger King and Fortress bought Punch Taverns, but Oliver suggested the Starbucks process is going slowly and there may be some jitters about consumer spending.

“You have to be careful before you see how the winter plays out. With rising energy prices and pressure on consumers, people want to wait until the first quarter of next year. A deal may well be done, but it could take another three to six months,” he said.

Meanwhile, with franchisees running 70% of Starbucks’ UK outlets, there’s a lot of nervousness about changes in management or the fee structure that could come with a new owner, he said. “We spoke to four or five groups with between 20, 30 and 100 franchises,” he said. “One said he asked (about a sale) but Starbucks pushed back and said they were part of their five-year plan.

How much can this be worth? It’s hard to tell from Starbucks UK’s accounts, but its stores have annual revenues of between £300m and £350m, and there’s the value of all the leases. And one last fun fact: Starbucks now sells more cold beverages than hot ones.

We love feedback. Let us know what themes interest you and what features you want to see. Email us at [email protected]

• Edwin Heathcote is one of the FT’s fanciest writers, and this week he’s asking why we’ve stopped sleeping outside. Just over a hundred years ago, homes around the world (including the White House) were designed with beds on the roof or elsewhere outside. “Porches, terraces and sleeping quarters (an Australian term) were almost strictly,” he writes. Air conditioning has killed the trend, but maybe it’s time to make a comeback?
Malcolm Moore (@malcolmmoore)
Editor, FT Edit

• Find 20 quiet minutes this weekend and treat yourself to this harrowing journey deep into the sanctuary of elite chess. As eight grandmasters vie for the chance to dethrone the world champion over 18 intense days, Oliver Roeder discovers a deeply idiosyncratic and obsessive world of tactics, threats and bluster, big characters and high stakes.
Hannah Rock (@HannahRockFT)
Deputy Editor, FT Edit

Our favorite fact of the week

The UK is the only developed country in the world where the workforce has not rebounded from the pandemic but has continued to decline.

something to listen to

Payne’s Politics — Our senior team is discussing the race for the next Prime Minister.

FT weekend — Just in time for summer, we have a mini-series on food and drink.

The standup discusses how he manages his money with Claer Barrett.

This FT film looks at the future of Northern Ireland after its troubled history.

2022-07-30
Previous Post: Uneven, wordy drama gives courtroom dramas a bad name – Reuters
Next Post: Wenyi Ding introduces drama into what turned out to be a rout, but hangs on to become the first Chinese man to win a USGA championship | Golf News and Tour Information