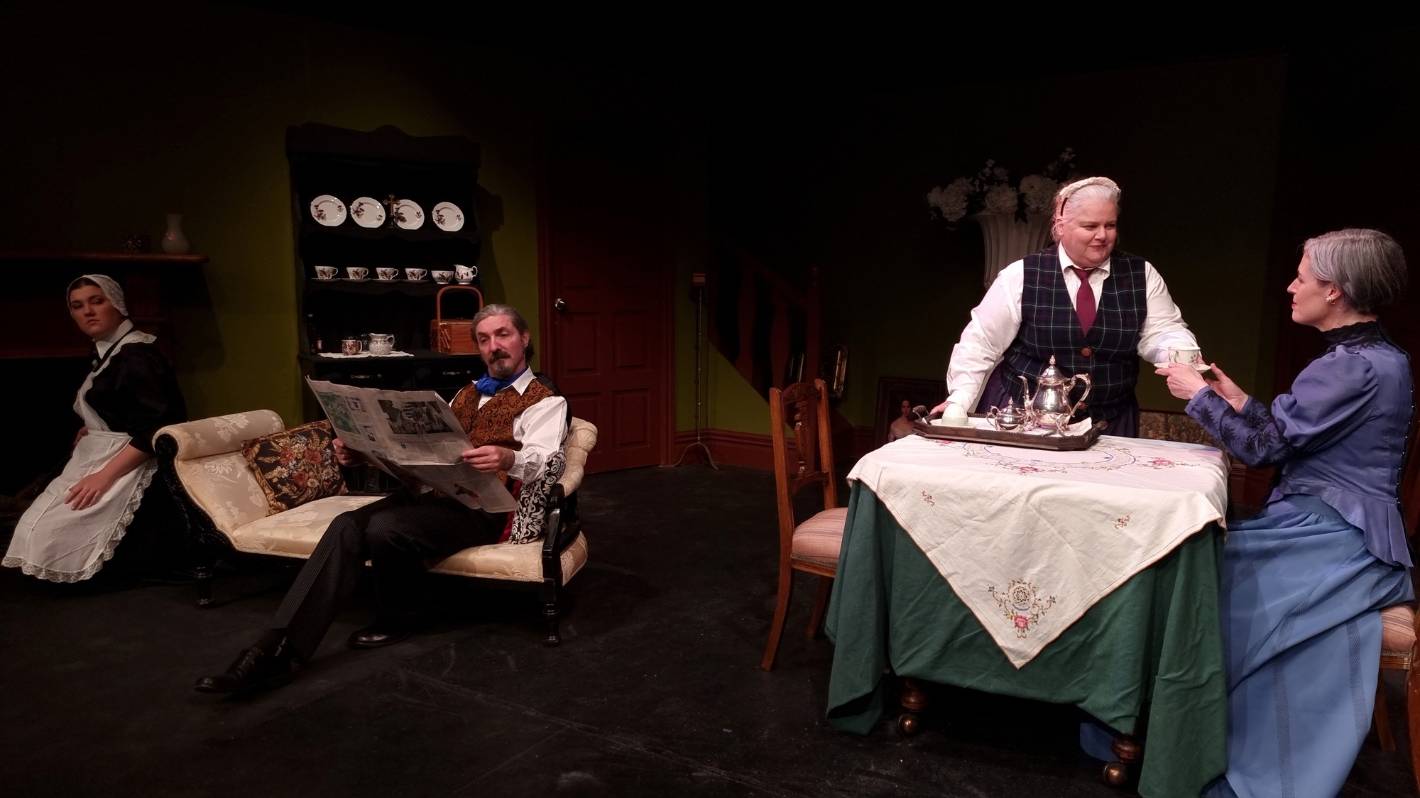 In Gaslight at Timaru are, left to right, Cat MacClure, as Nancy, Dave Mortimer, as Mr. Manningham, Stefanie Crawford as Elizabeth, and Anita Dawson as Mrs. Manningham.

The insidious nature of gaslighting and its effects will be portrayed on the stage of Timaru, in the latest offering from the South Canterbury Drama League.

The term gaslight gained prominence after the film Gaslight, also based on Hamilton’s play.

It refers to a subtle and nuanced form of emotional abuse, and show director Alice Sollis said the story would resonate with people of all ages.

READ MORE:
* Timaru Theater rehearsals continue online during lockdown
* Jesus question of respectful play may offend some
* Fun and upbeat show with a traditional story to get into the Christmas spirit

“Many I’ve spoken to have had some experience with gaslighting,” Sollis said.

“The term for this form of psychological manipulation comes from this play, but it’s also a story of recuperative strength and determination.”

The recent adaptation of the story, by Canadian author David Jacklin, features a fast-paced two-act version of the play, which keeps the action going.

Late one evening, as Jack is out, former detective Mr Rough, played by Joe Smith, arrives home unannounced, with a strange story to tell.

Despite the nature of the story, Sollis said the actors had fun during rehearsals.

“In the dark, we laughed, discussed the characters, their motivation, their stories, and the essence of the story we’re telling.

“At the end of the day, it’s entertainment, just like going to see a horror movie, we just have to do our job well enough to suspend the public’s disbelief.”

She said Covid-19 continued to impact the arts.

”I’m also directing The Addams Family Musical which is due to be staged at the end of August, and we have stunt doubles for all the lead roles on this show – a necessary and unique requirement in these Covid times.

“It’s to make sure the show goes on.”

Tickets can be purchased at iticket.co.nz.