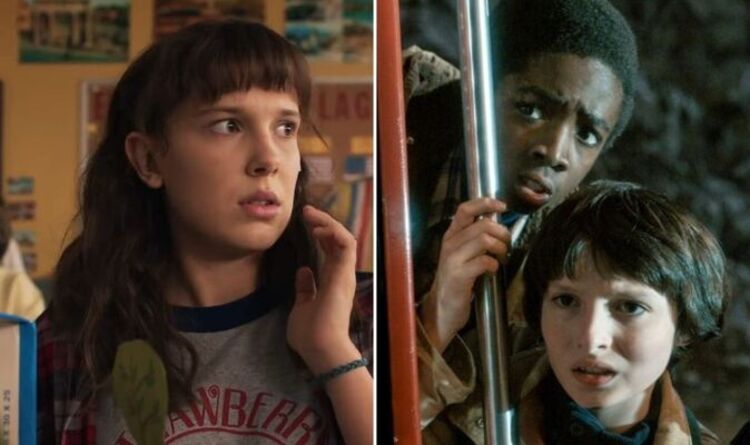 Sean Astin, who played Bob Newby, served as a stable relationship to Joyce Byers (played by Winona Ryder) in the second season of Stranger Things. Working as the manager of the town’s local Radio Shack, Bob became a major character before he met his tragic fate and was mauled to death in front of her by a young Demogorgon. However, since leaving the Netflix show, Sean has now landed a new television role, working with Dwayne Johnson.

NBC has confirmed that Sean Astin will join the cast of the second season of Young Rock.

The entire show takes place as part of the WWE star telling his life story as he runs for President of the United States.

Dwayne’s life is captured from growing up in Hawaii playing college football to sharing his father’s dream of becoming a professional wrestler.

Sean’s character arrives just before Election Day in an attempt to ruin Dwayne’s name, hoping to destroy his presidential bid.

The 51-year-old actor is perhaps best known for portraying Samwise Gamgee in Peter Jackson’s Lord of the Rings trilogy and Mikey Walsh in The Goonies.

Speaking about the new season, Dwayne teased, “Well, our 2032 era of season two picks up, finally really, where season one left off, which is the last two weeks of my presidential campaign.

“Things are going as well as possible [when] an unwelcome wrinkle, if you will, is coming back from my past and starting to really jeopardize my campaign.

The 49-year-old wrestler explained the difficulties actors face when trying to perform as a cage fighter for the first time in front of the cameras.

“There’s a reason why it takes someone years to learn how to be a professional wrestler and then years after that to really polish their craft,” he told ET Canada.

“These actors are doing the best they can. We have Chavo Guerrero, who is doing an amazing job as a fight coordinator.

Dwayne plays himself, while Uli Latukefu plays the star from 18 to 20, then Bradley Constant takes the reins at 15 and Adrian Groulx at 10.

With the first season becoming the most-watched sitcom on NBC in 2021, fans knew a second outing would be on the cards.

Adrian Groulx, who plays the youngest Rock, took a wrestling scene that viewers will see in a season opener.

The young starlet gushed about the experience, saying, “Even while they were training, it was like the best thing ever. I had so much fun, even before we got to the role of Dewey doing his wrestling game.”

It remains to be seen how exactly the Stranger Things star’s introduction to the comedy series will pan out.