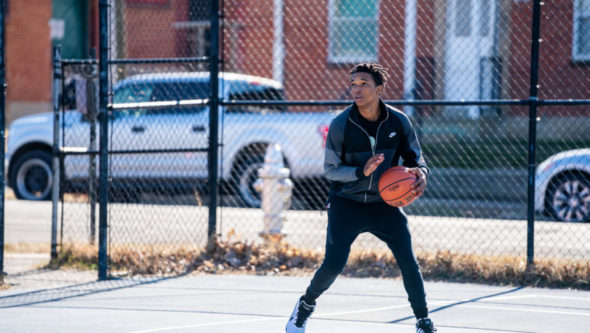 “Apple TV+ today announced that ‘Swagger,’ the emotional sports drama series inspired by NBA superstar Kevin Durant’s experiences in the world of youth basketball, has been picked up for a second season. captivating comes from creator, showrunner and director Reggie Rock Bythewood, who also serves as an executive producer alongside Durant, Brian Grazer and Rich Kleiman.After launching on Apple TV+ in October, “Swagger” quickly resonated with a multi-generational audience with its powerful ensemble performances and heartfelt story that follows the players, their families and their coaches who walk the line between dreams and ambition, opportunism and corruption.

“I’m thrilled to share more of the beautifully complicated lives of these incredible characters,” said creator, showrunner, director and executive producer Bythewood. “In season two, they will seek and discover what it means to be a champion on and off the court, and the game of basketball will continue to be groundbreaking. We are grateful to Apple TV+ for the platform.

“Swagger” explores the world of elite basketball clubs for youth, players, their families and coaches, and “the game within the game.” Off the pitch, the series reveals what it’s like to grow up in America. Stars O’Shea Jackson Jr., Isaiah Hill, Shinelle Azoroh, Oscar nominee Quvenzhané Wallis, Caleel Harris, Tristan Mack Wilds, Tessa Ferrer, James Bingham, Solomon Irama, Ozie Nzeribe and Jason Rivera are all set to come back and… reprise their roles for the second season.

The full first season of “Swagger” is now streaming worldwide on Apple TV+.

What do you think? Are you excited to see the second season of bluster?